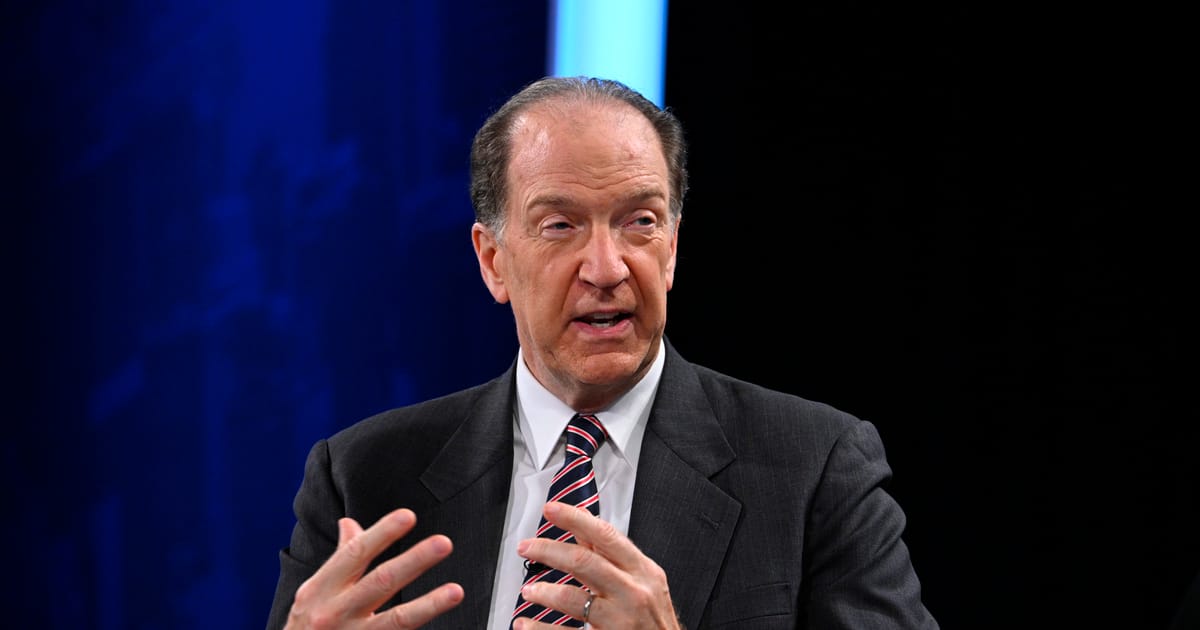 David Malpass caused an uproar after dodging questions about climate change at an event.
World Bank President David Malpass said in a note to staff Thursday that it is "clear" that humans are causing the planet to heat up by emitting greenhouse gases.

The note, seen by POLITICO, was sent following heavy criticism of his appearance at a New York Times event on Tuesday, when he dodged repeated questions about the science of climate change.

"I don't even know — I'm not a scientist," he said during the event.

NGOs and several leading climate figures immediately called for his position at the bank to be reviewed.

In his note to staff, sent Thursday, Malpass said: “On climate, it’s clear that greenhouse gas emissions from human activities are causing climate change, and that the sharp increase in the use of coal, diesel, and heavy fuel oil in both advanced economies and developing countries is creating another wave of the climate crisis. Anything seen in a different light is incorrect and regrettable."

He added that the bank's "continued work is critical to reduce greenhouse gas emissions, boost resilience, transition countries away from the most carbon-intensive sources of energy, increase clean energy access, and enable the private sector.”

Asked by POLITICO if he maintained confidence in Malpass, Merza Hasan, the dean of the World Bank board and its executive director, said the bank took climate change "seriously."

"In fact we did and [are] doing a lot when it comes to the global climate agenda," he said.