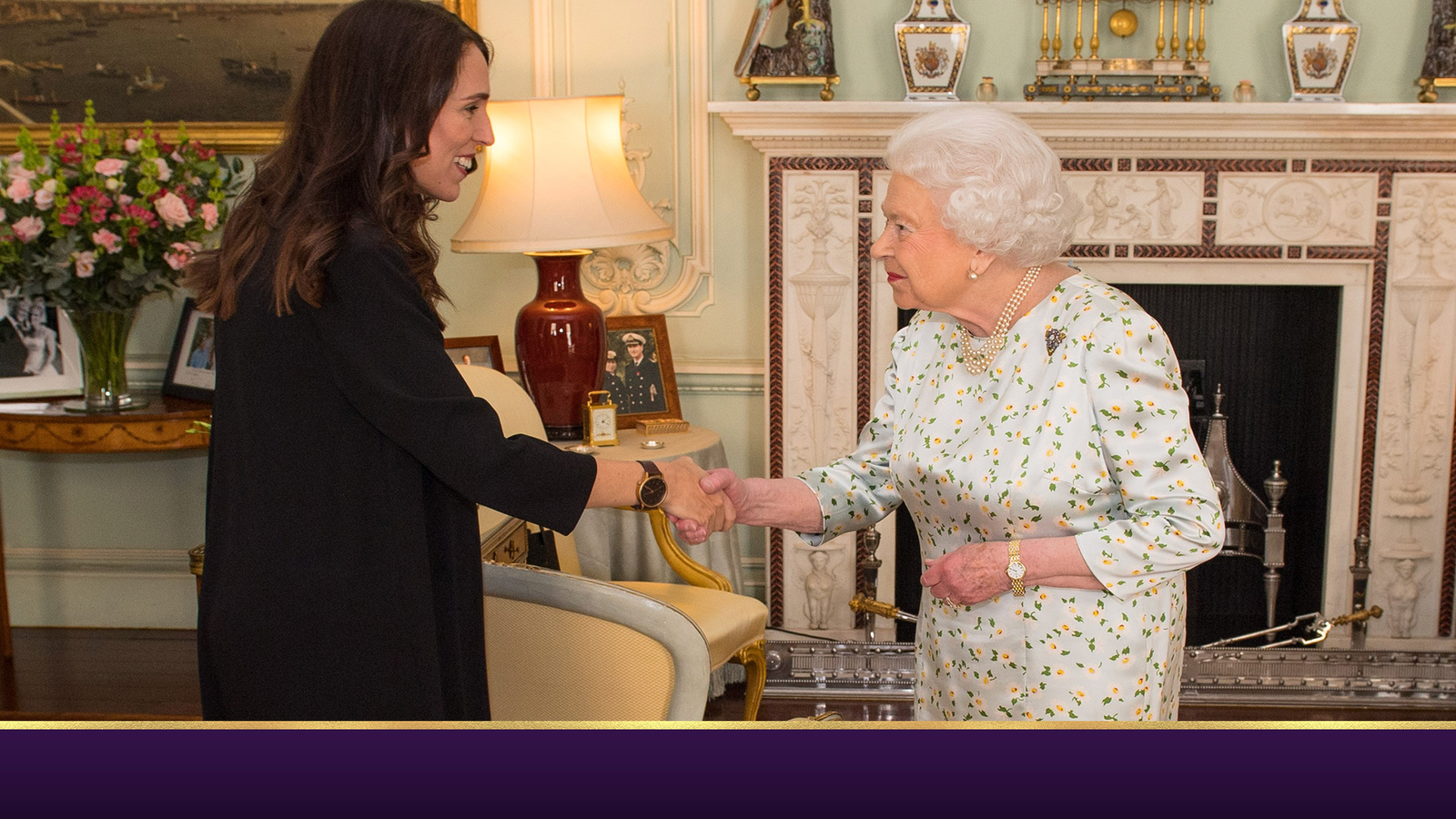 Woken at 5am by police at the bedroom door: How Commonwealth leaders heard the Queen had died

Queen Elizabeth was mourned across the 54-nation Commonwealth, a group built around Britain and its former colonies.

The prime minister of New Zealand has told how she was woken at 5am by a police officer shining a torch into her bedroom to tell her the news of the Queen's death.

Jacinda Ardern's anecdote, and subsequent heartfelt tribute to Her Majesty, is one of many from the heads of Commonwealth nations.

Under New Zealand's constitutional arrangements, the queen was also the country's monarch and head of state, and Ms Ardern described her as "extraordinary".

"The last days of the queen's life captures who she was in so many ways - working until the very end on behalf of the people she loved," she said.

She added that, like many other people, she was feeling not only deep sadness but also deep gratitude.

"Here is a woman who gave her life, utterly, to the service of others. And regardless of what anyone thinks of the role of monarchies around the world, there is undeniably, I think here, a display of someone who gave everything on behalf of her people, and her people included the people of Aotearoa New Zealand."

Another of the Commonwealth nations, Nigeria, gained independence from the British in 1960, four years after the late Queen's first official visit to the West African nation.

When the monarch last visited in 2003, she spoke of Nigeria's critical role in the Commonwealth and applauded the country for its "leading part in the new partnership for Africa's development".

Muhammadu Buhari, its president, expressed "immense sadness" over her death.

"Her late Majesty was the only British sovereign known to 90% of our population," he said, describing the late Queen's reign as "unique and wonderful".

He added: "The story of modern Nigeria will never be complete without a chapter on Queen Elizabeth ll, a towering global personality and an outstanding leader.

"She dedicated her life to making her nation, the Commonwealth and the entire world a better place."

The Queen's death comes as a growing number of British territories in the Caribbean seek to replace the monarch with their own heads of state, as demands grow that Britain apologises for its colonial-era abuses and award its former colonies slavery reparations.

Nonetheless, Caribbean leaders from Jamaica to Bermuda and beyond mourned the Queen's death.

Andrew Holness, the Jamaican prime minister, noted that since she was crowned in 1953, the Queen visited the island every decade until 2002.

"Undoubtedly, she formed a special bond with the people of Jamaica during her reign," he said. "We are saddened that we will not see her light again, but we will remember her historic reign."

In March, when Prince William and Kate visited Jamaica as part of an official trip to the Caribbean, Mr Holness made an unexpected announcement in public that the British Commonwealth country intended to become fully independent.

Since then, Jamaica has established a Constitution Reform Committee and is scheduled to hold a referendum in 2025. If approved, it would join other republics in the region including Barbados, Dominica, Guyana and Trinidad and Tobago. 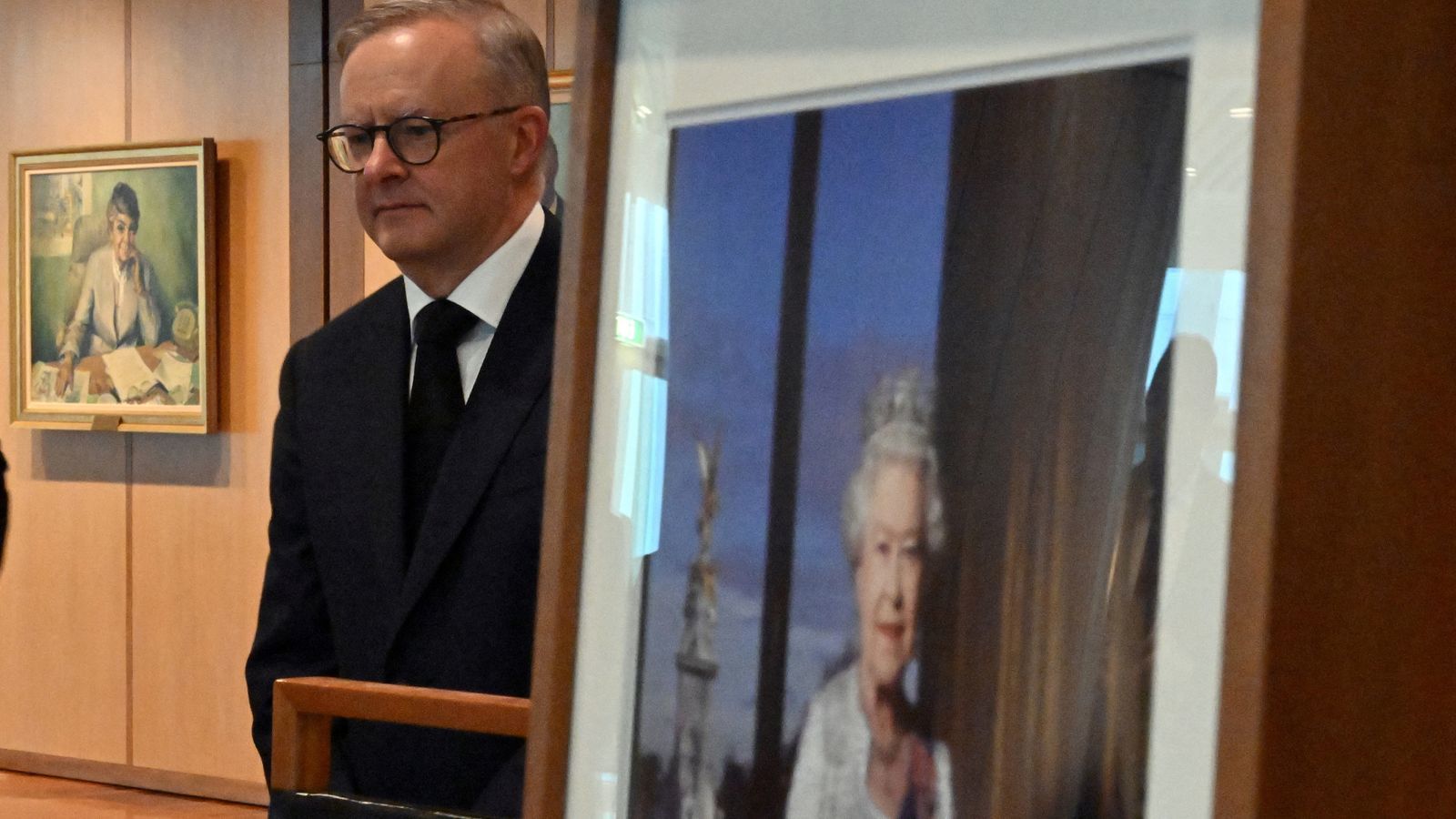 The Queen was Australia's official head of state, though today the role is considered primarily ceremonial.

Anthony Albanese, the prime minister, said she is the only reigning monarch most Australians have known and the only one to visit their country.

"And over the course of a remarkable seven decades, Her Majesty was a rare and reassuring constant amidst rapid change," he said.

"Through the noise and turbulence of the years, she embodied and exhibited a timeless decency and an enduring calm."

Canadian Prime Minister Justin Trudeau called her "a constant presence in our lives".

"Her service to Canadians will forever remain an important part of our country's history," he said.

"I'm having trouble believing that my last sit-down with her was my last," Mr Trudeau added. "I will so miss those chats."

The Queen, who was Canada's head of state, visited the country 22 times as monarch.

In Ghana, which became a member of the Commonwealth in 1957, President Nana Addo Dankwa Akufo-Addo recalled Elizabeth's visits and praised "the friendliness, elegance, style and sheer joy she brought to the performance of her duties".

"We shall miss her inspiring presence, her calm, her steadiness, and, above all, her great love and belief in the higher purpose of the Commonwealth of Nations, and in its capacity to be a force for good in our world," he said.

Bermuda Premier David Burt noted her reign "has spanned decades of such immense change for the United Kingdom and the world".

He said she had lived a life of "undimmed duty" and was a "model of strength and devotion to country".