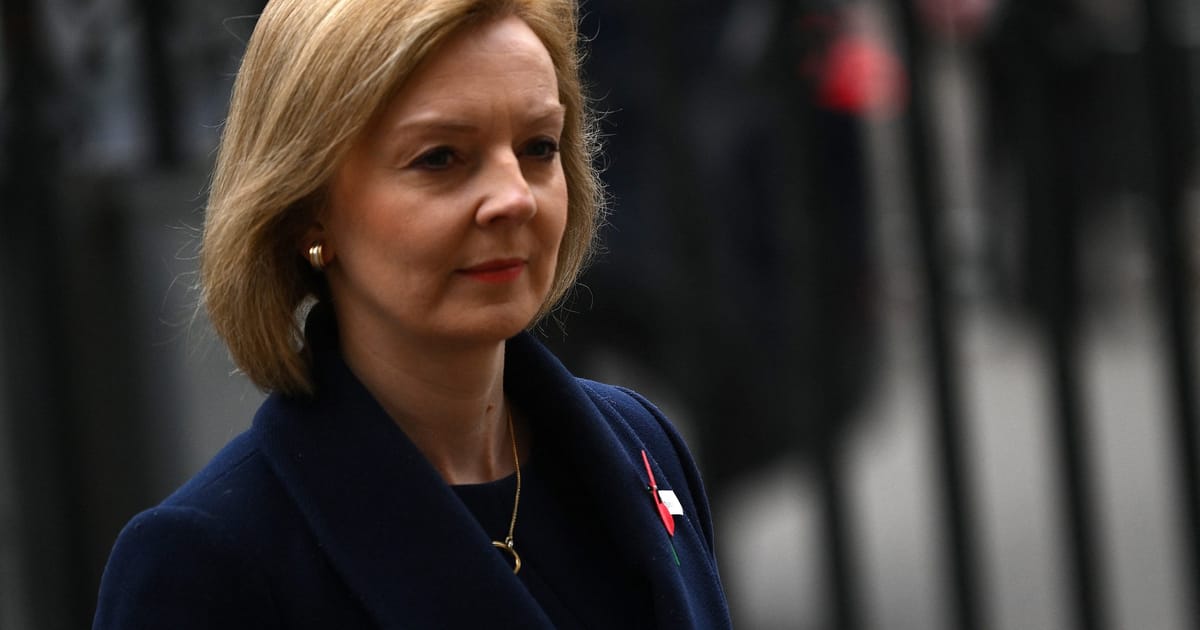 Britain's mini-financial crisis of recent weeks may look like a problem mainly for U.K. traders and the government of Prime Minister Liz Truss.

But on closer inspection, the situation carries the seeds of a much wider financial reckoning, revealing major vulnerabilities in the so-called shadow banking sector that controls trillions in assets globally.

Comprising non-banks like insurers, investment firms and pension funds, the shadow banking system isn't subject to the same rules as traditional banks, particularly when it comes to requirements to hold cash against market shocks.

Yet those non-banks face growing financial strains amid rocketing inflation, raising the possibility of further bailouts and central bank interventions. To stave off a global crisis, a growing number of officials and economists say regulation is urgently needed.

“If you don't have that view of non-bank finance and the system as a whole, then these things sort of bubble. And they happen very slowly, but when they then go wrong and go the other way, it can happen very fast and that’s what we’ve seen just now," said Iain Clacher, professor of pensions and finance at Leeds University.

Alarm bells are already ringing in the EU and elsewhere as rising rates, soaring inflation and sky-high energy prices stemming from Russia’s war in Ukraine create strains on the financial system. As the world exits a period of record-low interest rates, the U.K. blowup may be a sign of more mini-crises to come.

“It may be more common that we're in this world where central banks are raising rates and also intervening in financial markets to sort of keep them glued together,” said Steven Kelly, senior research associate at Yale University’s program on financial stability.

The crisis that saw the pound drop to record lows against the dollar started when Truss' government unveiled a mini-budget that spooked investors and sparked a major sell-off in the bond market.

U.K. pension funds, which hold around £1 trillion in assets, became stuck in a “doom loop,” where they had to sell more government bonds, known as gilts, to meet cash calls on leveraged bets.

Those sales in turn pushed the price down further.

It was only when the Bank of England stepped by pledging to buy up to £65 billion of gilts until October 14 that the "doom loop" stopped and pension funds gained time to meet cash calls and stop the contagion from spreading.

Having focused too much on the individual health of each pension fund rather than the health of the system as a whole, regulators were blindsided.

Plus, he said, low interest rates became a dogma: "It feels to me that there was sort of a belief that interest rates could never really go back up sufficiently or if they did, they wouldn’t go up as quickly as they have. And that lack of challenge to that belief set has got us to where we are."

That's potentially a worldwide problem, particularly as so-called non-banks — including investment funds, pension funds and insurers — have ballooned in size since the financial crisis and in some cases have taken on risks that once sat on bank balance sheets.

The International Monetary Fund said this week that the assets in open-ended investment funds have quadrupled since 2008 and now stand at $41 trillion.

While banks have been forced to build up huge reserves and are now much safer, non-banks don’t have the same ability to swallow losses, particularly in a short-term crunch.

The Financial Stability Board, which is leading global efforts to come up with some kind of regulatory framework, labeled so-called non-banks — including money market funds and open-ended property funds — as villains in the March 2020 “dash for cash” at the start of the pandemic, which also required a massive intervention by the Federal Reserve.

Plus, the FSB’s chair, Dutch central banker Klaas Knot, warned earlier this year of hidden leverage and liquidity mismatches at non-banks — all factors at play in the stress at U.K. pension funds.

Jon Cunliffe, deputy governor of the Bank of England, wrote in a letter to MPs on Thursday that the pension-fund crisis “underlines the necessity” of international regulation of non-banks.

“It is important that we ensure that non-banks, particularly those that use leverage, are resilient to shocks,” he wrote.

“While it might not be reasonable to expect market participants to insure against all extreme market outcomes, it is important that lessons are learned and appropriate levels of resilience ensured,” he added.

A similar issue is at play in the EU debate over the huge cash calls putting pressure on gas and power companies hedging electricity prices in volatile financial markets.

Yet perhaps the biggest problem for the financial system was not so much the direct trouble at pension funds but the turbulence caused in government borrowing markets.

It was dysfunction in that market and the potential spillover to the real economy that ultimately prompted the BoE to act to protect the U.K. financial system.

“You could have a pension fund blow up and the financial system keeps working,” said Kelly from Yale University. “It was really about the gilt market.”

Post-crisis regulations have pushed banks, insurers and pension funds to invest more in “safe assets” like government bonds — but those assets aren't immune to a sell-off.

Sharon Bowles, a member of the U.K. House of Lords and a former chair of the European Parliament’s economics committee, criticized “group think” on the safety provided by sovereign bonds and argued pension funds and insurers' investments are not diversified enough. (She also described U.K. pension funds’ use of bonds to collateralize other bond holdings as “unbelievable” and “like a Ponzi scheme.”)

“Things invented to offer safety at an individual level break down when called on in quantity,” Bowles, also a member of the private sector Systemic Risk Council, said in an email. “Thus when there are big events, herd behaviour happens and we get the opposite of the promised stability.”

For Kelly, central banks may well be on the hook for the next blowup — but buying up bonds is easier than recapitalizing banks.

“We've sort of traded in some risk of financial crises for a higher risk of market type instability moments,” he said. “We may not have bank runs, but we have weird blowups of commodity dealers and pension funds.”