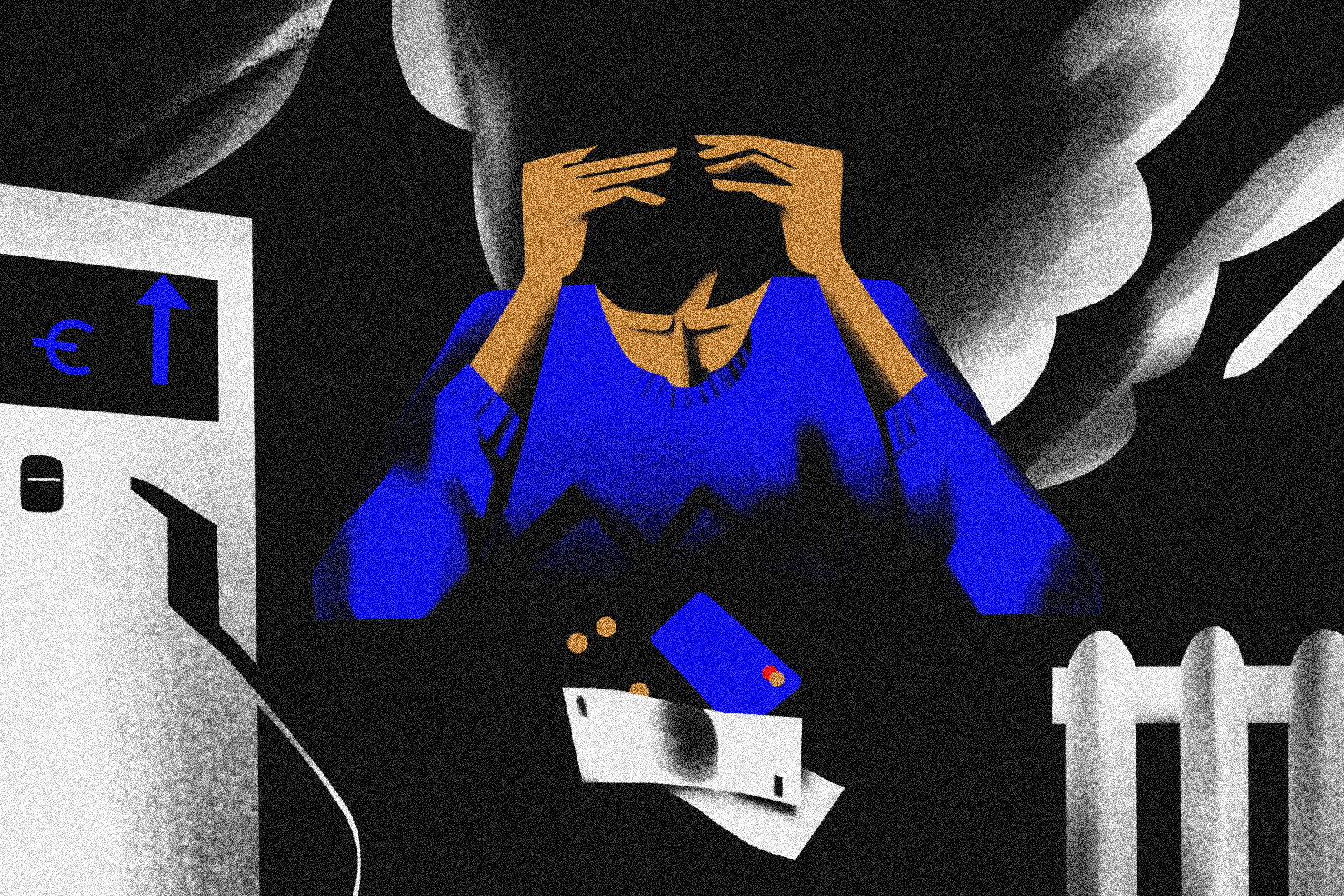 When will global gas prices go down to pre-Ukraine war levels?

Energy analysts explain why much of the world can expect high prices for at least the next two years.

Nine months after Russian President Vladimir Putin launched his invasion of Ukraine, Britain is preparing for a long recession on the back of sky-high energy prices. France, where President Emmanuel Macron warned in August that the era of “abundance” was over, has witnessed fuel shortages and long queues at petrol stations in recent weeks. Germany’s government has decided to pay energy bills for all citizens and small and medium-sized businesses in December.
As Europe and other parts of the northern hemisphere brace for a difficult winter, there’s one central question on the minds of people around the world: When, if at all, will gas and petrol prices return to pre-war levels? It’s a question that Al Jazeera posed to leading energy economists and analysts.

The short answer: Probably not for the next two years, at the very least.

To be sure, there is some good news: Gas and petrol prices are lower than they were earlier this year. The Dutch TTF, Europe’s benchmark gas price, stood at about $148 per megawatt-hour on December 11, a sharp drop from a peak of $338 in late August. The price of a barrel of Brent oil, the benchmark for crude prices, has fallen sharply in recent days, down from a high of nearly $128 in early August to $76 on December 11.

The bad news? Gas today still costs more than double what it did at the end of January. And experts don’t expect the price to ease up much more. “In fact, we will absolutely see prices go up again,” said Tom Marzec-Manser, head of gas analytics at London-headquartered commodity intelligence service ICIS. “The factors that have brought gas prices down aren’t likely to continue in 2023.”

The steep drop in crude prices, caused by the G7 cap on the price of Russian oil carried by Western-insured ships, isn’t expected to last either: Oil is expected to cost $92 on average in 2023, according to the United States Energy Information Administration, 30 percent higher than 2021 levels. 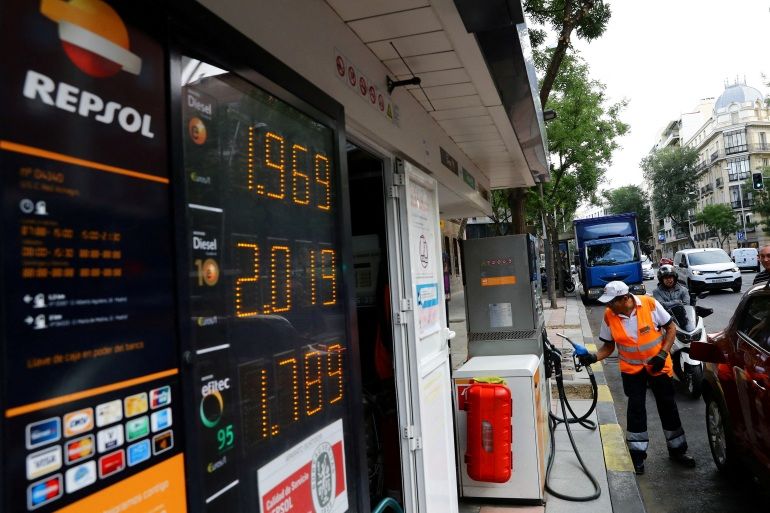 A worker prepares to pump petrol into a car at a Repsol petrol station in Madrid, Spain, on September 7

A full tank … for now

Fearing that Russia might cut off all gas supplies to Europe, the continent has been buying and storing as much gas as it can over the past few weeks. By November, the European Union had filled nearly 95 percent of its gas storage capacity, surpassing its 85 percent target for the end of the year.

At the same time, Europe witnessed an uncharacteristically warm autumn, reducing the need for heating in homes and offices, according to Marzec-Manser. High prices until recently likely also made people more conservative about their energy usage, he said. The result: Over the first eight months of the year, Europe consumed 10 percent less gas than in the same period in 2021.

That combination of increased supply and reduced demand is what has helped tame gas prices somewhat, said experts. But while it might help Europe avoid a “severe shortage” this winter, “short, temporary shortages” are still very possible in late winter if new supplies are disrupted, warned Henning Gloystein, the director of energy, climate and resources at Eurasia Group, a political risk consultancy with headquarters in New York.

The current lower “natural gas prices do not imply the region’s winter energy crisis is over,” Gloystein said. “They simply state that Europe’s inventories are virtually full.”

It’s a similar story with oil. For all its rhetoric, Europe has still been buying Russian crude, said Hari Seshasayee, a fellow at the Wilson Center and an energy analyst. In fact, it spent 260 million euros ($266m) a day on Russian fossil fuels, predominantly oil, in September, according to the Finland-based Centre for Research on Energy and Clean Air, though this is a quarter of the one billion euros ($1.02bn) it was paying Russia daily in April. India and China have also been buying record volumes of Russian crude.

This has ensured that the demand for oil from other sources, like the Middle East, Africa, Latin America and the United States primarily, has been less than what would have been the case if Russian crude was completely unavailable. “That has kept prices from rising even further,” said Seshasayee.

It could all change very soon. 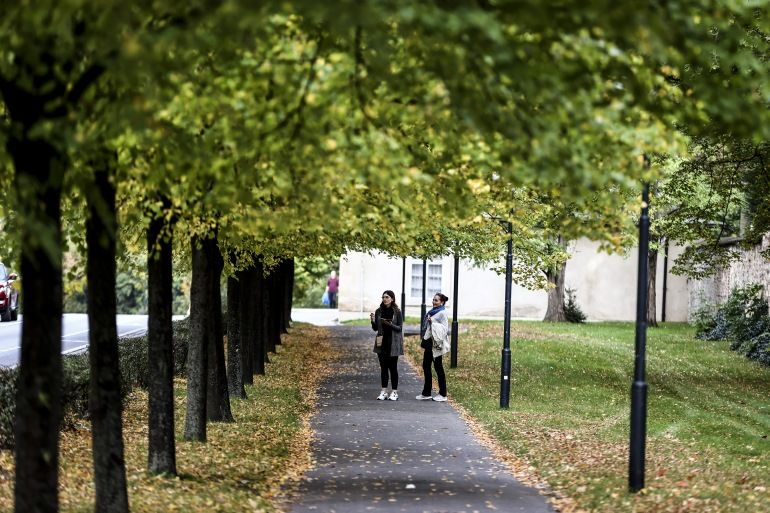 People walk through a park in Prague, Czech Republic on October 5. An unseasonably warm autumn in Europe reduced the need for heating in homes and offices

As winter kicks in, experts predict a rise in gas demand in Europe, which, by early 2023 “also means there’s a risk of further extreme price spikes”, said Gloystein. Already, gas prices have risen by more than 40 percent over the past month.

European gas importers have worked at full pelt to increase the volumes stored for the winter. “This has been made possible in part by deferring non-essential maintenance,” he added.

But that, in turn, “means there is a heightened risk of unplanned outages”, Gloystein explained. Any such outage would again lead to a price rise.

There’s already a key threat emerging on the horizon. On December 5, G7 countries introduced a price cap on Russia’s oil exports in a bid to limit the Kremlin’s revenue earned through the fuel. But Moscow has warned that it will stop supplying crude to nations that join the price control plan. “If Russian oil really does go off the market for many countries, expect prices to rise quite a bit,” said Seshasyee. “There simply isn’t another source that can completely replace the volumes Russia offers to the world.”

The national needs of other major oil exporters might also play a role in keeping prices high. Most major oil exporters, especially in the Middle East and Africa, are also major importers of other essential commodities, such as food grains, said Seshasayee. With the war also raising food prices, these nations aren’t going to be keen to work to bring oil prices down, he said. “They need that extra revenue to balance their books.”

Yet, the price of Europe’s gas or the world’s oil might ultimately not be decided in Brussels, Washington or Moscow. It might all boil down to Beijing and Chinese President Xi Jinping. 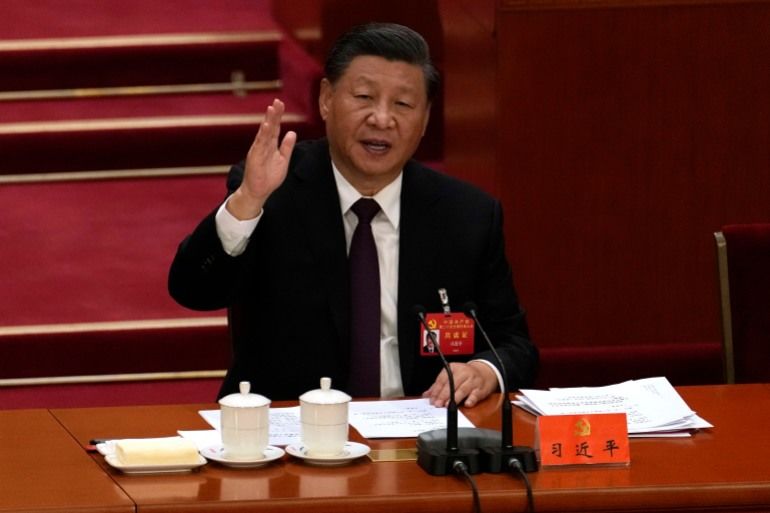 Chinese President Xi Jinping attends the closing ceremony of the 20th National Congress of China’s ruling Communist Party in Beijing on October 22. Under President Xi, China has pursued a COVID-zero policy which has slowed the country’s economy

China has long been the world’s largest importer of oil. In 2021, it also became the planet’s biggest buyer of liquefied natural gas (LNG), overtaking Japan.

But Beijing’s COVID-zero policy, under which it locks down entire neighbourhoods and even cities if there’s an outbreak of coronavirus cases, has dragged the world’s second-largest economy down, suppressing its demand for energy.

“That, ironically, has been a big boon for Europe and the world,” said Marzec-Manser. “It has freed up energy supplies that China would have otherwise also been competing for.”

Now, following rare protests across the country against the curbs, Chinese authorities have relaxed restrictions in several cities. At some point, the country’s economy will start running at full steam. “Once China’s demand picks up again, this will create renewed competition in the form of price bidding between Europe and Northeast Asia,” said Gloystein.
Oil and gas prices will rise sharply. 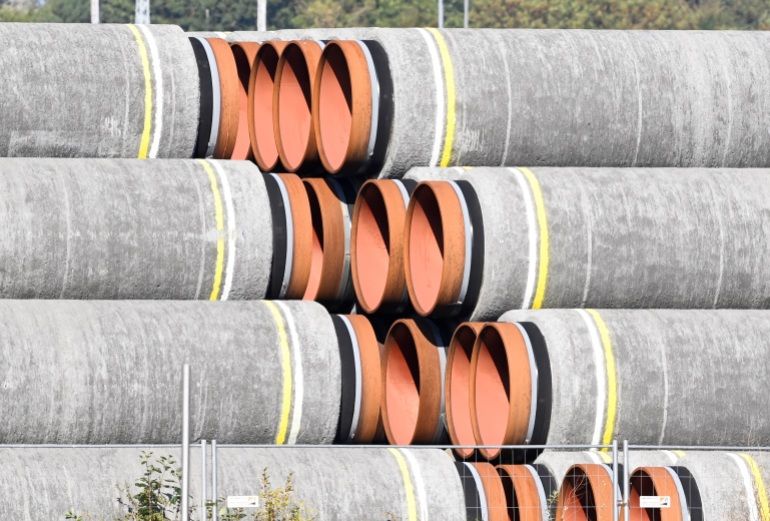 Unused pipes for the Nord Stream 2 gas pipeline in the Baltic Sea are seen in the harbour of Mukran, Germany, in September 2022

An end to the Russia-Ukraine war would help a little. “It would reduce the geopolitical risk associated with energy transfers and trade, and that itself would calm markets to an extent,” said Marzec-Manser.

But even that won’t bring prices down to levels the world was used to, said Gloystein. That’s because Europe is unlikely to go back to importing significant amounts of Russian gas, worried about depending on Moscow again.

Even if Brussels wanted to go back to business as usual with the Kremlin, major damage to Nord Stream 1 and Nord Stream 2, which are the two biggest gas pipelines from Russia to Europe, in explosions in September has made an energy trade revival between them unlikely.

The only way oil and gas prices can come down to pre-war levels is if new sources, either of fossil fuels or renewable energy, emerge to offer alternatives to the volumes of energy that Russia exports, said experts.

In the best-case scenario, that won’t happen for at least two years. Major new projects, like one in Texas funded by Qatar Petroleum and ExxonMobil, and another led by the Abu Dhabi National Oil Company, are not expected to come online until 2024 or 2025. And German think-tank Agora Energiewende reported earlier this year that it could take Europe until 2027 to replace 80 percent of its pre-war Russian gas imports with clean energy.

“Realistically, it could be the second half of the decade before we’re able to truly bring prices down,” said Marzec-Manser. “That’s just the bitter truth.”