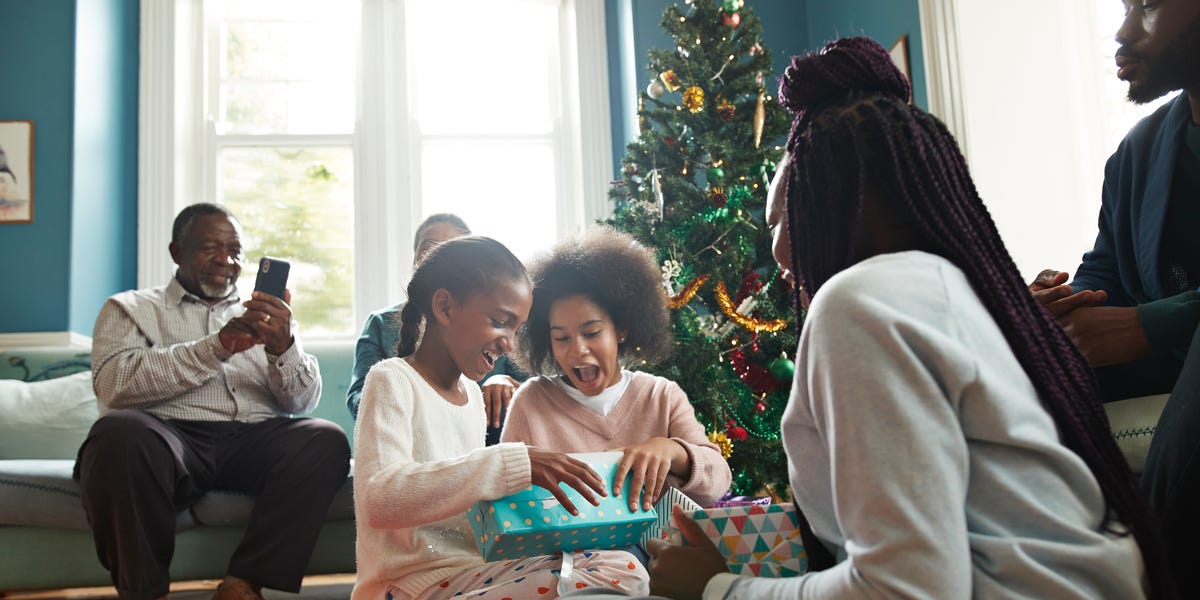 When to tell your kids the truth about Santa, according to a psychotherapist

It's inevitable that your kids will ask questions or be curious. You can be honest while still preserving the Christmas magic, expert Amy Morin said.

Whether you're writing letters to Santa or reading books about reindeer, your child's excitement can make the holiday season feel magical when they still believe in Santa.

Of course, the magic doesn't last forever. At some point — and, for many parents, this point comes too soon — your child will begin to question Santa's existence.

You might start to worry if it's time to spill the beans. After all, you don't want your child to get made fun of for believing that Santa will come down the chimney when they're a teenager. So how soon should you tell your kids the truth about Santa? It's a question parents often ask me in my therapy office.

Whenever I've been asked that question, I always reassure parents that I've yet to have an adult enter my therapy office claiming that believing in Santa — or being told the truth — scarred them for life. Don't get caught up believing there's one specific age when you need to come clean — or that there's a single right way to handle the situation. Choose to address the Santa issue based on your values, beliefs, and the child's needs.

Take cues from them and their understanding of the world. Usually, somewhere between the ages of five and seven kids begin to think a little more critically. And it occurs to them that flying reindeer and a guy coming down the chimney might be a little far fetched.

So don't be surprised if your child starts asking questions. You might not get a direct question like, "Is Santa real?" But you may get questions like, "How do reindeer fly?" or "How does Santa make it all around the world in one night?"

If your child insists on getting an answer, it's best to be up front

When your child first starts asking questions, your instinct might be to reassure them that Santa is real and his magic powers help him defy logic. Even though you probably don't lie to your kids often, you might be tempted to stretch the truth in an effort to spare them pain. After all, you don't want to "ruin" Christmas for them. But, if they're asking questions, they want to know the truth. And you won't harm them by being honest.

This doesn't mean you have to jump in and tell them the whole story. Instead, you might ask a few questions back. Ask, "What makes you ask that?" or "What do you think about that?" It's okay to let kids form their own conclusions.

When confronted with, "Just tell me. Is there really a Santa?" be honest, and explain that you're behind the presents from Santa.

Your answers about Santa should depend on your values, your spiritual beliefs, and what you hope your child will learn from the experience

Some families talk about the spirit of Christmas still being alive or dive into the true meaning of Christmas. Other parents tell kids that Christmas is all about giving, and now that they know the truth about Santa, their job is to become Santa to someone else (this makes giving a part of their future tradition).

Just know that you don't have to crush your child's spirit and make all the magic disappear. Instead, you can make Christmas more about kindness and giving rather than reindeer and red suits. You may also want to emphasize that not everyone knows "the secret" yet. So discourage your child from making the announcement at school.

If you believe you can still make it a great holiday, there's a good chance your Christmas spirit will help your child enjoy the holiday season

Regardless of who believes in Santa, the true magic of Christmas has to do with your beliefs, and that includes your belief about your child's knowledge of Santa. If you believe Christmas won't be fun now that your child knows the truth, your Grinch-like spirit could drag your mood (and perhaps everyone else's) down.

Whether you start a new tradition that involves giving gifts to those in need or you allow your child to buy secret gifts for another family member, a different kind of holiday might be even more fun than you imagine.