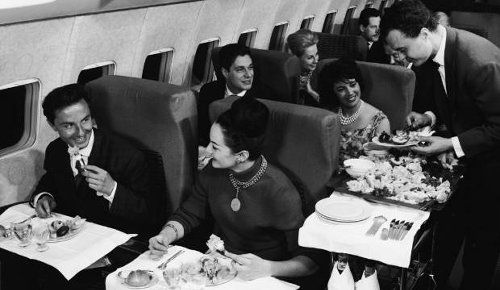 What history tells you about post-pandemic booms

Previous post-pandemic booms hold a number of lessons. The first is that although people are keen to get out and spend once the threat of infection passes, some uncertainty lingers. The second is that the structure of the economy undergoes a revolution. Automation rises and people become more entrepreneurial.

The last is that political instability tends to rise, as those who have suffered during a pandemic seek redress. Just think of “Les Misérables”, set after a cholera epidemic in France in the early 1830s. Enjoy the coming good times while they last; there may be a twist in the tale before long.

The cholera pandemic of the early 1830s hit France hard. It wiped out nearly 3% of Parisians in a month, and hospitals were overwhelmed by patients whose ailments doctors could not explain.

The end of the plague prompted an economic revival, with France following Britain into an industrial revolution. But as anyone who has read “Les Misérables” knows, the pandemic also contributed to another sort of revolution.

The city’s poor, hit hardest by the disease, fulminated against the rich, who had fled to their country homes to avoid contagion. France saw political instability for years afterwards.

So how will our economy boost after the pandemic?

With countries lifting the stay-at-home orders and promoting vaccinations, the world economy is now in a recovery mode. However, the situation is still unclear for many economists and policymakers. So let us take a glimpse at our history and what it tells us about the post-pandemic boom?

History suggests that after a series of disruptions like world wars and pandemics, GDPs bounce back. It offers three lessons- People like to spend, crises encourage business to employ new innovations and political instabilities.

History also offers us a guide to what people do once life gets back to normal. Spending rises along with employment, but not in excess. History also shows when the Spanish flu was defeated in 1920, America felt like “a sick and tired” nation.

According to Goldman Sachs, an American consumer spends only 20% of their saving during 1946–49 (after world war II). And in 1949, the economy went into recession. Therefore, there is still little evidence of pandemic inducing surges in inflation.

Taking about the supply side of the economy- meaning how and where goods and services are produced. Some people may try new innovations to earn money. Historians believe that the Black Death made Europeans more adventurous.

Piling on ships and sailing towards new lands- something less risky than people dying at home. According to the National Bureau of Economic Research published in 1948, the number of startups increased during 1919.

The economists have made another link between pandemic and use of labour and technology. A research paper by IMF looks at recent outbreaks such as Ebola and SARS. The findings suggest the pandemic speeds up the employment of robots, especially when health is a significant issue — for example, the rise of automation in America during the 1920s. Some have even made links between the Black Death and Johannes Gutenberg Press.

A paper published by the Federal Reserve Bank of San Francisco finds real wages increase after the pandemic. Sometimes, this is through the macabre mechanism.

When people have suffered in large, attitudes could shift towards the working class. Such incidences have led to political disorder. This is because pandemics can sometimes force us to look at pre-existing inequalities and political instability.

“It is reasonable to assume that, as the pandemic fades, unrest may re-emerge in locations wherever it previously existed,” researchers write in another IMF paper. Social unrest seems to peak two years after the pandemic ends. Therefore, appreciate the boom while it endures. Before long, there may be a twist in the story.