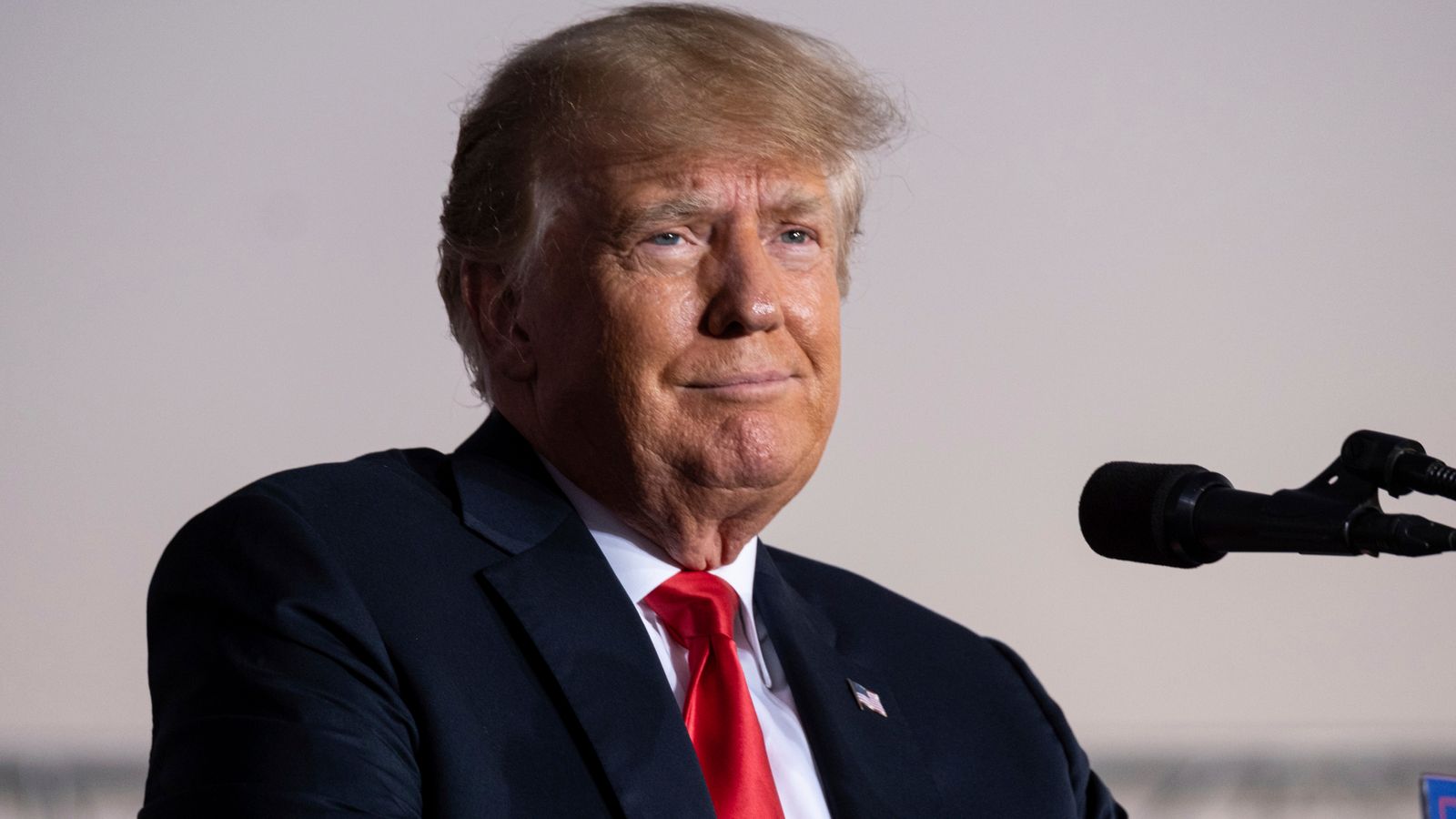 The former president described a request for documents by regulators looking into the blank-cheque merger as "a continuation of witch hunts".

Wall Street regulators are investigating the $1.25bn deal to bring Donald Trump's social media venture to the stock market, it has been disclosed.

Digital World Acquisition Corp, a so-called "blank cheque" company that has agreed to merge with Trump Media & Technology Group (TMTG) revealed details of the probe in a filing on Monday.

It said the US Securities and Exchange Commission (SEC) and the Financial Industry Regulatory Authority (FINRA) were looking into the deal. 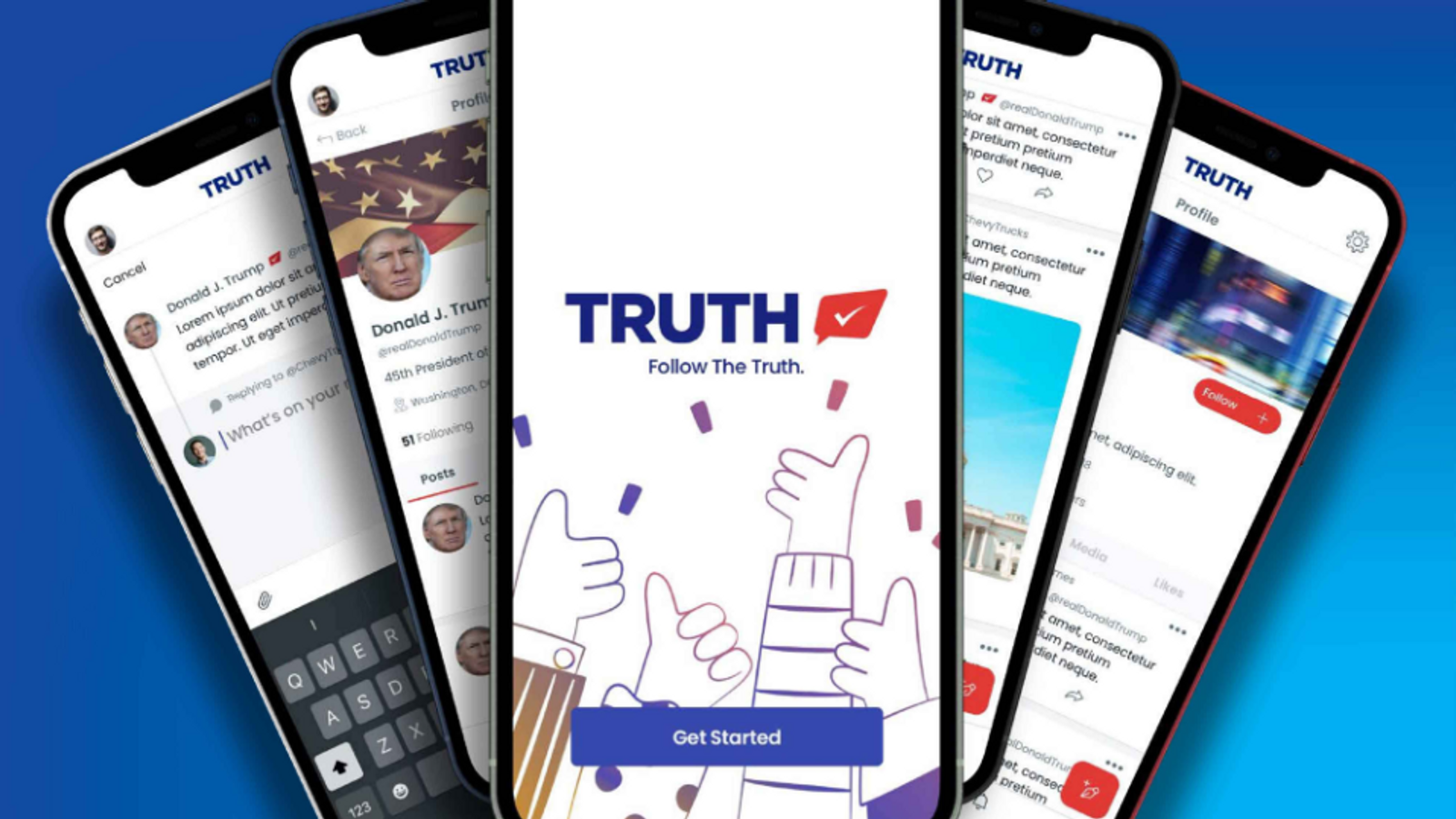 The app will launch in the new year

Digital World said the SEC asked for documents in early November relating to communications between Digital World and TMTG, meetings of Digital World's board, policies and procedures relating to trading, the identification of banking, telephone, and email addresses and the identities of certain investors.

The SEC stated in its request that its investigation does not mean the regulator has concluded that anyone violated the law, Digital World added.

Mr Trump dismissed the request for documents as a political attack.

He told the conservative channel Newsmax: "You know, this is just a continuation of witch hunts. Anything you do they want to look at it."

The regulatory probe is focused on the October announcement by the former US president's media venture that it would merge with Digital World.

That prompted excitement among Trump supporters and retail investors - pumping up the value of the shares and pushing the venture's valuation to peak at close to $4bn. 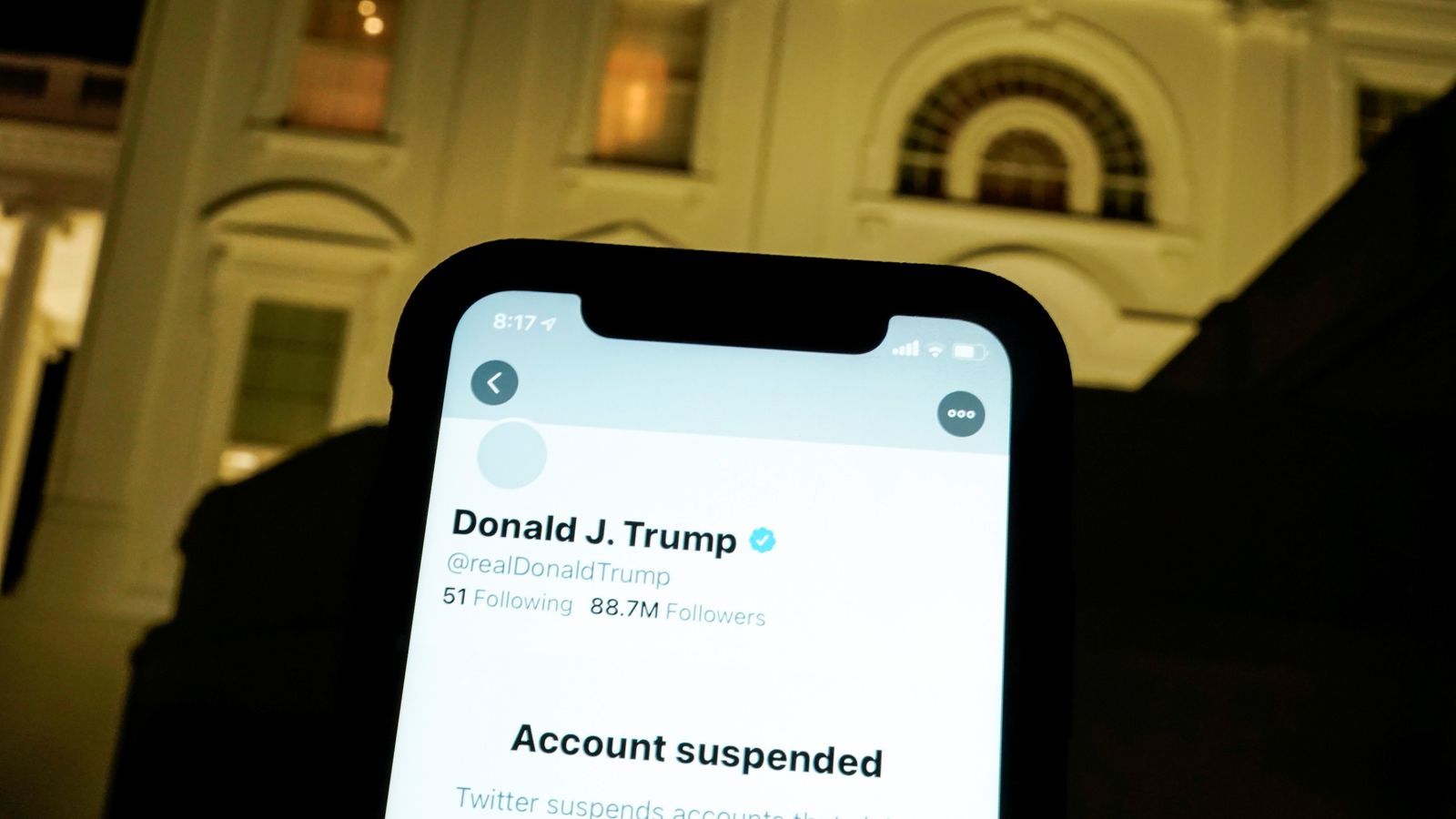 Digital World had launched on the US stock market three weeks earlier with the sole purpose of finding a privately-held company to buy.

TMTG said on Saturday that it had entered into agreements to raise about $1bn from a group of unidentified investors, bringing the deal's total proceeds to $1.25bn.

But TMTG will receive this money only if the deal is completed.

A vote required for Digital World shareholders to approve the transaction has yet to be scheduled.

US senator Elizabeth Warren had asked the SEC to investigate the proposed merger over potential violations of securities laws, including whether they had sufficiently disclosed when deal talks began.

Digital World said FINRA had asked for details in late October and early November about "surrounding events," including a review of trading, that preceded the announcement of the merger.

FINRA said in its request that its inquiry should not be construed as an indication that any violations of Nasdaq rules or federal securities laws have occurred, Digital World added.

Meanwhile on Monday, TMTG announced that Trump ally Devin Nunes would step down as a US congressman to join as its chief executive in January.

Digital World, which has still not launched in trial mode, said it expected average revenue per user of the former president's social media app, Truth Social, to grow to $13.50 in 2026, with 81 million total users.

TMTG plans to launch an early version of the app in the first quarter of 2022.

Mr Trump was banned from top social media platforms after the 6 January attack by his supporters on the US Capitol, which was based on unsubstantiated claims of fraud in last year's presidential election.

Digital World said it wants to build a "non-cancellable" global community including a TMTG+ video service that will stream "non-woke" entertainment and news.