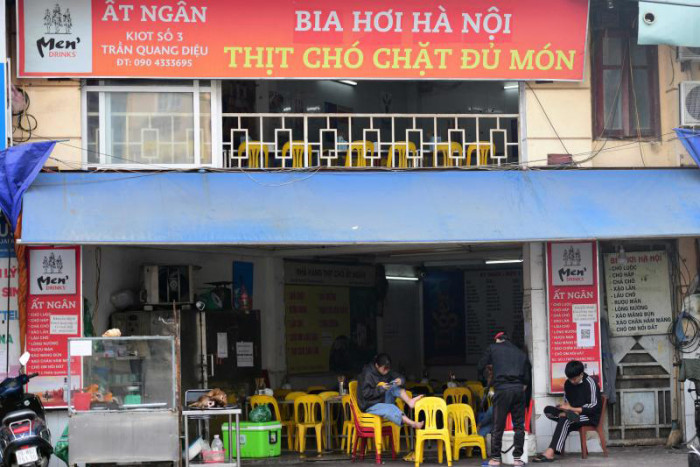 An estimated 5 million canines are consumed every year in Vietnam — the second highest in the world behind China -- with some believing eating the meat can help dispel bad luck.

Authorities in Hoi An, a historic trading port and World Heritage site, signed a deal with animal rights group Four Paws International promising to phase out sales and consumption of cat and dog meat.

"We want to help promote animal welfare through rabies eradication, phasing out the dog and cat meat trade, and making the city a premier destination for tourism," vice city mayor Nguyen The Hung said.

Julie Sanders from Four Paws International said it was a watershed moment that might set an example for other places in Vietnam.

A national poll commissioned by the animal rights group this year found only an estimated 6.3% of 600 Vietnamese surveyed consume the four-pawed creatures -- with 88 percent supporting a ban.

The custom has waned as incomes rise and the affluent keep the animals as pets but dog meat remains readily available in Hanoi with some dismissive of animal welfare concerns.

"I don't think anyone should ban the eating of dog meat. It's our culture," Hanoi resident Phan Van Cuong told AFP.

In 2018, Hanoi officials encouraged people to stop eating dog meat as it was damaging the capital's reputation and there were health concerns it could lead to deadly rabies infections.