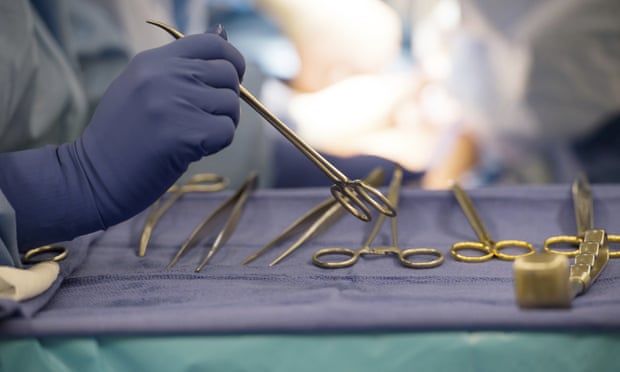 US surpasses 1m organ transplant milestone since first surgery in 1954

Medical advocates across the United States have launched a new push for 1m more organ transplants, after the milestone figure of the 1 millionth transplant in the US was met at the end of last week.

Since the first kidney transplant was performed in 1954, the US has surpassed over 1m transplants. Nevertheless, with more patients seeking the procedure than ever before, the demand for organ donors has grown significantly.

As a result, organ transplant advocates have launched a new campaign for another million transplants to be performed in the coming years.

A record-breaking 41,356 transplants were performed in 2021, the Associated Press reported. Across the country, over 400,000 people are currently living with functioning transplanted organs, United Network for Sharing Organs (UNOS) said on Friday.

However, 105,000 people are still on the national waiting list as they wait for new organs such as kidneys, livers and hearts. In addition, another 17 people die daily while waiting, according to the Associated Press. Currently, kidneys are the highest in demand across the country.

Despite the high demand, a report released earlier this year by the National Academies of Sciences, Engineering and Medicine found a “significant non-use of donated organs” along with other disparities.

Approximately one in five kidneys from deceased donors are not used. Additionally, Black Americans are three times more likely to suffer from kidney failure compared to white Americans. They are also “substantially less likely” to be placed on waiting lists or even eventually receive an organ.

Moreover, a Senate finance committee investigation discovered additional problems such as testing failures between 2008 and 2015 which led to 249 transplant recipients developing diseases from donated organs, 70 of whom died, the Associated Press reports.

In other instances, organs that were transported from one hospital to another were lost in transit or delayed so long they were no longer usable.

Congress has lambasted UNOS for its failure to enforce a centralized logistical system. “This is sitting on your hands while people die,” Democratic senator Elizabeth Warren told the organization’s chief executive. Warren and other senators have called for UNOS to be replaced.

UNOS has in the recent years been making attempts to alleviate logistical obstacles. It ordered a change in the ways organs are distributed, allowing kidneys to be transported to sicker patients who are further away instead of being given first to hospitals that are closer to where they are donated. In turn, kidney transplants increased 16% last year – and by 23% among Black patients.

Additionally, UNOS has asked hospitals to stop using a certain formula to test kidney function that can underestimate Black patients’ need for a transplant and leave them waiting longer than similarly ill white patients, the Associated Press reports.

In attempts to achieve the next million transplants, UNOS has laid out four objectives as part of its Living It Forward campaign.

Those include increasing equity to ensure transplants are fair and more accessible to all, getting more organs transplanted by expanding the donor pool, harnessing new technologies including enhanced transportation logistics and newer data tools, and further empowering patients through trust and transparency.

“The organ donation and transplant community has made lifesaving history together,” said Jerry McCauley, president of the UNOS Board of Directors. “Now, we invite donor families, organ transplant candidates and recipients, living organ donors and others touched by transplant to join Living It Forward and honor and celebrate the gifts that made this important milestone possible.”