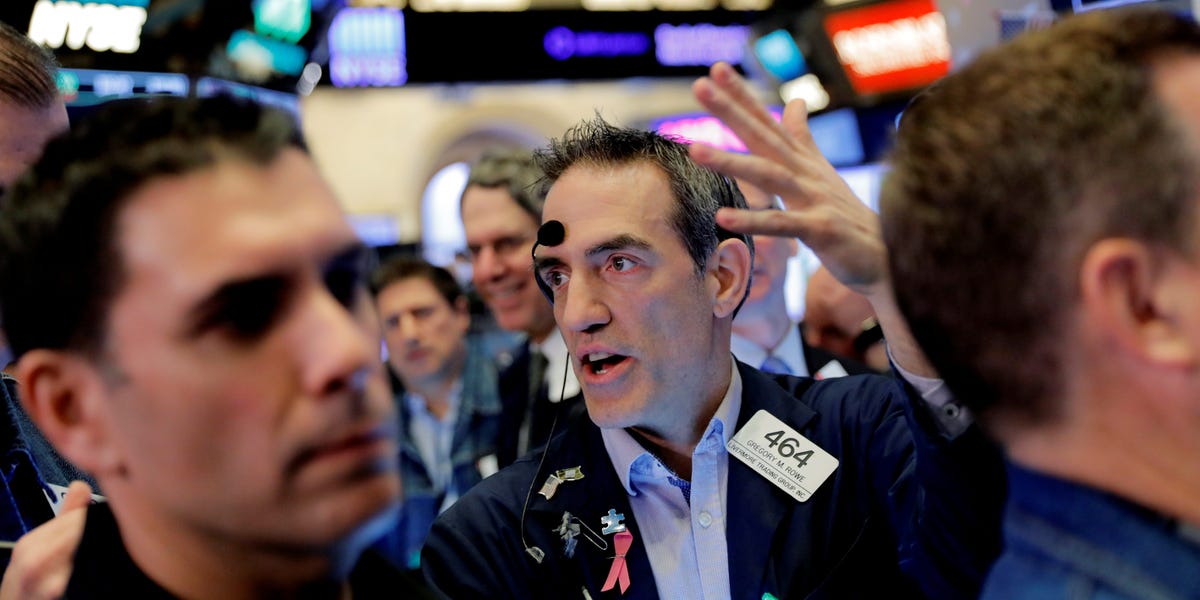 Stocks advanced for a second straight session with signs the Fed may begin cutting down on hefty rate increases as early as December.

US stocks overcame earlier losses to finish higher Wednesday, as minutes from the Federal Reserve's meeting this month indicated policymakers are prepared to cut the size of rate hikes aimed at chopping down inflation.

Wall Street's major indexes landed a second consecutive day of gains. The S&P 500 stretched further into the 4,000 level after closing above that mark on Tuesday for the first time since September. Nine of the index's 11 sectors gained ground, led by the consumer discretionary group.

A "substantial majority of participants judged that a slowing in the pace of increase would likely soon be appropriate," minutes of this month's Fed meeting released Wednesday afternoon said. The central bank has pushed up the fed funds rate by 75 basis points at four straight meetings.

Here's where US indexes stood at the 4:00 p.m. closing bell on Wednesday:

Fed speakers have been telegraphing since the November meeting they are heading toward easing the pace of its aggressive campaign, and a rate increase of 50 basis points may be in store for December, Quincy Krosby, chief global strategist at LPL Financial, wrote in a note.

"It doesn't mean that the Fed reaches its terminal rate in December – rather it could be a lower-for-longer path as the Fed assesses the lagged effect of the cumulative rates on the broader economy. While this doesn't represent the 'pivot' that the market has on its holiday wish list, it does represent an important transition in monetary policy," she said.

Stocks were mixed earlier Wednesday after the Labor Department said weekly jobless claims rose by 17,000 to 240,000. That was more than expected and marked the highest number of claims since August.

Among individual stocks, Deere shares climbed after the heavy equipment maker boosted its 2023 profit outlook to $8 billion to $8.5 billion. Nordstrom shares fell after the upscale retailer cut its 2022 per-share earnings outlook to a range of $2.13 to $2.43. Credit Suisse's US-listed shares fell after the bank under restructuring warned of a fourth-quarter loss of up to 1.5 billion Swiss francs ($1.6 billion).

Equity trading will be closed Thursday for Thanksgiving Day and end early on Friday, at 1 p.m. Eastern.

Here's what else is happening today:

*  An extremely rare signal flashed in the stock market on Tuesday, indicating big gains ahead for equities.

*  Warren Buffett's Berkshire Hathaway has slashed its stake in Chinese electric-vehicle make BYD - and has pulled in about $1.2 billion profit on the shares sold.

*  A lawyer for FTX said a substantial amount of assets belonging to the bankrupt crypto exchange were either missing or stolen.

*  Meanwhile, the court hearing FTX's bankruptcy petition was told the company spent around $300 million buying houses for senior executives in the Bahamas.

In commodities, bonds, and crypto: