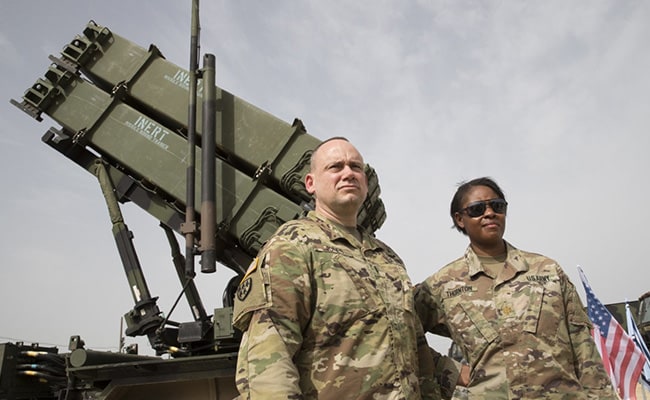 US Plans To Send Its "Most Advanced Air Defence System" To Ukraine: Report

The US Army describes Patriot -- which consists of multiple parts including radar, a control station, power generating equipment, and up to eight launchers -- as its "most advanced air defense system."
The Pentagon is finalising plans to send Patriot missile batteries that can shoot down incoming missiles to Ukraine, US media reported Tuesday. As Russia has ramped up missile strikes on key Ukrainian infrastructure, the administration of President Joe Biden could announce the deployment as early as this week, US officials told The New York Times and CNN.

Ukraine's air defenses have played a key role during Russia's invasion, but with Moscow stepping up strikes on energy infrastructure as it faces growing losses on the ground, Kyiv has repeatedly pressed other countries -- especially the United States -- for the Patriot system.

The US Army describes Patriot -- which consists of multiple parts including radar, a control station, power generating equipment, and up to eight launchers -- as its "most advanced air defense system."

While dozens of personnel are assigned to a battery, only three are required to operate it in combat.

The US Army's first Patriot battalion was activated in 1982, but the system was not used in combat until 1991 during Operation Desert Storm, the international air and ground offensive against Iraqi forces who had invaded Kuwait.

Patriot has intercepted more than 150 ballistic missiles in combat since 2015 and has also undergone more than 3,000 ground and 1,400 flight tests, primary contractor Raytheon says.

They have since been significantly augmented: the United States provided NASAMS and Germany offered IRIS-T -- two advanced systems -- while older equipment such as the S-300 and HAWK systems and Stinger missiles have also been donated.
#Joe Biden