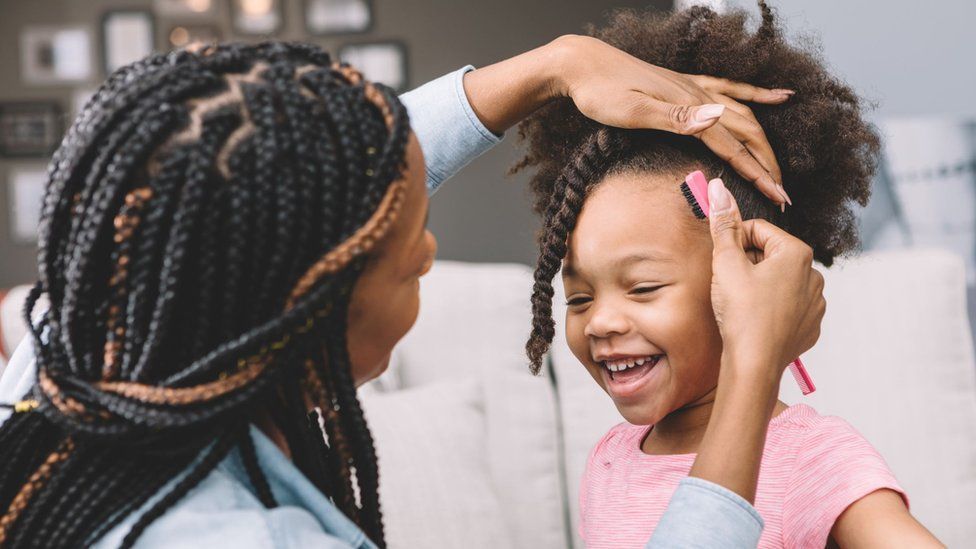 US House passes Crown Act which would end hair discrimination

A ban on race-based hair discrimination in the United States is a step closer after a vote in Congress.

The House of Representatives passed the legislation which seeks to end discrimination against natural hair at work and school.

The Crown (Creating a Respectful and Open World for Natural Hair) Act must still be approved by the Senate.

Black Americans say they are often treated unfairly at work and in schools because of their natural hair textures or protective styles like braids, knots, twists and locs.

If the Crown Act becomes law, natural hair discrimination would be treated as if it were race or national origin discrimination under federal civil rights law.

Until then, advocates say that employers and institutions can discriminate against black Americans based on how they style their natural hair.

Adjoa B Asamoah, legislative strategist for the CROWN Coalition, praised Friday's vote in the House, but acknowledged a potential uphill battle in the Senate.

"There's the shift in policy and then there's a shift in culture," Ms Asamoah said.

"This is about confronting this Eurocentric standard of beauty, tackling anti-blackness, and lifting the natural African aesthetic. The diversity of Blackness is beautiful."

The CROWN Coalition partners with more than 85 organisations to pass statewide bans on hair discrimination, and advocate for the bill nationally.

Just on Thursday, the Massachusetts House of Representatives unanimously voted to advance its bill to its state senate.

A third of black children in majority-white schools have faced race-based hair discrimination, according to a 2021 study by DOVE and the CROWN Coalition. The survey found 86% of children say they have experienced it by the age of 12.

Just on Thursday, the Massachusetts House of Representatives unanimously voted to advance its bill to its state senate.

When Chicago mother Ida Nelson was told her four-year-old son Jett's braids were prohibited by his pre-school, she says she thought administrators were joking.

But when the school told her the hairstyle must be removed in order for him to go class, she decided to fight back.

After months of campaigning, Ms Nelson was able to get the Jett Hawkins Act, which prohibits hair discrimination in schools, passed in Illinois.

She said Friday's move to advance the national Crown Act made her feel "vindicated".

"When we step into our power, epic things get done," she added.

"This was a collective effort from everyone from four-year-olds to senior citizens coming together to say, 'No, our hair and our ability to show up as our authentic selves is not negotiable'."

A statement from President Biden said he believed "no person should be denied the ability to obtain a job, succeed in school or the workplace, secure housing, or otherwise exercise their rights based on a hair texture or hair style".

Watch: An in-depth look at why black Americans are being punished for their hair
#Joe Biden