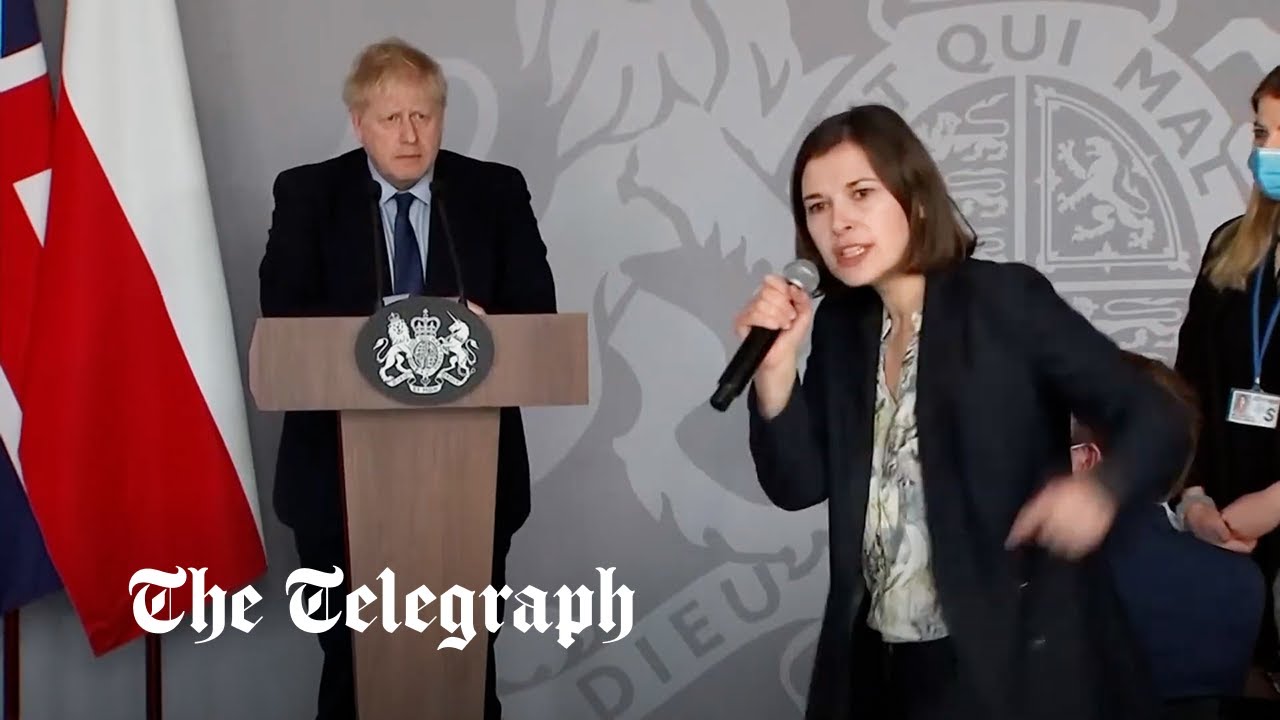 Boris Johnson has been given an emotional dressing down by a Ukrainian for not supporting a no-fly zone over the country, including being asked: “What’s the alternative?”

The individual, speaking at a press conference in Poland, also criticised the failure to sanction Roman Abramovich, the Russian billionaire who owns Chelsea Football Club.

The person identified themselves as Daria Kaleniuk, the executive director of the Anti-Corruption Action Centre, and appeared close to tears while questioning the Prime Minister.

The exchange came as Mr Johnson gave a press conference in Poland before travelling on to Estonia during a tour of Nato's Eastern flank to address the Ukrainian conflict.