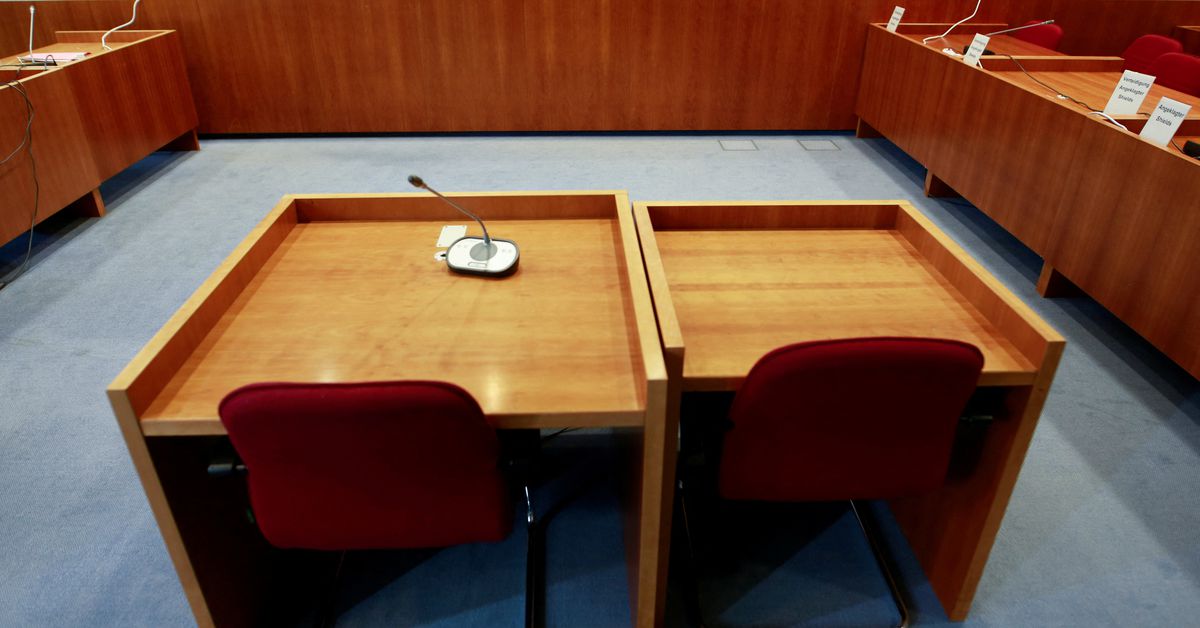 A British investigation into a trading scheme that claimed multiple tax rebates on dividend payments, said by European countries to have siphoned billions of euros from state coffers, is now focused on nine companies and three individuals, a Freedom of Information (FOI) request shows.

Britain's market watchdog, the Financial Conduct Authority (FCA), has been part of the cross-border 'cum-ex' inquiry for seven years, although the current scope of its operation - reported here for the first time - is dwarfed by sprawling fraud investigations led by Germany and Denmark.

A German court this week sentenced tax lawyer Hanno Berger, alleged to have masterminded one of the country's biggest post-war frauds, to eight years in jail. It is the highest-profile prosecution and longest sentence to date in a series of trials that have also convicted British bankers.

Although Britain was not impacted by cum-ex trading, much of the structuring and organising of the scheme took place in London, according to lawyers and authorities, some of whom turned to the country for help unpicking what had happened.

The FCA said in 2020 that it had been working with European authorities to investigate "substantial and suspected abusive share trading" in London markets that allegedly supported dividend stripping tax avoidance schemes in Denmark, Germany, France and Italy.

The watchdog, which has fined three small brokerages a combined 2.9 million pounds ($3.5 million) to date, said inquiries into eight individuals had been closed because of a lack of evidence by mid-November. It has also discontinued an investigation into one company.

"We have already achieved a number of outcomes and we are continuing to progress the remaining investigations into individuals and firms to conclusion," the FCA said, without naming those still under investigation.

The watchdog's inquiries are regulatory and have focused on penalties for financial crime control failings to date. It does not have the power to investigate tax fraud, but can investigate civil and criminal market abuse.

Reuters could not determine whether other British agencies are conducting criminal inquiries and the Serious Fraud Office and tax authority HMRC, which might prosecute such cases, declined to comment.

"(A British criminal investigation) would send an important signal: Even if we were not the ones plundered, we will not allow such conduct from our shores," said Konrad Duffy of Finanzwende, a German group campaigning for financial transparency.

But two London lawyers said drawn-out investigations into cum-ex trading, that some experts estimate has cost German taxpayers alone around 10 billion euros ($11 billion), did not appear to be a high priority for British authorities.

"There has been an inertia by British agencies in relation to cum-ex," noted Zoe Osborne, a partner focusing on financial crime, contentious regulatory investigations and litigation at law firm Steptoe & Johnson.

The scheme flourished after the 2008 credit crisis when banks, traders and hedge funds devised strategies to trade vast volumes of stock to cash in on a now-closed loophole.

Labelling it "a collective case of thievery", a German judge sentenced two British bankers in 2020. German prosecutors have since secured 11 convictions and government officials say the probe spans around 1,500 suspects and 100 banks on four continents.

Danish prosecutors last year charged eight British and U.S. citizens and the Danish tax authority SKAT is separately pursuing almost 80 defendants in London over alleged tax fraud in a civil case that centres on Sanjay Shah, a Briton based in Dubai, and his hedge fund Solo Capital Partners.

The alleged fraud is said to have been principally orchestrated from, or carried out through, British-based entities, Court of Appeal judges noted in a February judgment.

Shah has denied wrongdoing. His lawyer said last year that he and his businesses had acted lawfully and in accordance with Danish tax rules in force at the time. A spokesman declined to comment further.

Wanted by Denmark and Germany, Shah seemed beyond authorities' reach until Denmark signed an extradition treaty with the UAE in March.

The three brokerages fined by the FCA to date - The TJM Partnership, Sunrise Brokers and Sapien Capital - traded a total of 121.2 billion pounds of Danish and Belgian equities for Solo Capital and connected companies between January 2014 and November 2015, FCA documents show.

All three brokerages qualified for a discount to their fines for cooperating with the investigation.

The FCA had also issued five warning notices to companies and one to an individual about impending regulatory action over cum-ex trading by mid-November, according to the FOI request.

One warning notice was sent in June 2020 to an unnamed former chief executive, according to a 2021 High Court judgment.

The individual challenged the FCA notice in court and proceedings have been halted pending preliminary rulings in the estimated 1.44 billion pound case brought by SKAT against Shah and others in London.