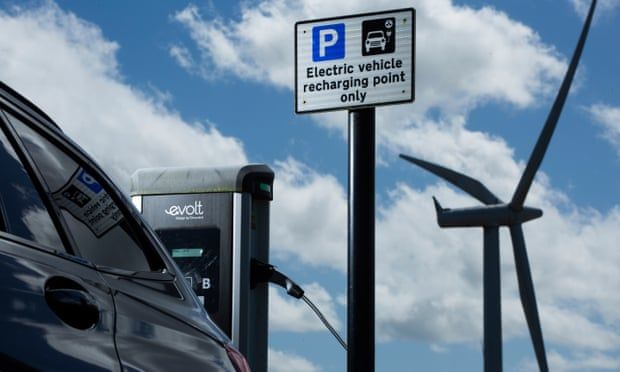 Taxes ‘must be raised to offset mounting cost of ageing population and falling fuel income’
Britain’s public finances are on an “unsustainable” long-term path with a debt burden that could more than treble without further tax rises to cover the mounting cost of an ageing population and falling fuel duties, the Treasury’s independent forecaster has warned.

The Office for Budget Responsibility said that if economic shocks continue to hit the public finances, debt is on course to reach almost 320% of annual national income (GDP) in 50 years’ time – up from 96% now – unless successive governments raise revenues to offset rising costs.

“The pressures of an ageing population on spending and the loss of existing motoring taxes in a decarbonising economy leaves public debt on an unsustainable path in the long term,” the OBR said.

In its annual health check of the public finances, the OBR said the government had already spent as much this year – 1.25% of GDP – to help households cope with the cost of living crisis as it had supporting the economy through the 2008 financial crisis.

If energy prices remained high over the next year and ministers continued extending this support, government borrowing would surge by £40bn in 2023-24.

Richard Hughes, the OBR chair, said the UK’s debt burden had increased by £1tn above forecasts 20 years ago, following a series of economic shocks – and there was no reason to think these would stop.

“Many threats remain, with rising inflation potentially tipping the economy into recession, continued uncertainty about our future trading relationship with the EU, a resurgence in Covid cases, a changing global climate, and rising interest rates all continuing to hang over the fiscal outlook,” the OBR said.

The switch to electric vehicles in the run-up to the promised UK ban on new petrol and diesel-powered cars from 2030 would be another hit to revenues over successive decades. Fuel duties are now a big source of tax revenue, while domestic electricity is relatively lightly taxed.

Undermining claims by some Tory MPs that tax cuts would spur economic activity and improve the outlook, the OBR warned there was no proof of this.

“Tax cuts don’t pay for themselves and would not improve the long-term financial position,” said the OBR’s chief of staff, Andy King. “In every case I can think of, when we look at tax cuts, the direct fiscal cost of cutting that tax outweighs the indirect fiscal benefit of improved economic activity.”

The OBR’s central forecast shows debt as a share of GDP falling over the next 20 years as spending on education decreases because of a lower birthrate, and slower increases in life expectancy reduce spending on state pensions.

However, even without successive economic shocks, the UK’s debt-to-GDP ratio is expected to rise to 267% of GDP in 50 years’ time.

To return that to its pre-Covid level of 75% would require extra tax rises or spending cuts of 1.5% of GDP, or £37bn every decade for the next 50 years, the OBR said.

In the forecaster’s worst-case scenario, debt could hit 430% of GDP in 50 years if Britain raised defence spending to 3% of GDP from 2%, experienced a big one-off hit from a cyber-attack, and faced persistent damage from a global trade war.

Before quitting as Conservative party leader, Boris Johnson pledged to increase defence spending to 2.5% of GDP and hinted that he may demand even higher spending to protect the UK from global military threats.

Hughes said it was understandable that governments should consider increases in defence spending now that the geopolitical and economic outlook was becoming increasingly uncertain. He said it meant the need to protect the public finances was likely to involve more trade-offs.

“Some risks are more uncertain. Energy prices could fall back rather than staying high if geopolitical tensions ease; and the process of global economic integration could be revived. And some threats are as yet largely unknown – as Covid was three years ago,” he said.

“But the lesson from the 20 years since the UK produced its first long-term public finances report is that all these risks need to be understood and mitigated if we are to safeguard fiscal sustainability in what appears to be an increasingly risky world.”
#Boris Johnson  #Johnson  #Covid