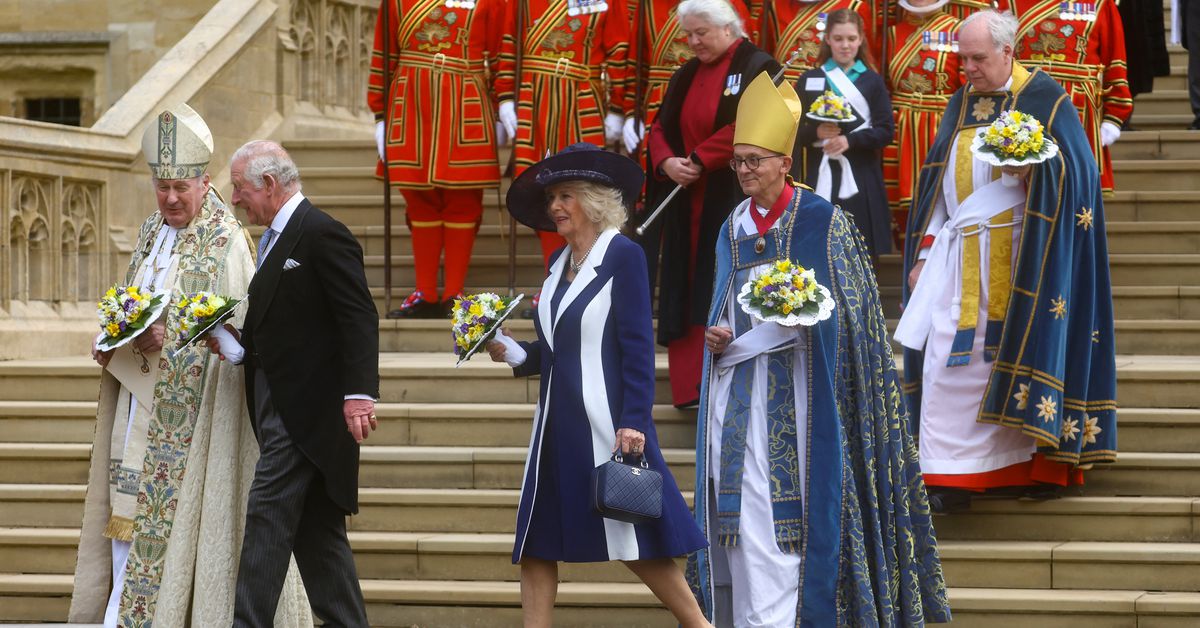 Britain's Prince Charles and his wife Camilla represented the royal family at the annual Maundy Service, where Queen Elizabeth usually distributes coins to pensioners in an ancient tradition ahead of Easter.
The queen, who turns 96 later this month, has been suffering from problems with her mobility and did not attend the service at Windsor Castle's St George's Chapel. She will also not attend an Easter Sunday service at Windsor.

The monarch has been forced to cut back on engagements since being hospitalised for a night last October for an unspecified illness, and then being told by her doctors to rest.

The traditional Maundy service, one of the most ancient ceremonies in the Church of England, normally sees the queen distribute money to men and women made up from pensioners in the local community, a task which was carried out by Charles in her absence.