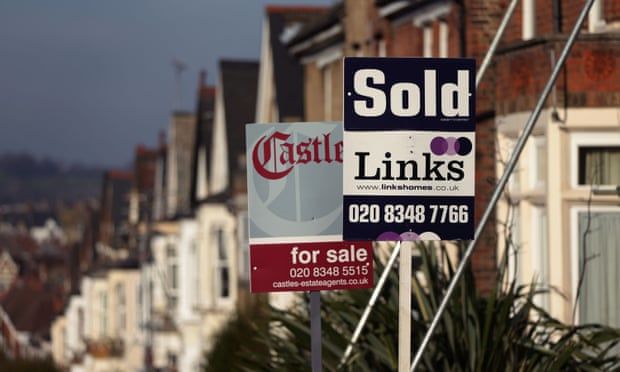 An increase could mean lower income tax and and also help young people on to the property ladder
Britain’s property taxes are outdated and favour a wealthy elite, according to a comparison with other countries carried out by the Organisation of Economic Cooperation and Development (OECD).

The report found that surging property prices across the OECD’s 38 member states were a cause for concern and should be restricted by more punishing property taxes.

In a series of recommendations that will make difficult reading for supporters of low property taxes, the Paris-based organisation said governments could cut taxes on workers’ incomes by raising charges on property wealth.

Laying out a six-point plan for property tax reform, the OECD said countries that sought to spur economic growth by cutting taxes on property transactions were propping up sky-high prices and favouring already wealthy sections of society.

Residential property has become the number one investment target for most people in the developed world, accounting for around 80% of all asset investment in the last 10 years. About 90% of bank lending is on mortgages.

Last year the Resolution Foundation thinktank said the government should increase property taxes to recoup some of the £3tn gained from property price rises over the previous 20 years.

Since the 2008 financial crash, when UK house prices dipped by about 15% on average, house values have soared. The most recent official figures showed prices grew by 12% in the year to May, despite concerns about the Russian invasion of Ukraine and the increasing likelihood the UK will suffer a recession later this year.

The then chancellor, Rishi Sunak, cut stamp duty on housing transactions up to a value of £500,000 in response to the downturn following the first pandemic lockdown. In the last two years house prices have increased by more than 20%.

In its annual review of taxes on housing, the OECD identified “a variety of ways in which the design and functioning of housing taxes could be improved”.

It criticised countries that allowed annual property taxes to be based on outdated values that failed to reflect current trends.

Britain’s only annual tax on property – council tax – is based on a banding system that uses house values dating back to its inception in 1993. It has been widely criticised by economists who argue it favours residents in larger houses that have gained in value over the last 30 years.

The report highlights that housing is the main asset for most households, and plays an even more important role for middle-income households, with owner-occupied housing representing on average 60% of middle-class wealth.

“Nevertheless, high-income, high-wealth and older households hold a disproportionate share of overall housing wealth. Unprecedented growth in house prices over the last three decades has made access to the housing market increasingly difficult for younger generations,” the report said.

Pascal Saint-Amans, director of the OECD centre for tax policy and administration, said governments could cut taxes on income if they pushed ahead with reforms to property taxes that raised extra funds.

“In the face of unprecedented housing market challenges, it is more important than ever to ensure that housing taxes are both fair and efficient,” he said.

“There is significant scope for countries to improve the design and functioning of housing taxes and this report provides a number of policy options to help countries implement reform.”