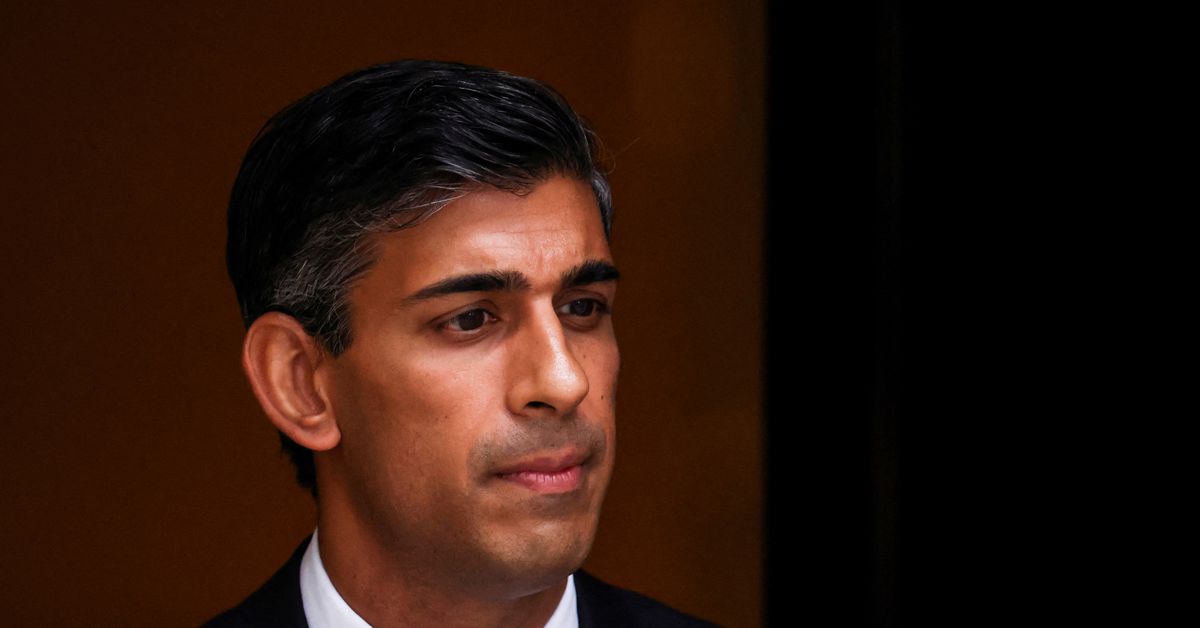 British Prime Minister Rishi Sunak will attend the COP27 summit in Egypt next week, he said on Wednesday, reversing a much-criticised decision to skip the annual climate gathering to work on pressing economic issues at home.
The Prime Minister's spokesman previously said participation in the climate talks would depend on progress on a domestic budget statement due on Nov. 17.

"There is no long-term prosperity without action on climate change. There is no energy security without investing in renewables," Sunak wrote on Twitter.

He said he was attending the summit to "deliver on Glasgow's legacy of building a secure and sustainable future" - a reference to an agreement at last year's event that Britain hosted. The deal was meant to keep alive the world's chance of averting the worst impacts of global warming.

Climate activists, opposition politicians and even some within his own party criticised Sunak after his office said last week he was not expected to attend the 27th session of the United Nations Climate Change Conference.

"The prime minister has been shamed into going to COP27 by the torrent of disbelief that he would fail to turn up," the opposition Labour Party's climate policy spokesperson Ed Miliband said. "He is going to avoid embarrassment not to provide leadership."

Britain's COP26 president Alok Sharma, who had been critical of Sunak's initial decision, said he was delighted the prime minister would attend the conference.

Meanwhile, former British prime minister Boris Johnson, who hosted world leaders at last year's COP26 in Glasgow, said he would attend COP27. "I was invited by the Egyptians," he told Sky News in an interview on Tuesday. "I want to talk a little bit about how I see things and how we see things in the UK."

Separately Britain, late on Tuesday said it would delay until Dec. 8 a decision on a new coal mine in Cumbria, northern England, meaning news on whether the project will go ahead will not emerge until after the climate talks have finished.

Britain has a climate target to reach net zero emissions by 2050, and the government’s independent climate advisers, the Climate Change Committee (CCC), have said this target would be more difficult if the mine goes ahead.

"The run up to next week’s climate summit was an ideal opportunity for the government to rebuild its battered green credentials by rejecting this damaging and unnecessary coal mine. It’s a shame they didn’t seize it," Friends of the Earth (FoE) energy campaigner Tony Bosworth said.

The Cumbria mine is being developed by privately owned West Cumbria Mining, which has said the project to extract coking coal for the steel industry would create around 500 jobs.
#Boris Johnson  #Johnson