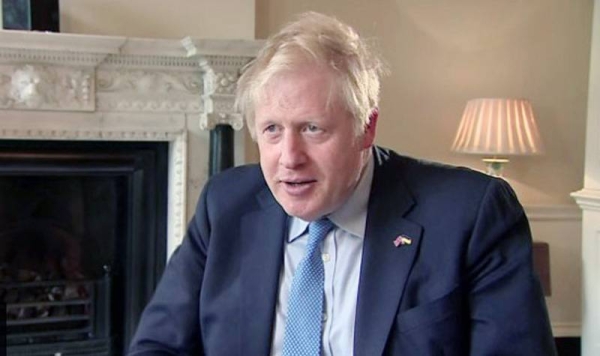 The leaders are due to visit key electoral battlegrounds before voters go to the polls on Thursday.
Party leaders are making their pitch to voters on the last day of campaigning ahead of local elections across the UK.

The leaders are due to visit key electoral battlegrounds before voters go to the polls on Thursday.

Voters will elect councils, which run services in England, Wales and Scotland, and the government in Northern Ireland.

The elections will test support for parties locally and may indicate the mood on national issues.

The elections will give party leaders their first opportunity to woo voters since the war in Ukraine began, and the row over parties held in Downing Street during lockdown, and increases to the cost of living.

The rising cost of living has been a prominent topic of debate, with inflation at a 30-year high of 7%, driven upwards by surging food and energy prices.

Writing in the Express newspaper, the Prime Minister Boris Johnson said he recognized people were "feeling the pinch as the cost of living rises".

He said his government was "focused on growing the economy to address the cost of living" and had already given help to households, including a council tax rebate of £150.

When asked if someone using a food bank was merely "feeling the pinch", Environment Minister George Eustice told the BBC: "They are, yes.

"We do recognize that and that's why we've put in place the package of measures that we have. We've got to take a proportionate approach to try to help people through that difficult time. We can't go too far, we can't mitigate all of the impacts."

Eustice said: "Generally speaking, what people find is by going for some of the value brands rather than own-branded products — they can actually contain and manage their household budget."

In an interview with ITV's Good Morning Britain, Labour leader Keir Starmer said the government had not done enough to alleviate the pressure on budgets.

He said April's rise in National Insurance was "the wrong tax at the wrong time" and said Labour would have imposed a windfall tax on the profits of oil and gas companies to ease living costs.

Speaking ahead of a visit to Wakefield, Sir Keir accused the Conservatives of "doing nothing" to help with rising energy and food costs.

He said: "The Conservatives...have made it worse by imposing 15 Tory tax rises — including this month's national insurance rise on business and working people.

"Labour's plan to tackle the cost-of-living crisis puts money back in your pocket. Our call for an emergency budget would mean action now."

Liberal Democrat leader Sir Ed Davey said he would target voters in the "squeezed middle" when he visited areas where the Conservatives have traditionally done well, in parts of London and southeast England.

Sir Ed said the elections are a "chance to send a shockwave from communities around the country to the heart of the Conservative Party".

"Boris Johnson is not fit to lead the country and he needs to go. At this time of national crisis, we can't afford to have a law-breaking prime minister and a tax-hiking chancellor," he said.

In a column for the Evening Standard, Green Party co-leader Carla Denyer said the main parties were "chronically failing to deal with the problems we face".

She said her party had a "better plan", which included investing £25bn per year in insulating homes to reduce energy costs and restoring a £20 uplift to Universal Credit benefits payments.

She said the Conservatives have "run out of excuses for their negligent inaction on their self-made cost-of-living crisis that is hammering families across Scotland".

"The only thing that will make the Tories sit up and take notice is when they think their own jobs are on the line — and that's why this election is so important," she said.

In Wales, where all 22 councils are up for election on Thursday, Plaid Cymru promised to tackle and housing crisis and offer free childcare for two-year-olds, among other campaign pledges.