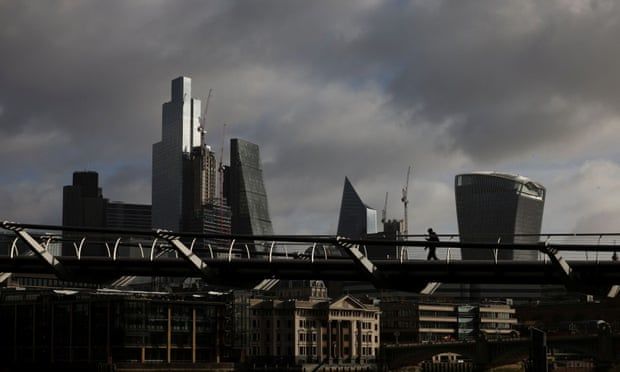 The Foreign Office has revealed that it has been sent numerous legal letters by firms representing oligarchs and companies seeking to avoid sanctions amid the Ukraine crisis.

Truss reiterated that she had a “hitlist” of oligarchs who would face further sanctions and said the UK was also looking to go further than just individuals.

She said the UK would “target the families of oligarchs, the people that work for them, the people who support them and the people who enable them” – a hint at the disquiet of the use of London law firms, banks and reputation agencies.

Truss said she would legislate to introduce new powers to prevent Russian banks from clearing payments in sterling, measures which will be applied to Russia’s largest bank, Sberbank. There will be a full asset freeze on three additional Russian banks.

The foreign secretary said that sanctioned companies and individuals would not be able to circumvent the rules using UK tax havens. “I have been very clear that we will absolutely be including British overseas territories in the measures we are taking,” she said.

“Alongside the legal services, the PR services, the accountancy services, we will be looking at the insurance services that these oligarchs rely on,” Truss added.

The new legislation will ban the Russian state from raising debt in the UK, and Russian companies – more than three million in total – will be prevented from accessing UK capital markets. There will also be an export ban further imposed across a number of key sectors including microelectronics, marine and navigation equipment.

The transport secretary, Grant Shapps, also said he had written to all UK ports asking them not to provide access to any Russian flagged, registered, owned, controlled, chartered or operated vessels.

Boris Johnson’s official spokesperson said Russia “must be treated like a pariah state” and warned City legal firms, accountants and banks that they should not be supporting allies of the Russian regime.

Asked on Monday whether those law firms threatening the Foreign, Commonwealth
& Development Office (FCDO) could themselves be sanctioned, Downing Street said: “We will certainly keep all options under review … this is an incredibly serious situation and we want to take all possible steps to ratchet up the pressure on Putin and his regime to get him to step back from this path.

“Individuals and businesses seeking to facilitate that regime and Putin’s actions to continue down this path of violence, we think, should step back from that as well.”

Johnson’s spokesperson added that businesses should “think very carefully if they are still continuing to do anything that props up the Putin regime”.

He also said the sanctions were intended to bring down the Putin regime – but quickly clarified that he had misspoken and meant to say they were aiming to “inflict financial pain on Putin and his regime, to stymie the Russian war machine as it attempts to subjugate a democratic European country”.

“We are not seeking anything in terms of regime change. What we are talking about here clearly is how we seek to stop Russia subjugating a democratic country. That’s been the message throughout.

“This is about preventing an unwarranted attack. We believe that no one should be supporting in any way or propping up in any way the efforts by Putin’s regime.”

The spokesperson said further sanctions against Russian individuals and businesses could be expected in coming days after a series of measures since Russia invaded Ukraine on Thursday.

Asked whether Russian oligarchs should use their positions of influence to speak out against Putin, he said: “I wouldn’t seek to single out individuals but certainly we think everyone should be united in condemnation of actions Putin has taken.”

Earlier on Monday, Evgeny Lebedev appealed to Putin to stop the invasion of Ukraine through his Evening Standard newspaper.

The Russian-born crossbench peer and friend of the prime minister, who owns the London-focused Evening Standard alongside the Independent, used the front page to write an open letter to the Russian leader.

“I plead with you to use today’s negotiations to bring this terrible conflict in Ukraine to an end,” he said.

Separately, Lubov Chernukhin, a major Conservative party donor, wife of Putin’s former finance minister and a former banker, told the Daily Telegraph she “would like to condemn all Russian military aggression in Ukraine in the strongest way possible”.

She added: “Over the last two decades, Putin’s despotic regime has degraded to Stalinesque persecution of the Russian people, brutally shutting down any political opposition or independent press and presiding over the catastrophic impoverishment of Russian citizens – whilst Putin and his clique continue to enrich themselves at the expense of the Russian people.”
#Boris Johnson  #Johnson