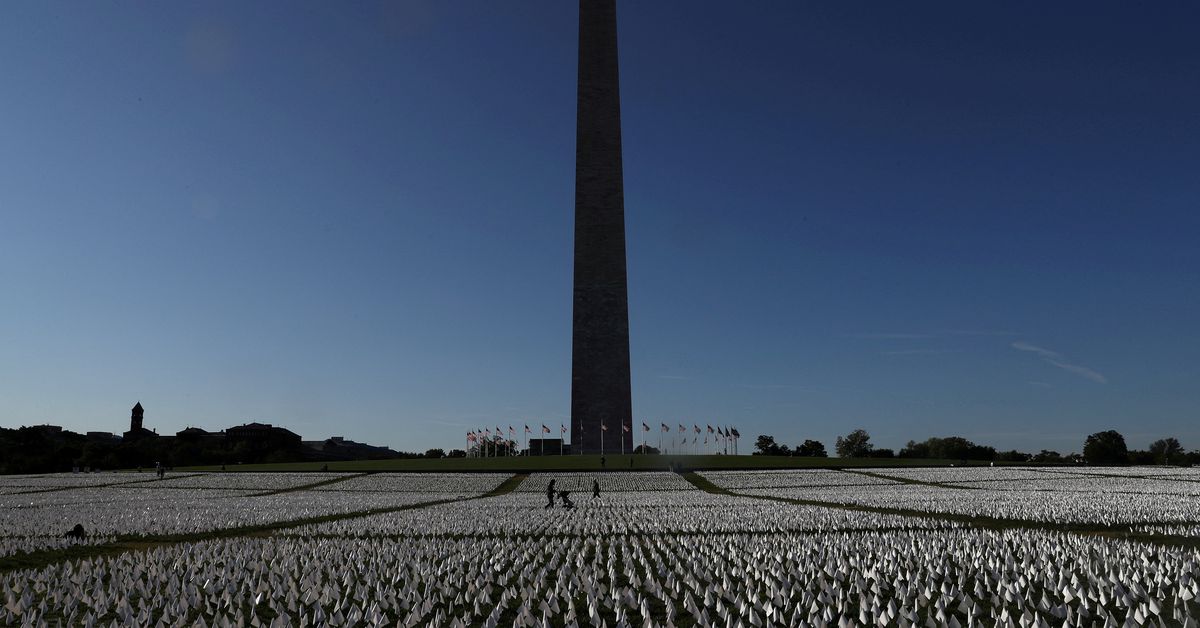 U.S. life expectancy fell further in 2021 due to COVID

Life expectancy fell in the United States in 2021 to its lowest since 1996, the second year of a historic retreat due to COVID-19 deaths, provisional government data showed on Wednesday.
The nearly one-year decline from 2020 to 76.1 years marked the largest two-year drop in life expectancy at birth in close to a century, the U.S. Centers for Disease Control and Prevention (CDC) found.

Disparity in life expectancy between men and women also widened last year to the highest in more than two decades, with men now expected to live 73.2 years, nearly six fewer years than women.

Deaths from COVID-19 contributed to half of the overall decline in life expectancy last year, with drug overdoses and heart disease also major contributors, the data showed.

"Mortality's been a little better in 2022 than it was in 2020, so I think it's likely that we would see maybe a slight increase in life expectancy," said Robert Anderson, chief of mortality statistics at CDC's National Center for Health Statistics.

However, life expectancy this year is unlikely to return to pre-pandemic levels and a lot rides on what happens toward the end of the year because deaths typically rise during winter months, Anderson said.

The data represents early estimates and has several limitations, the agency noted, including the difference in the time taken by various jurisdictions in submitting death certificates.
#COVID-19  #Covid