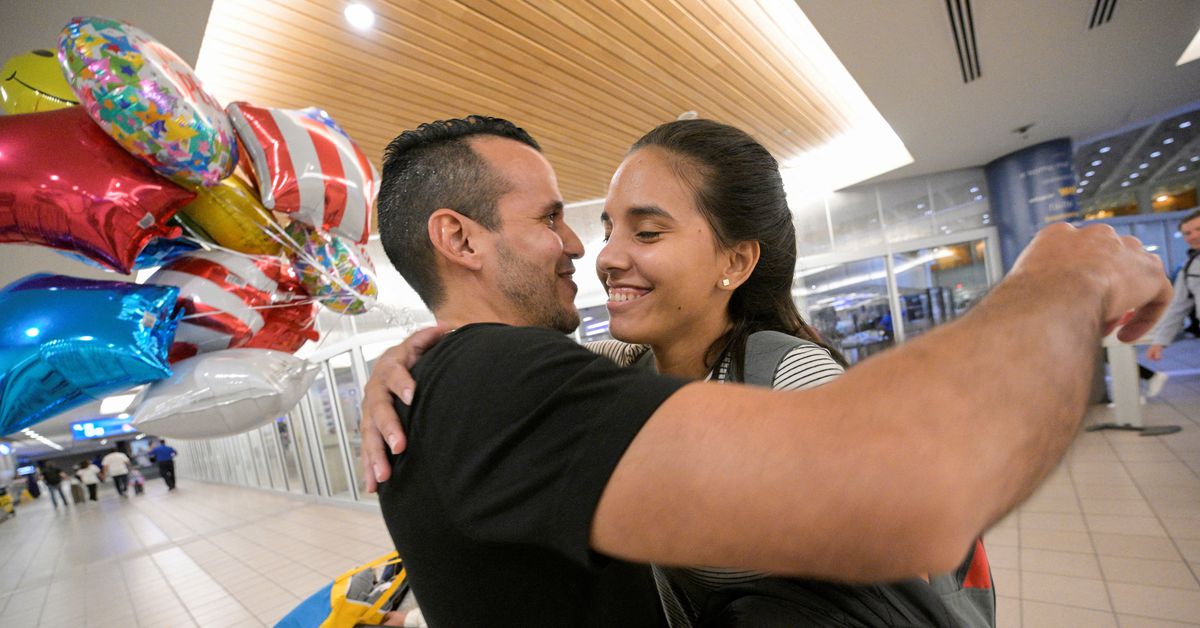 U.S. sponsors applying to bring Venezuelans into the United States under a new program are receiving approvals in hours or days, a lightning-fast pace that could soon fill up available spaces in the program, according to U.S. sponsors and advocates.

Some sponsors are U.S.-based relatives of Venezuelans eager to flee political and economic turmoil back home. But others, like South Florida business consultant Maria Antonietta Diaz, are willing to help strangers. Diaz, a Venezuelan-American advocate who has lived in the United States for the past 25 years, got in touch with Venezuelans seeking sponsors via social media.

Since the humanitarian program officially launched on Oct. 18, Diaz has already been approved to sponsor nine Venezuelans - six in her hometown of Maracaibo, Venezuela, and another three in Mexico en route to the United States.

The program does not have explicit income requirements but Diaz and her husband earn $150,000 annually, far above the roughly $23,000 that would typically be required to sponsor someone for a U.S. green card.

Around 7,000 Venezuelans have been approved for the new program since the Oct. 18 launch, a source familiar with the matter told Reuters. The source did not say how many had applied.

"It is clear that this orderly and limited way to live and work in the United States is providing incentives to Venezuelans to not put their lives in the hands of smugglers," the person said, requesting anonymity to share internal figures.

Diaz's request to sponsor a Venezuelan man in Cuernavaca was approved in just an hour, she said. She submitted another for two women in Mexico City at midnight and woke at 7 a.m. to see it was approved. Other organizations tracking the program also said applications have been approved quickly.

"It's incredible," Diaz said, calling it "huge progress" compared with the normal pace of U.S. immigration processing, which can take years in some cases.

U.S. President Joe Biden, a Democrat, launched a two-pronged approach to deter illegal border crossings last month. Venezuelans caught crossing illegally are now expelled back to Mexico under a pandemic-era order known as Title 42, while up to 24,000 Venezuelans will be allowed to enter legally through the program if they apply while they are abroad.

Biden, a Democrat, has struggled with record numbers of migrant crossings at the U.S.-Mexico border during his presidency - including 187,000 Venezuelans just in fiscal year 2022 - and Republicans have ramped up criticism as they aim to take control of the U.S. Congress in Nov. 8 midterm elections.

On Monday, Reuters video showed Border Patrol shot projectiles at Venezuelan and Central American migrants who crossed the Rio Grande during a protest that started on the Mexican side of the border.

For 23-year-old Victoriana Loaiza, who was expelled from the United States to Mexico after trekking for more than a month through South and Central America to get to the border, Diaz was a lifeline. 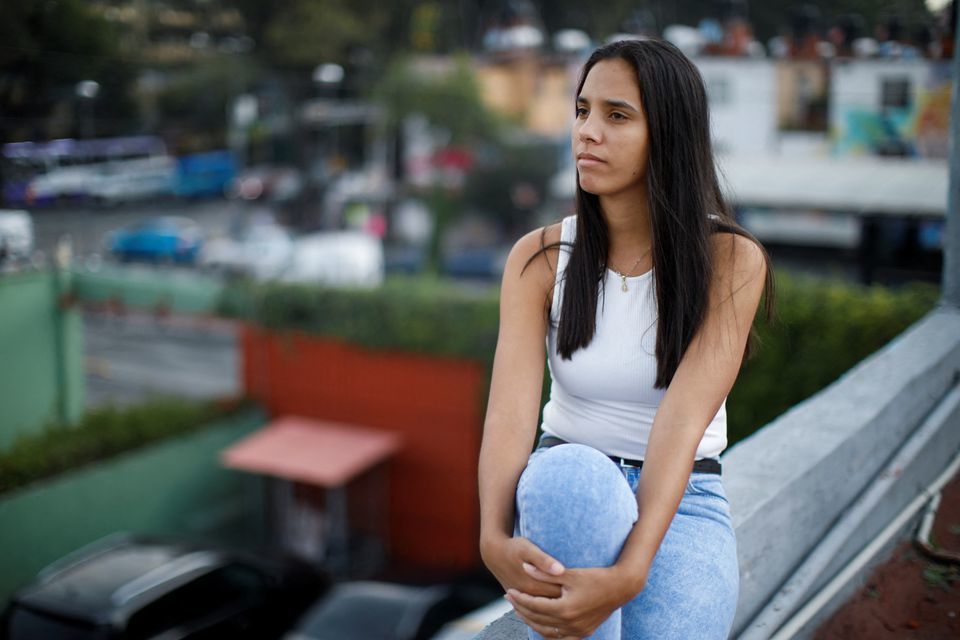 Venezuelan migrant Victoriana Loaiza, 23, who was expelled from the U.S. to Mexico under Title 42 and later got a humanitarian parole to travel back to U.S., poses for a portrait in Mexico City, Mexico October 28, 2022.

Loaiza managed a luxury accessory store in Maracaibo, but she said her $180 monthly income was not enough to support her 5-year-old son, as the price of a monthly basket of goods for a family has risen to around $375, according to the Venezuelan Finance Observatory.

After being sent back to Mexico, she quickly found Diaz through a friend, contacted her on Oct. 18, applied for the program and was approved by Oct. 27. She flew to Orlando on Monday, where she met her boyfriend, who arrived last year but could not act as her sponsor as he himself is applying for U.S. asylum and lacks legal status. She hopes to bring over her son once she is settled.

Venezuelans approved through the program - which is modeled on a similar effort launched earlier this year for Ukrainians fleeing the Russian invasion - receive permission to reside in the United States for up to two years and can apply for a work permits.

U.S. sponsors do not need to be related to Venezuelans to support their applications, but they must have permission to reside in the United States. Both sponsors and Venezuelan applicants have to pass background checks.

A week after the new program was announced and the Mexico return policy was enacted, U.S. authorities saw an 80% decrease in Venezuelan border encounters.

Loaiza said the program provides a safer alternative to Venezuelans than venturing through the Darien Gap, a jungle separating Colombia and Panama that she traveled through on foot.

"It prevents a lot of people from risking their lives," she said.