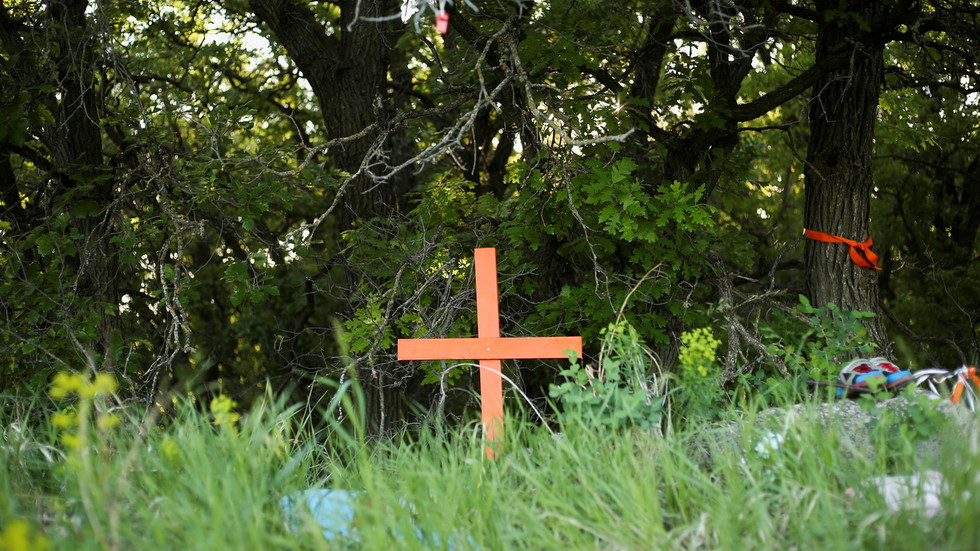 Another two Catholic churches have been apparently set on fire in British Columbia, making it four that have been destroyed since the discovery of mass graves at two defunct boarding schools for First Nations children.

The two fires were reported on Saturday morning, consuming the Lady of Lourdes Church in Chopaka and St. Ann’s Church in Hedley, some 60 kilometers away. St. Ann’s is on land belonging to the Upper Similkameen Indian Band, and Chopaka is in Lower Similkameen territory.

Both buildings were made of wood, over 100 years old, and served as meeting places and for Catholic members of the two tribes as well as the surrounding communities.

“This isn’t justice for what’s happened to our people. This is stupidity by some individuals!” Rose Holmes from Hedley, a tribe member, told the local news outlet Castanet.

Lower Similkameen Indian Band Chief Keith Crow told CBC that he received a call the Chopaka church was on fire around 4 am on Saturday, and that it was completely gone by the time he got there, half an hour later.

“I'm angry,” Crow said. “I don't see any positive coming from this and it's going to be tough.”

He thinks the fires are “not just coincidence,” after flames also claimed St. Gregory’s church in Osoyoos and Sacred Heart Church in the Penticton Indian Band territory last Monday.

The Royal Canadian Mounted Police is investigating the fires as possible arson, but no arrests have been made so far.

“While we understand the grief and rage felt by others across Indian country” over the recent discovery of unmarked graves at residential schools in British Columbia and Saskatchewan, “there are supports to help deal with these emotions in a more healing way,” the Lower Similkameen council said in a statement issued after the fires. Osoyoos and Penticton leaders have condemned the destruction of churches in their territory as well.

Tribal leaders are concerned some members of their communities might be consumed by anger over the discovery of mass graves at two sites in Canada over the past month. Last week, 751 unmarked graves were found at the site of a former residential school in Marieval, Saskatchewan. Another 215 graves were found in Kamloops, British Columbia earlier this month.

The Roman Catholic Church operated many of the 140 or so boarding schools established by the Canadian government in the 1870s to “civilize” and assimilate members of the First Nations by removing children from their families. Some of the schools operated until the 1990s. A Canadian Truth and Reconciliation Commission set up to investigate the schools concluded in 2008 that the system and the assimilation policy itself “can best be described as ‘cultural genocide’.”