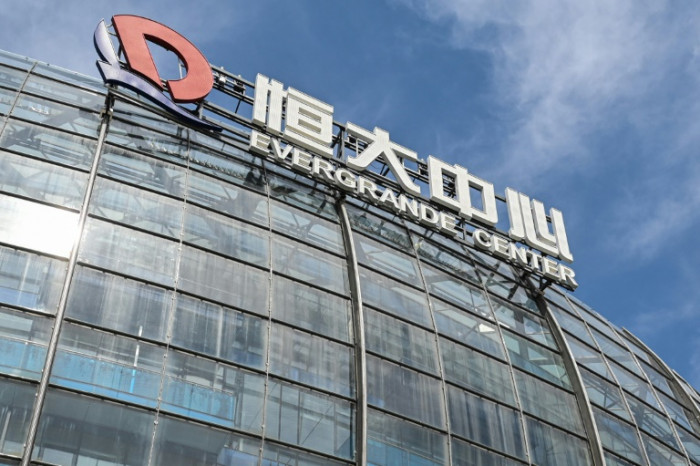 Two major Chinese property firms have defaulted on $1.6 billion worth of bonds to overseas creditors, Fitch Ratings agency said Thursday, as contagion spreads within the country's debt-ridden real estate sector.
The Chinese government sparked a crisis within the property industry when it launched a drive last year to curb excessive debt among real estate firms as well as rampant consumer speculation.

Companies that had accrued huge debt to expand suddenly found the taps turned off and began struggling to complete projects, pay contractors and meet both domestic and foreign repayments.

Real estate behemoth Evergrande has been the highest profile firm embroiled in the crisis, struggling for months to raise capital to pay off $300 billion in debt.

On Thursday, Fitch confirmed the company had defaulted for the first time on more than $1.2 billion worth of bond debt, as it downgraded the firm's status to a restricted default rating.

Fitch also confirmed Kaisa, a smaller property company but one of China's most indebted, had also defaulted on $400 million of bonds.

Evergrande's troubles first surfaced in the summer when it made clear how heavily leveraged the firm had become.

The eye-watering figures shook China's credit markets because the sheer size of the company and the potential fallout should it collapse.

Last month it missed its first foreign bond repayment but there was a 30-day grace period attached. That ran out on Tuesday with some bond owners complaining they had yet to be repaid.

Questions have swirled over whether Evergrande is simply too big to be allowed to fail, given its collapse could send shock waves through the wider Chinese economy.

But signs now point to Beijing being willing to close the chapter on the 25-year-old real estate empire that has typified China's breakneck growth in recent decades.

After Evergrande said Friday it may not be able to meet its financial obligations, the government summoned the company's founder and announced several moves that have given the clearest picture yet of Beijing's plans to end the crisis.

A new seven-strong "risk management committee" has been set up to manage the restructuring. Only two executives from the company are on the committee -- others include officials from state entities.

Guangdong's provincial government is also sending a working team to the company, which analysts at Jefferies said indicated a "potential takeover of Evergrande".

But its default will do little to calm investor nerves.

According to Bloomberg News, before Thursday, at least 10 lower-rated real estate firms have now defaulted on onshore or offshore bonds since the summer.

Before Thursday, Chinese borrowers had defaulted on a record $10.2 billion of offshore bonds, Bloomberg had reported, with real estate firms accounting for 36 percent of those non-repayments.