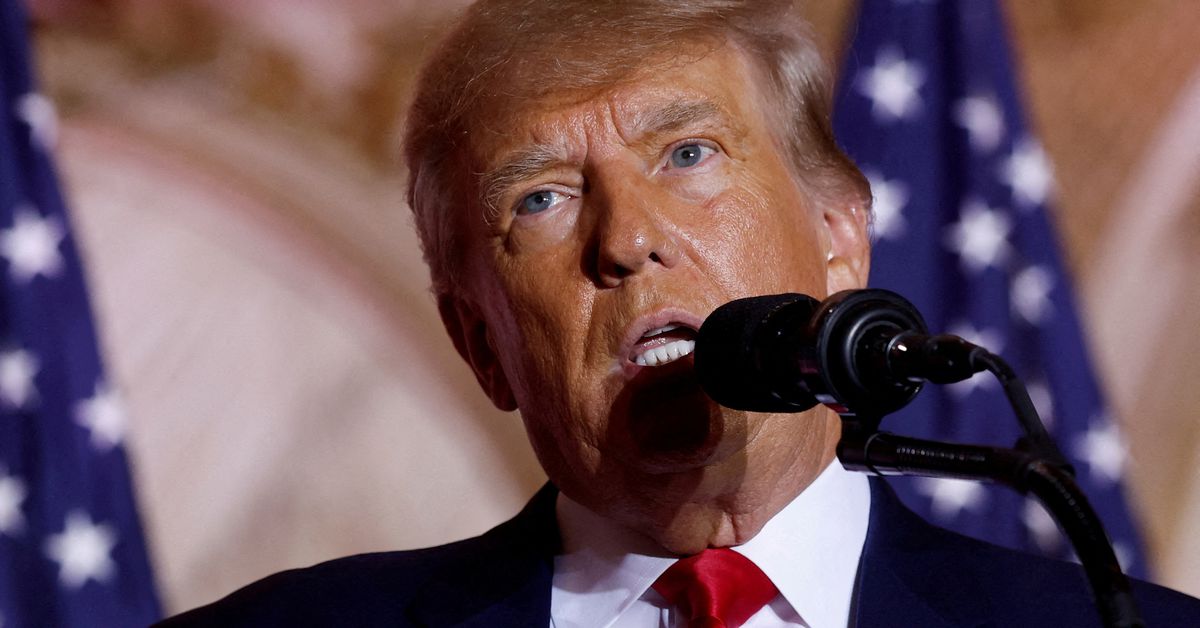 Donald Trump should be immune from civil lawsuits over last year's siege on the U.S. Capitol by his supporters, a lawyer for the former president told a federal appeals court on Wednesday.
Trump attorney Jesse Binnall told the U.S. Court of Appeals for the District of Columbia Circuit that Trump is immune from the lawsuits because he was acting as president in his impassioned remarks to supporters, using the "bully pulpit" to comment on outside events.

Democrats in Congress and police officers filed several lawsuits over the Jan. 6, 2021, Capitol attack that said Trump conspired with others to disrupt certification of the 2020 election results.

Trump told his crowd of supporters that he would never concede the 2020 election and urged them to "fight like hell" before they marched to the Capitol, where lawmakers were preparing to certify Democrat Joe Biden's victory.

A 1982 U.S. Supreme Court ruling held that presidents cannot be sued over their official acts. But U.S. District Judge Amit Mehta in Washington, D.C. ruled in February that Trump's fiery speech ahead of the riots did not fall within the then-president's scope of duties, allowing the lawsuits to move forward.

The three-judge panel pressed attorneys on both sides on the scope of presidential immunity and what options are available to hold people accountable for disrupting Congress.

Under questioning from Judge Gregory Katsas, Binnall said Trump could "theoretically" face criminal liability over the riots. But he reiterated that civil lawsuits should be barred because they could make other presidents vulnerable to future litigation over their speech.

Joseph Sellers, arguing in defense of the lawsuits, said Trump does not have immunity because his actions disrupted the work of another branch of government.

Asked if Trump's entreaties to supporters on Jan. 6 amounted to protected free speech, Sellers said the president's remarks should be considered as part of a series of actions aimed at preventing Congress from certifying the 2020 election.

The arguments come as Trump, who last month announced he is running for president again in 2024, faces federal criminal probes tied to Jan. 6 and his retention of White House records, as well as a congressional investigation over the Capitol violence.