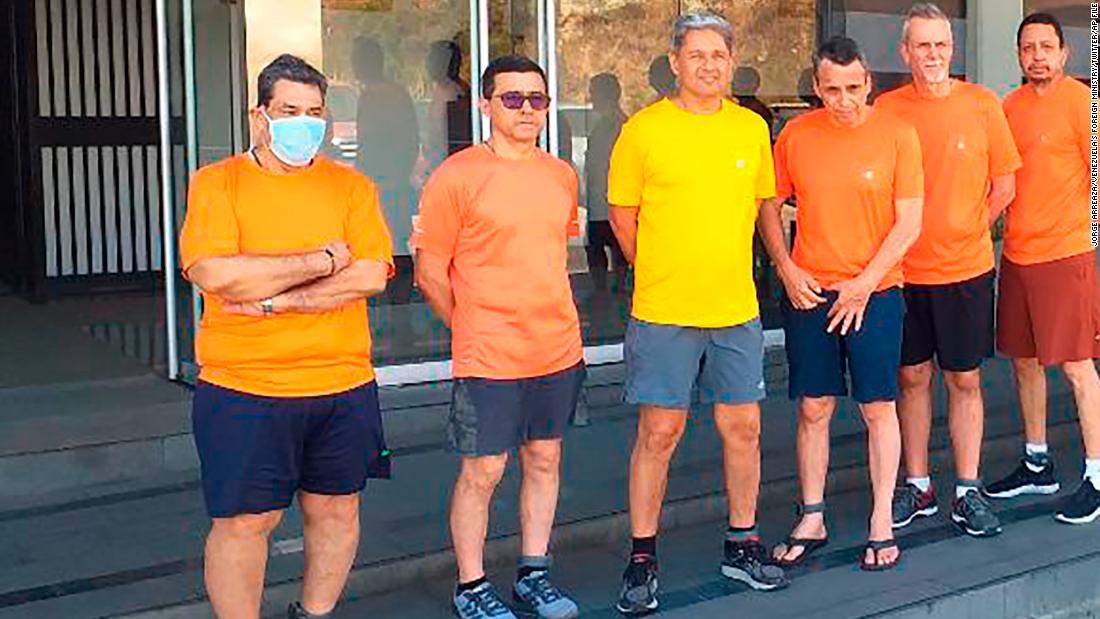 A top State Department official traveled to Venezuela this week and met with detained Americans as the Biden administration continues to seek their release, multiple sources confirmed to CNN Friday.

Special Presidential Envoy for Hostage Affairs Roger Carstens' quiet visit to the capital city of Caracas represents a significant development as efforts to free the men, many of whom have been imprisoned for years by the government of embattled Venezuelan leader Nicolás Maduro, have yet to succeed.

"We can confirm that the Special Presidential Envoy for Hostage Affairs Roger Carstens traveled to Caracas for discussions about the welfare and safety of US nationals in Venezuela," a State Department official said Friday.

"We continue to advocate for the immediate and unconditional release of all wrongfully detained US nationals in Venezuela at every opportunity," the official said.

According to a source familiar, the administration was able to work with the Maduro government to arrange the visits to check on a group of detained oil executives known as the "CITGO 6," who have just begun their fifth year in Venezuelan detention, as well as three other Americans who have been detained since 2020. This source said the Maduro government was accommodating of the visit.

No American officials had been able to meet in person with the detained men in years, as the US severed diplomatic ties with Maduro under the Trump administration.

According to family members of the CITGO 6, Carstens visited with the men -- Tomeu Vadell, Gustavo Cardenas, Jorge Toledo, Alirio Jose Zambrano, Jose Luis Zambrano and Jose Angel Pereira -- for about an hour and a half at El Helicoide, where they are imprisoned.

The State Department briefed the families about the visit on Friday, after Carstens had returned to Washington. The Associated Press was first to report on Carstens' trip.

His meeting with the CITGO 6 came as a total shock, several of the family members told CNN.

Carstens "actually brought pictures of him with our families" to prove his identity to the detained Americans, said Alexandra Z. Forseth, the daughter of Alirio Jose Zambrano and niece of Jose Luis Zambrano. She said it seemed that the guards at the prison gave the men some privacy to meet with Carstens.

"I think it was very uplifting for both parties," she told CNN.

One of the men recognized Carstens and was so taken aback that he asked to touch his face to see if it was really him. Carstens gave each of the men a hug before he left, the source familiar said.

The CITGO 6 -- five US citizens and one permanent resident -- were summoned to Venezuela in November 2017 for an emergency work meeting, where they were arrested on corruption charges.

As CNN reported in recent weeks, the men have become pawns in the geopolitical confrontation between the US government and the Maduro regime. Carstens' visit comes follows increased public scrutiny from the families over the lack of progress in securing the group's release.

The US envoy was also able to meet jointly with Luke Denman and Airan Berry, two US veterans arrested in May 2020 on accusations by Maduro that they were attempting a coup, as well as with Matthew Heath, another US veteran who was arrested in September 2020 and accused of being a terrorist.

Denman's brother Mark described it as a "welfare check" and said the meeting lasted about 45 minutes. Heath's family said Carstens "was able to conduct a brief wellness check."