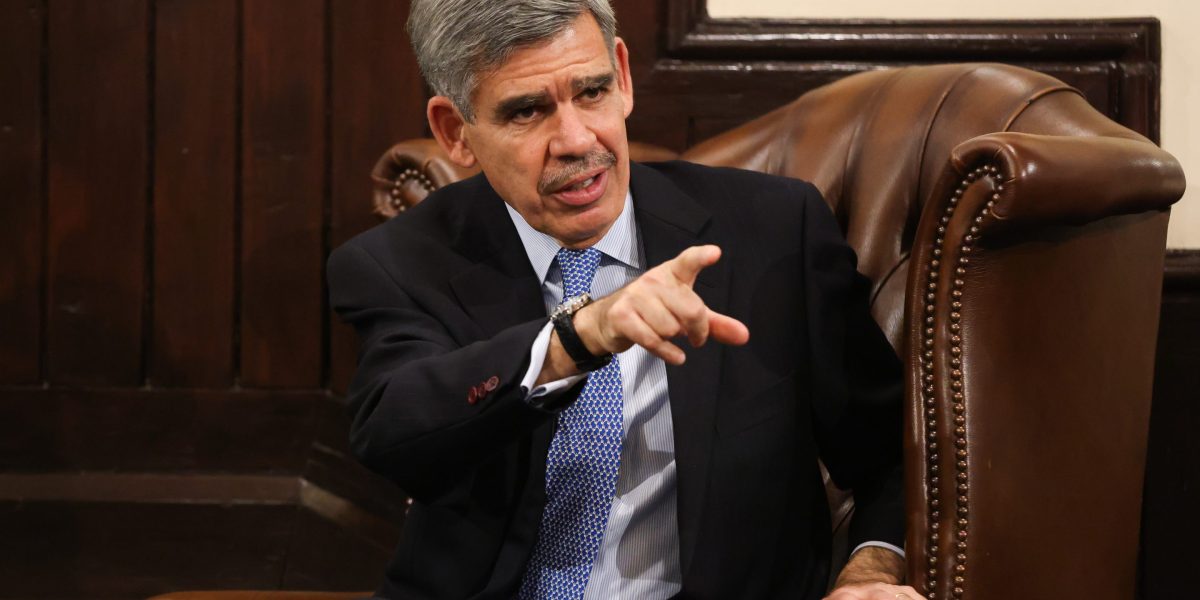 Top economist Mohamed El-Erian says we’re not just headed for another recession, but a ‘profound economic and financial shift’

The former CEO of PIMCO sees three trends that suggest a transformation in the global economy is under way.
Investors and economists have been sounding the recession alarm. But one major economist who has seen warning signs mounting for many months says this potential recession is unlike what we’re used to.

That economist is Mohamed El-Erian, previously the chief executive officer of the massively influential bond-market player PIMCO. He also chaired former President Barack Obama’s Global Development Council and has written several economic best-sellers. Simply put, he’s one of the best Fed and markets watchers alive, and he hasn’t liked what he’s seen for some time now.

There’s a tendency to see economic challenges as “temporary and quickly reversible,” El-Erian wrote in a commentary for Foreign Affairs, citing the Federal Reserve’s initial thought that high inflation would be transitory or the consensus that a recession could be short.

“The world isn’t just teetering on the brink of another recession,” he continued. “It is in the midst of a profound economic and financial shift.”

He referenced economic theory that a recession occurs when a business cycle reaches its natural endpoint and before the next cycle really takes flight, but he said this time won’t be one more turn of the “economic wheel,” as he sees the world experiencing major changes that “will outlast the current business cycle.” He highlighted three trends that suggest a transformation in the global economy is under way.

The first transformational trend, El-Erian says, is the shift from insufficient demand to insufficient supply. The second is the end of boundless liquidity from central banks. And the third is the growing fragility of financial markets.

These help to explain “many of the unusual economic developments of the last few years,” he wrote, and looking forward he sees even more uncertainty as economic shocks “grow more frequent and more violent.” Analysts aren’t waking up to this yet, he added.

The first shift was driven by the effects of the pandemic, beginning with the entire system coming to a halt and stimulus from the government, or what El-Erian called “enormous handouts,” causing “demand surges well ahead of supply.”

But as time went on, El-Erian said, it became clear that the issue of supply “stemmed from more than just the pandemic.” It’s tied to Russia’s invasion of Ukraine that resulted in sanctions and geopolitical tensions, along with a widespread labor shortage brought forward by the pandemic. These disruptions in supply chains gave way to “nearshoring,” a more permanent shift of companies moving their production closer to home, rather than a reconstruction of the 2019-era supply chain. This essentially reflects a change in the “nature of globalization.”

“Making matters worse, these changes in the global economic landscape come at the same time that central banks are fundamentally altering their approach,” El-Erian said. As he has been for months now, El-Erian criticized the Federal Reserve in particular for being too slow to recognize inflation entrenching itself into the economy, and then for its steep rate hikes to make up for lost time.

As inflation soared, the Fed pivoted to aggressive rate hikes—with the last four increases all being by 75 basis points that lifted the federal funds rate to a range of 3.75% to 4%. But this fundamental change in approach led to the third problem, El-Erian writes. “Markets recognized that the Fed was scrambling to make up for lost time and started worrying that it would keep rates higher for longer than would be good for the economy. The result was financial market volatility.”

Markets have been trained to expect easy money from central banks, he said, and the “perverse effect” of that has been for “a significant chunk of global financial activity” to flood into asset management, private equity and hedge funds, among other less-regulated entities. The gyrations in markets since the easy money era ended this year can be understood as that significant chunk looking for a new home, investment-wise. It’s fragile at this point.

El-Erian isn’t alone in citing multiple threats to the future of the world economy. The veteran economist Nouriel Roubini and the financial historian Adam Tooze are two other prominent voices warning of interrelated threats. Roubini has just authored a new book called “MEGATHREATS” about no fewer than 10 giant economic problems facing the world, while Tooze has popularized the term “polycrisis” to describe a group of related and compounding problems.

Roubini himself told Fortune recently that he and Tooze are describing a similar set of phenomena, although he did not touch on El-Erian’s criticisms. However, like El-Erian, Roubini explained the multiple factors at play, and because they’re so interconnected, it creates a domino-like effect, contributing to a possible recession.

“If you raise interest rates, you can also have a crash of equity markets, bond markets, credit markets, and asset prices in general that causes further financial and economic damage,” Roubini told Fortune. Still, he explained that raising rates does help fight inflation, even though it risks the possibility of a hard landing, all of which are triggered by “negative shocks” to the supply chain.

Moving forward, El-Erian concluded, these changes mean economic outcomes will be harder to predict. And it won’t necessarily mean one simple outcome but rather a reflection of a “cascading effect”—in that one bad event could likely lead to another.