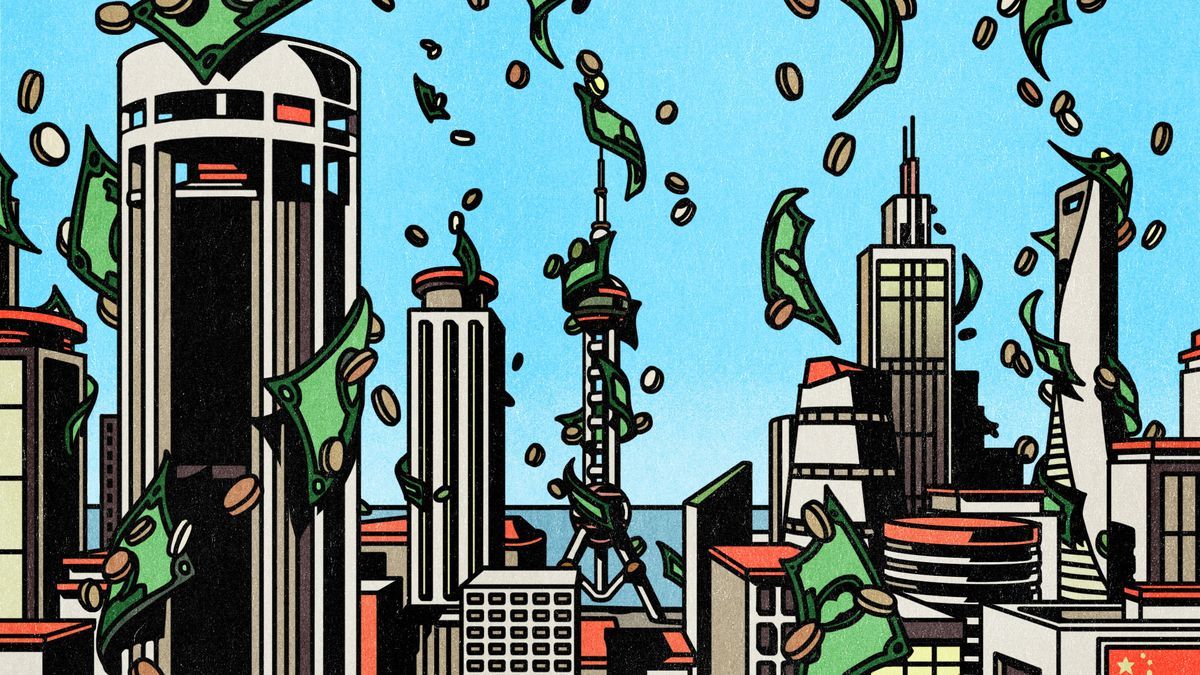 Finding ways around the rules is something of a national pastime.

Technically though, most of these purchases are the result of loopholes exploited by Chinese citizens — or in some cases outright law-breaking. China’s capital control rules explicitly forbid citizens from using any of their $50,000 annual foreign exchange quota to directly purchase offshore property or securities, although indirect investment via some channels is permitted. There’s an official program for trading Hong Kong stocks, for instance, which crucially doesn’t include IPOs.

Depending on the severity of the breach and the amount of money involved, potential sanctions range from being denied future quotas to criminal conviction.

Despite the risks, finding a way around the regulations is something of a national pastime. For ordinary middle-class families exploiting loopholes is all about making money, while for the rich — spooked by China’s crackdown on Alibaba Group Holding Ltd. — it’s about protecting fortunes.

As the Chinese authorities periodically crack down on common techniques, exactly how funds are moved changes over time. Right now, it’s all about peer-to-peer and cryptocurrencies rather than cash in a suitcase.

“It’s got a lot harder than before, but people are still finding a way,” said Peter Cai, project director of Australia-China relations at the Lowy Institute. “The risks are manageable for most people because the rules haven’t been fully enforced by the Chinese authorities.”

Details are based on interviews with people who moved money offshore and those familiar with the practice, who declined to be quoted publicly or by full name due to the sensitivity of the topic.

A prerequisite to spending money abroad is an offshore bank account. This part is legal, if sometimes tricky.

Chinese banks set a high bar for opening a Hong Kong bank account onshore: China Minsheng Banking Corp., for example, asks its clients to deposit 300,000 yuan ($46,476) for three months. And Chinese banks tend to be stricter about checking what quota money is used for.

Those who spend significant time overseas — for example attending university — can qualify for accounts while out of the country. For those without that connection, players like Standard International Bank offer U.S. accounts opened online with no asset requirements. The drawback? The transaction costs for shifting money out are higher than using a Hong Kong bank account, said Zhu Yunpeng, head of securities and futures brokerage department at TF International Securities Group Ltd.

Once you have an offshore account, you can then wire in money up to your quota limit.

To buy into the latest hot Hong Kong public offering, it’s then just a matter of moving money into a brokerage account. Each individual step is legal, but taken together as a chain individuals are breaching their pledge on what they intend to use their forex for. Though that’s not putting people off — at one brokerage, mainland customers have driven a 10-fold surge in new account openings this year.

“Most of the people moving money outside the borders are to pursue higher investment returns,” said Hao Hong, chief strategist of Bocom International, highlighting in particular the rush to get in on overseas IPOs of superstar technology firms.

The risks: Chinese regulators have so far turned a blind eye to such practices and the forex regulator is mulling whether residents should be allowed to buy overseas stocks directly. The State Administration of Foreign Exchange didn’t immediately respond to a faxed request for comment. Still, if officials decide to crack down, violators could be added to the currency regulator’s watch list, denied foreign exchange quota for three years and subject to anti-money-laundering investigations.

If you want to avoid drawing attention to yourself with cross-border transfers — or move more than the $50,000 cap — another popular option is a “two-way exchange.”

First, find someone who wants to get investment gains back into China. Agree terms like who makes the first move and the exchange rate. Then transfer yuan to your counterpart’s Chinese bank account, while they put foreign currency in your offshore account.

Where there’s demand, there’s a business. Some Hong Kong-based insurance agents have turned themselves into underground money exchangers for those who need the local dollar, typically charging a fee, according to two insurance agents who declined to be named.

The risks: Apart from the risk of someone running off with your money, the biggest threat is a potential criminal penalty. Fraudulent buying and selling of foreign exchange or forex trading in a disguised form could lead to a criminal conviction, according to a document published by the Supreme People’s Court. It doesn’t give a detailed description of exactly what types of transaction fall into this category.

The nature of cryptocurrencies, which are based on decentralized blockchain technology, makes them hard to trace and thus a perfect conduit for grey-market money. The trouble is the authorities know that too.

“There are no legal channels to trade Bitcoin in China,” said Da Hongfei, founder of blockchain solutions provider Onchain. “Some rely on peer-to-peer transaction, but there’s hardly an easy way.”

The first step is to use a virtual private network to get outside the Chinese-controlled web and set up a crypto trading account.

To get money into the account, most people use yuan to buy USDT, a digital coin from Tether. USDT tokens are often bought from existing users, and are accepted by many crypto platforms as payment because they are backed by the same amount of U.S. dollars.

Then you can use your Tether USDT tokens to buy a liquid and well-accepted digital currency like Bitcoin and pay directly for offshore purchases. Or sell the tokens and ask the buyer to wire the proceeds to your offshore bank account.

The risks: There are no officially sanctioned crypto exchanges in China. Additionally, as cryptocurrencies are still a favored vehicle for illicit purposes like money laundering any funds suspected of being involved in such activities could trigger a bank account freeze overseas as well.

Wealthy individuals or companies also have the option of inflating purchase prices.

Those who want to move money offshore via this approach can arrange to overpay for an overseas asset. The seller then pays the difference between the transaction price and the market price to a party connected to the buyer as a consultancy fee. That “fee” can then be deposited in the buyer’s offshore account.

After waiting a while, the assets can be resold to another local partner below the market price, with the seller claiming the business has failed due to bad decisions or a changing business environment.

While the remaining value will be pulled back to China, the difference between the market price and the resale price is thus retained offshore and can be retrieved from the local partner under the pre-arranged deal, said Shen.

Risks: China has stepped up scrutiny of overseas acquisitions due to concerns about systemic risks. While the move is primarily aimed at the biggest players like once-sprawling conglomerate HNA Group Co. — which spent more than $40 billion on acquisitions across six continents between 2016 and 2020, although there’s no evidence it inflated purchase prices — everyone can expect more questions.