The Enslaved People of George Mason Memorial recognizes that the school's founder enslaved more than 100 people.

A statue at George Mason University that students are known to rub for good luck and take graduation photos with is now surrounded by a new memorial that honors the people the school's namesake enslaved.

George Mason University unveiled the memorial this week as part of the institution's attempt to reckon with the complicated legacy of George Mason IV.

Mason, a prominent figure in Virginia's history, is well known for crafting the state's Declaration of Rights, which later influenced the U.S. Bill of Rights. He also enslaved more than 100 people, many of whom were children, at Gunston Hall Plantation.

But the fact was not widely known by many students until 2017, when a group of undergraduates and faculty members began researching the everyday lives of enslaved people who lived and worked at his home, said George D. Oberle III, director of the Center for Mason Legacies.

While some historians had believed Mason was against slavery because he advocated against the trans-Atlantic slave trade, documents like Mason's will show he did not free any of the people he enslaved upon his death.

ENSLAVED LABOR BUILT THESE UNIVERSITIES:Now they are starting to repay the debt

After completing the project, students wanted to memorialize the people they'd studied, so they worked with architects to design a memorial over the course of two years. On Monday, it was dedicated during a celebration of the schools' 50th anniversary.

At nearly 300 feet, the memorial has two panels: one features Penny, an enslaved girl Mason gave to his daughter, and 81 names of other people who were enslaved by Mason. The other panel depicts James, described as Mason's "personal assistant."

The memorial is built around a decades-old statue of Mason that is part of many campus traditions, said Wendi Manuel-Scott, a professor of integrative studies and history.

She said one of the first things the group told administrators is that they did not want to remove the Mason statute but rather add context to it.

They added four quotes to the base of a statue of Mason to highlight four aspects of his life: a legal scholar, a father, author of the Virginia Declaration of Rights and an enslaver.

Manuel-Scott said they also added a bronze replica of a brick found at Gunston Hall, which archaeologists believe contain an imprint from the hands of an enslaved person.

Oberle said he was "blown away" when the memorial was unveiled this week.

"I was overwhelmed," he said. "It's still hard for me to believe that it's there and that we have tried to reclaim the voice of these long forgotten people."

The memorial is the centerpiece of the recently renovated Wilkins Plaza, which is named after Dr. Roger Wilkins, a Black civil rights leader, Pulitzer Prize-winning journalist and Mason professor. The site includes a fountain featuring a quote from Wilkins lined with stones in a circular pattern that Manuel-Scott said symbolizes a collection of shells and stones found at Gunston Hall that is believed to have cultural and spiritual meaning.

In recent years, many schools including The University of Virginia, Harvard and others have started to acknowledge and atone for relying on the labor of enslaved Black people and accepting donations from plantation owners.

George Mason President Gregory Washington said in a statement to USA TODAY the memorial "conveys the values and actions of George Mason University in the 21st century. We grow wiser from examining our full truths, no matter how complicate, messy or discomforting they might be.”

Manuel-Scott echoed that sentiment, saying she hopes each time people visit the memorial they see something new and develop a deeper understanding of the history behind it.

"My hope is that Penny and James and the ancestors more broadly, that they wherever they are, are smiling down on us, knowing that we have done our best to honor them," she said. 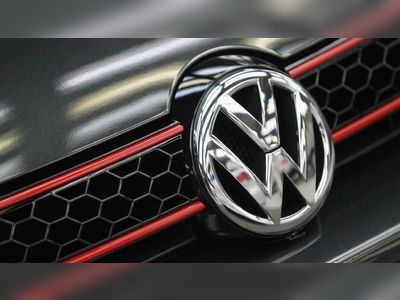