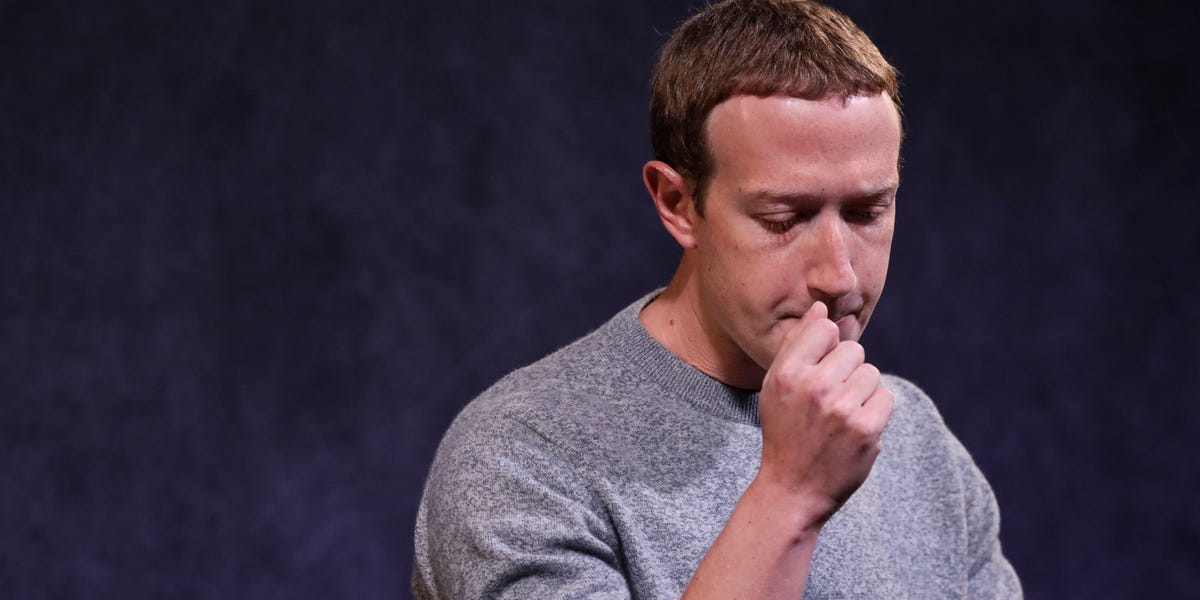 'The Metaverse will be our slow death': Meta employees hit out at Mark Zuckerberg in Blind reviews

Staff at the Facebook and Instagram owner flooded Blind with negative comments about their CEO on the day he axed 13% of its workforce.
Meta employees are taking aim at Mark Zuckerberg in employee reviews on Blind, the anonymous forum.

Some reviews, posted on Wednesday – the day Meta laid off 13% of its workforce – are negative, although others are more positive. One user likened the layoffs to the "hunger games" and another said the Facebook owner had an "uncertain future."

Insider surveyed the workplace community app, where staff can air their grievances in posts and reviews, to see what was being said about Meta and its CEO. Some 44 employee reviews of Meta were posted on Blind on Wednesday and Thursday this week.

"The Metaverse will be our slow death," one user, who called themselves a senior software developer, posted on Wednesday. They added: "Mark Zuckerberg will single-handedly kill a company with the meta-verse."

Zuckerberg apologized to staff for the need to cut 11,000 jobs, admitting that he "got this wrong".

Blind users must provide their work email email address, job title and employer when joining the platform so the company can "gauge the professional status" of posters, according to its website.

A user's employment is not officially verified, however. Blind said it occasionally sent prompts to users to "re-verify" their accounts.

Rick Chen, head of public relations at Blind, told Insider: "Nearly all of the reviews posted have been written by current employees of the respective companies at the time of writing, as people generally cannot access Blind after they are laid off or resign."

He added: "The loss of access after an employment change is not immediate."

Meta employees have posted almost 6,000 reviews of the company on Blind since 2020 and it has a rating of 4 out of 5 stars.

A self-described engineer, who gave the company five stars, listed "extremely smart and talented coworkers" as well as "great culture" in a list of "pros". Posting on the day the layoffs were made, they added that "Zuck is leading this company in the wrong direction" in their list of "cons".

A user who says they are a data scientist said Meta is in "need of layoffs in executive level," adding: "Leadership is having no clue, they mistake motion for a progress."

One person, who said they worked in talent acquisition, gave Meta a four-star rating on Wednesday. They said it was an "overall great place to experience" adding that "Mark is not afraid to take risks (which is a good and bad thing)."

A poster, who says they are a senior technical program manager, wrote on Thursday: "Poor leadership is on track to sink this ship." They went on to list "good pay" perks, benefits and talented peers as "pros". The "cons" included: "No accountability at and above Director level. VPs and Directors are here to just milk the company without adding any value."

They added: "I thought it was a data-driven company but actually it is one man's gut feeling and emotions-driven. Nobody can overwrite his decision."

Not all Meta employees share the negative view of Zuckerberg, however. One former staff member who was laid off Wednesday told Insider that they felt the CEO handled the layoffs "with humanity".

Another engineer gave the company just one star on Wednesday and described the mass cuts as the "worst layoff in history." They said: "With the layoff, I wouldn't recommend anyone to work there until the stock price fully recovers."