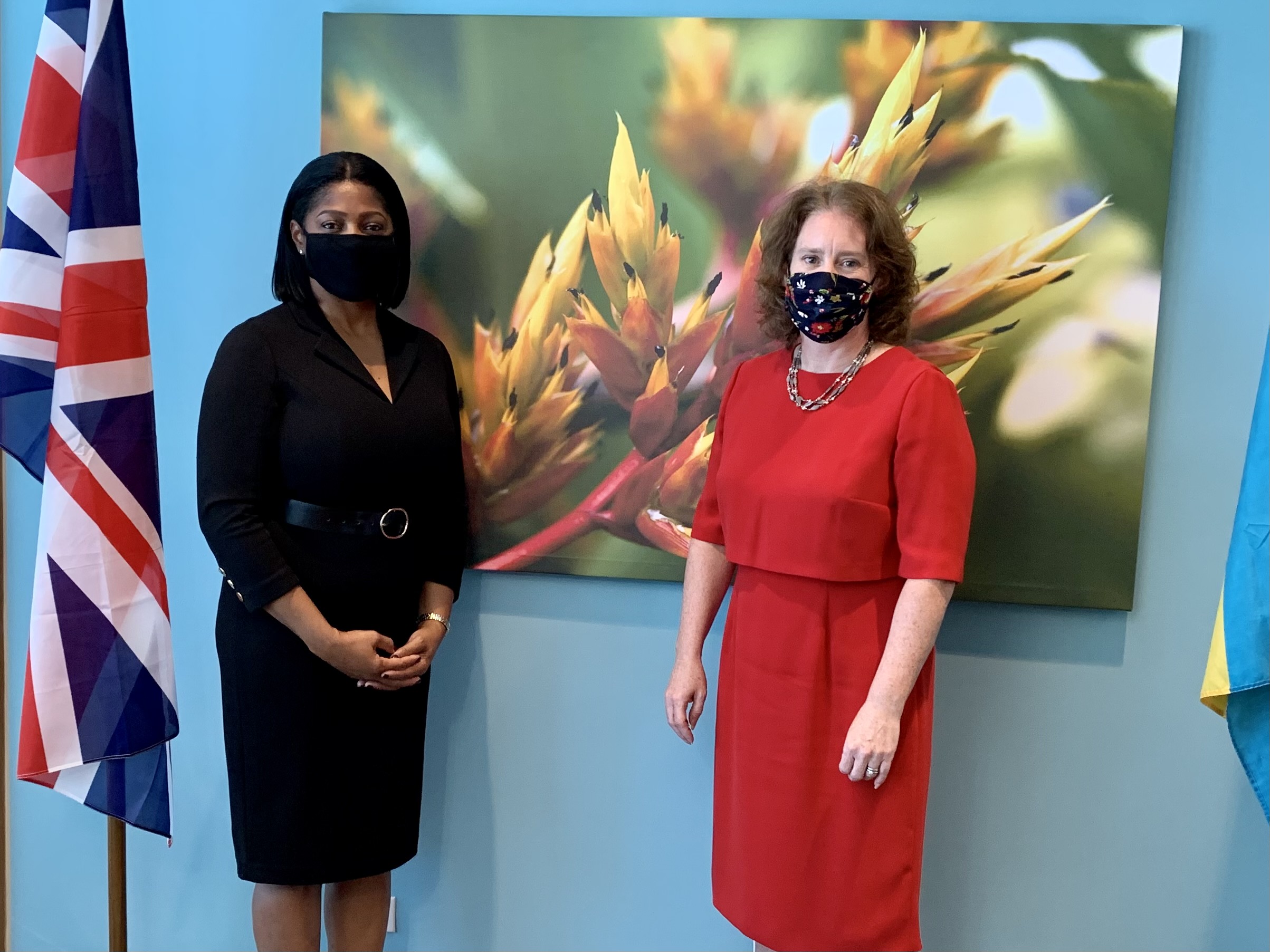 The Bahamas and Britain hold talks on disaster preparedness

British High Commissioner to the Commonwealth of The Bahamas Sarah Dickson paid a courtesy call on Minister of State for the Ministry of Disaster Preparedness, Management and Reconstruction Pakesia Parker-Edgecombe on Thursday, May 13, 2021.
Talks held at the ministry, in the Campbell Maritime Building on West Bay Street, focused on disaster preparedness, with the view of the 2021 Atlantic Hurricane Season, which usually begins June 1 and ends November 30.

The Bahamas and Britain established diplomatic relations in 1973 and in that spirit of diplomacy, multilateral ties remain — one being rendering assistance in the event of a disaster.

Parker-Edgecombe underscored the importance of the “symbiotic” relationship between The Bahamas and Britain. She thanked Britain for coming to the aid of The Bahamas in the immediate aftermath of Category 5 Hurricane Dorian, which left in its wake many lives lost and massive destruction in East Grand Bahama and North Abaco and its cays.

The RFA Mounts Bay vessel was deployed to the region in June 2019 in anticipation of hurricane season. It arrived in The Bahamas equipped with aid, specialist personnel, building materials and a helicopter to render assistance in the Hurricane Dorian recovery efforts.

This would be the case should The Bahamas need assistance if faced with a disaster during the 2021 Atlantic Hurricane Season, the high commissioner said.

She added that additional support would be sought from British territories in the region — namely the Turks and Caicos islands, the Cayman islands and Bermuda — should the need arise.

The minister noted that as the National Emergency Management Agency (NEMA) has designated May “Disaster Preparedness Month”, the agency continues to move forward with implementing best practices so as to limit the impact of any disaster.