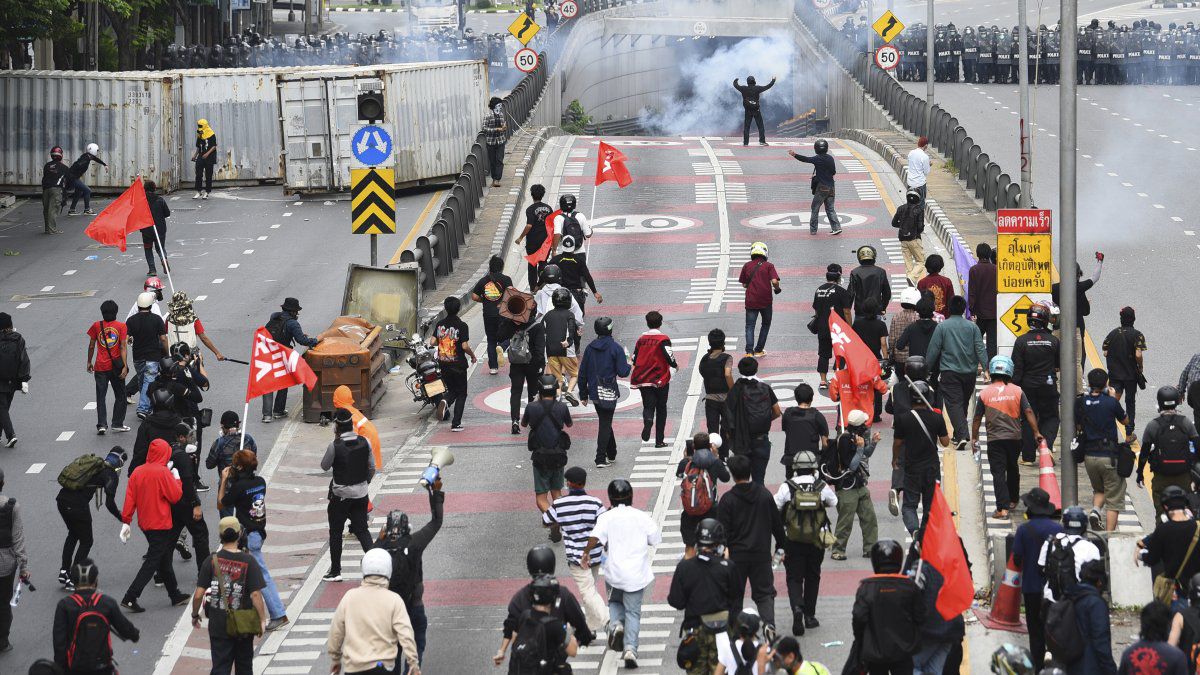 Bangkok and the surrounding provinces have been under lockdown, including a night curfew, for weeks.
Riot police used water cannons, tear gas and rubber bullets to break up a crowd of youth protesting against the government on Saturday next to a military base where Prime Minister Prayuth Chan-ocha resides to demand his resignation. The protesters threw stones, bottles and flares during a crash an hour in Din Daeng area in Bangkok, which was covered by smoke.

The protest was led by "Free Youth", a student group that drew hundreds of thousands of people to its marches last year. The group calls for Prayuth's resignation for his handling of the coronavirus crisis, at a time when the number of cases is skyrocketing and the health system is overwhelmed. Prayuth has come under fire for the slowness of the vaccination schedule.

Bangkok and the surrounding provinces have been under lockdown, including a night curfew, for weeks.

According to the city's emergency services, five people were hospitalized, including three policemen. The protest ended in the early hours of the night, but the riots continued, with protesters clashing with the police and throwing objects.

The protesters also demand that part of the budget dedicated to the monarchy and the armed forces be used in the battle against COVID-19.

Saturday's protest was initially planned for an area near the Grand Palace in the old capital area, but changed to the 1st Infantry Regiment compound, where Prayuth lives.