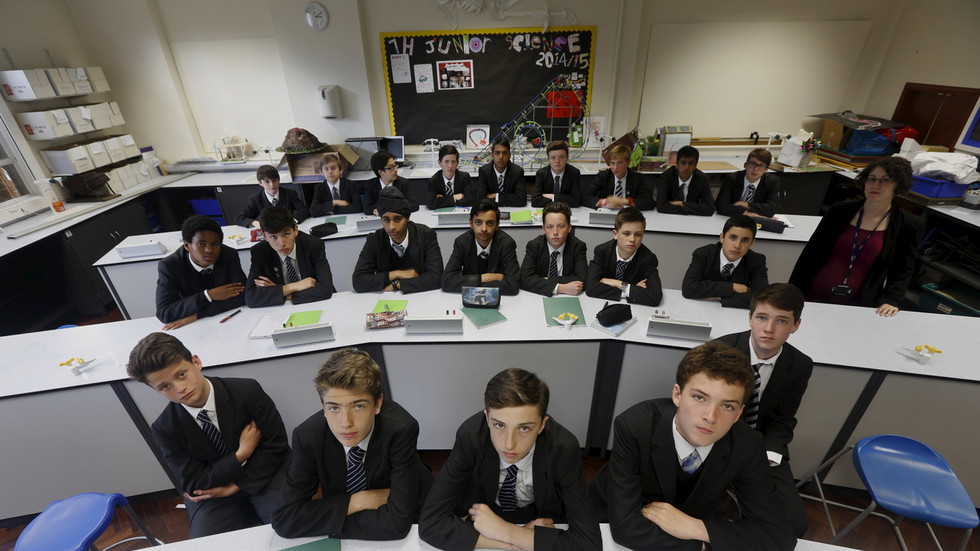 A new report which claims the term “white privilege” can be “divisive” and disadvantgaes the white working class has sparked fresh debate on “racist Britain", with some accusing the government of deflecting from its own errors.

The report by MPs on the Education Select Committee, released on Monday, has caused a stir, after it suggested that white working-class children have been left behind, partially due to potentially “divisive” terms such as “white privilege.”

The Education Select Committee, which consists of serving MPs, accused the Department for Education (DfE) of failing to realise the extent of the challenge which had left working-class kids behind for generations.

Conservative MP and committee chairman Robert Halfon said Britain “desperately” needs to “move away from dealing with racial disparity by using divisive concepts like white privilege that pits one group against another," adding: “Disadvantaged white children feel anything but privileged when it comes to education.”

The report has been widely condemned by Twitter’s serial complainers, with many accusing the committee of siding with Boris Johnson’s non-woke Tory government. The report’s findings broadly reflect views already expressed by the controversial Commission on Race and Ethnic Disparities which was set up following Black Lives Matter activities in 2020. The commission had been accused of whitewashing a report into discrimination in the UK.

Commenting on the new report, British author Eve Ainsworth said she had always been aware of her “white privilege” despite her working-class background and denounced Johnson’s “elitist” government for not being able to separate the two.

Activist and outspoken leftist Femi Oluwole was also quick to defend the use of the term “white privilege” and seemed to question whether the white working class really were disadvantaged by their situation.

“Like most black kids, my parents told me I needed to work twice as hard as the white kids at school in order to succeed. Turned out to be a statistical fact,” he wrote, adding ironically that the Tories seem to believe educational inequality stems from racism against white kids.

Others dismissed the committee’s findings entirely and blasted Conservative austerity instead.

“The “systemic neglect” of white working-class pupils is due to teaching concepts like “#WhitePrivilege,” rather than, say, 10-years of ideologically-driven austerity?” the Northern Independence Party, a left-wing party demanding independence for Northumbria and beyond, wrote on Twitter.

Meanwhile, some were keen to share more sympathetic perspectives and the report generated plenty of support from Brits who want to push back against the BLM movement, notably the groups that demand British pupils learn about “white privilege.”

Journalist and former MEP Martin Daubney welcomed the report, noting that white kids have been left behind due to the “toxic myth” that is “white privilege.”

Another person questioned the psychological impact of teaching a young child the concept of being privileged because of their skin colour, claiming the term is the “most racist” imaginable.

Others made jibes that those who support the term “white privilege.” One wrote: “Back in the 80’s when my cleaning job, outside a building on The Strand, meant I used to have to roll human shit onto a shovel every day, I always took a moment to check my #WhitePrivilege.”

Amid the ongoing row on racism in Britain in the aftermath of the BLM movement, the report highlights that the UK’s white working-class kids are perennially under-performers compared to all non-white counterparts.