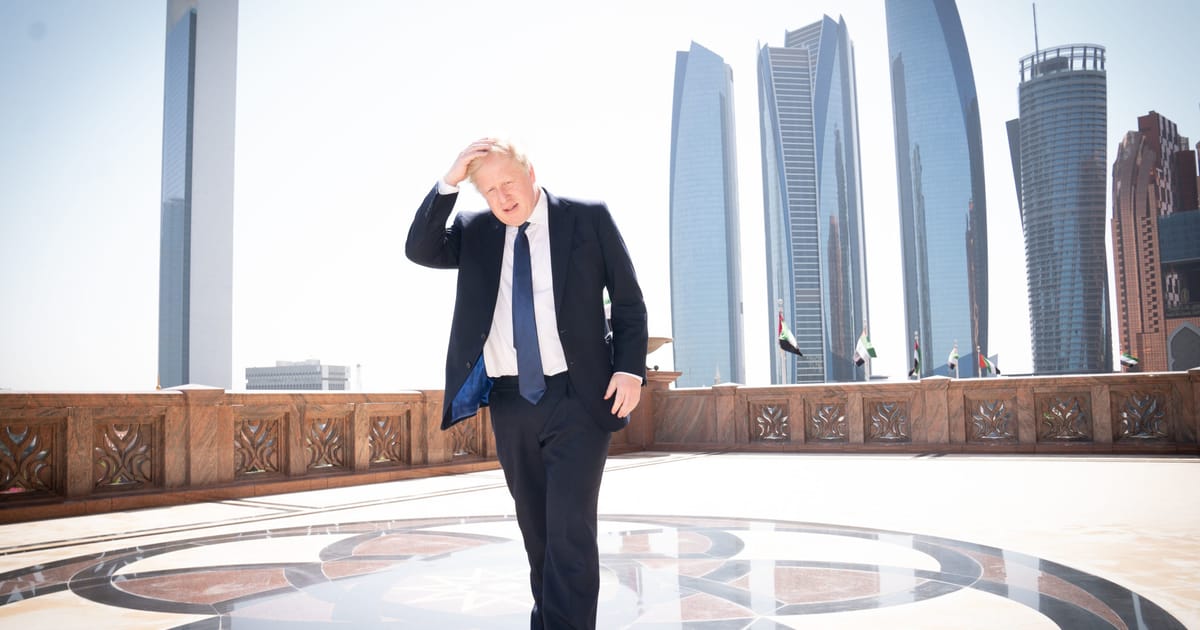 New leadership rules — and a concerted effort from opposed MPs — could scupper an audacious Johnson return to No. 10.

Boris Johnson is mulling an astonishing political comeback. His enemies within the Tory Party are already plotting how to stop him.

The former U.K. prime minister — ousted only three months ago after a mass walk-out by his own ministers — is considering standing in the contest to become Tory leader following the disastrous tenure of his successor Liz Truss, who resigned Thursday after 44 days in power.

Conservative MPs joked with black humor over drinks on the House of Commons terrace last week that Truss, whose mini-budget triggered chaos in financial markets last month, achieved a lot in her short time in office by “burying the queen, the pound … and the Conservative Party.”

And it’s exactly that fear — that the Tories now face annihilation at the next election — upon which Johnson will hope to capitalize, having spectacularly revived Conservative fortunes at the last general election in 2019.

A subset of Tory MPs, particularly some in the post-industrial parts of northern England that voted Conservative for the first time three years ago, still believe Johnson is best placed to help them keep their seats. “The 2024 election will be super-tough,” one Tory MP considering their options noted.

But plenty of senior Tory figures fear that reverting to Johnson, now a hugely divisive figure, could permanently split the party. And a co-ordinated effort is already underway to put the brakes on his bid for power.

“The party will rip itself to shreds under Boris,” said one MP who was formerly loyal to him. “MPs are already saying they’d defect or resign the whip. It just won’t wash.”

“I will stop Boris at all costs,” another MP added. “If he wins, it means the end of the Conservative Party.” A third said they were determined to vote tactically against Johnson, and might leave the party for good if he won.

Former Conservative leader Michael Howard put it bluntly Thursday night, warning Johnson’s return would only result in more “psychodrama” for the nation, and telling Times Radio: “Boris had his chance.”

Any hope of a Johnson return is complicated by the new rules set in place for the contest to replace Truss.

After meeting Thursday afternoon, Tory Party bigwigs unveiled a plan that presents an obstacle to the former prime minister. Anyone who wants to stand in the contest will need the support of at least 100 MPs. That imposes an unusually high threshold for Johnson to make it past his warring MP colleagues and onto the final ballot of the party’s 180,000-or-so grassroots members, among whom he would be favorite to win.

Indeed, Graham Brady, the chairman of the Tories’ 1922 committee — which sets the rules for leadership elections — and Jake Berry, the Tory chairman, faced questions Thursday over whether the rules were a “stitch up” to keep Johnson out.

Brady merely insisted the 100-vote threshold was one “that should be reached by any serious candidate who has any real prospect of getting through.” 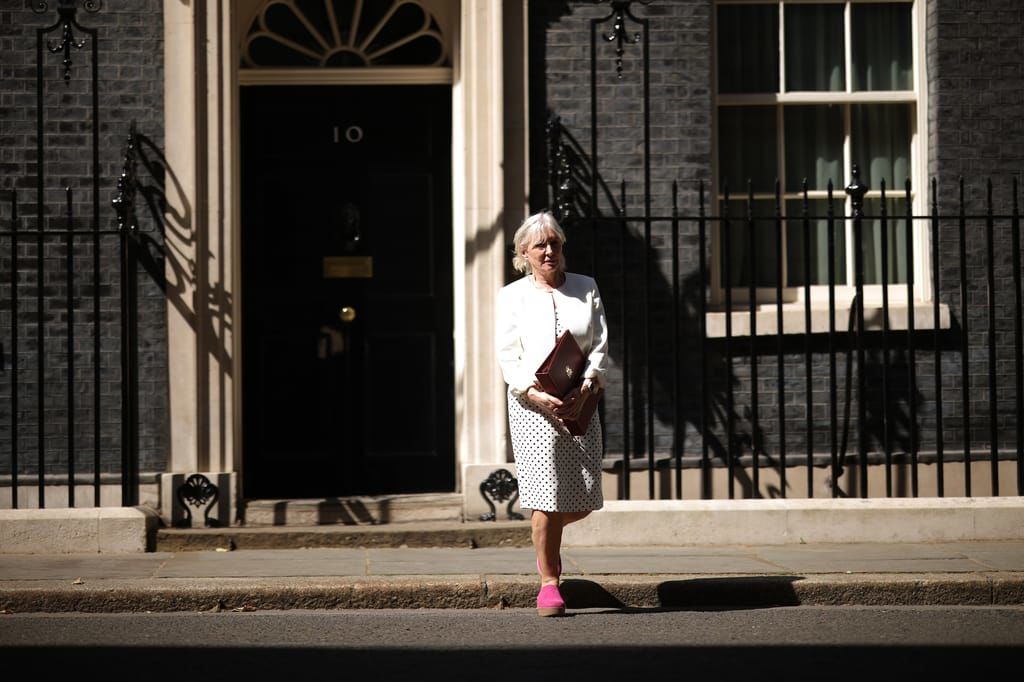 Nadine Dorries is among those supporting Johnson

There are even whispers in Westminster that senior party figures are pressing former leadership contenders Rishi Sunak and Penny Mordaunt to strike a deal whereby if they both reach the run-off, the one with the fewest votes withdraws from the contest and endorses the other. That would crown a new leader early next week — avoiding the need for a Tory members’ ballot entirely

The biggest challenge to such a pact would be in ensuring that both Sunak and Mordaunt get on to the ballot paper, however, given the significant overlap among their MP supporters.

Johnson’s critics fear he will amass votes from the Tory right and then leapfrog that 100-MP threshold. “He’s not stoppable,” a Tory MP who is critical of Johnson warned. “He will get enough of the parliamentary party to be in the final two.”

If there are three candidates for the leadership on Monday, Tory MPs will vote to whittle down the list to two. They will then hold an indicative vote between the finalists, as a way of demonstrating to members which potential prime minister actually commands the support of the parliamentary party.

Without making a single public utterance since Truss resigned, Johnson has already built momentum. Around two dozen Tory MPs had declared their support for him by Thursday night. A similar number have endorsed Sunak, who enraged Johnson supporters earlier this year by resigning from his government and helping precipitate Johnson’s downfall.

Johnson’s allies argue that he is the only candidate with a mandate from the public thanks to the 2019 election. The Tories are installing their second prime minister in as many months without going to the country, and are already under heavy pressure to call a freshgeneral election.

Endorsing Johnson, Peterborough MP Paul Bristow told Sky News on Thursday: “We need an election winner and we had an election winner. As far as I’m concerned I’ll listen to my constituents — and their message was ‘bring back Boris’.”

“One person was elected by the British public with a manifesto and a mandate until January ’25,” tweeted Nadine Dorries, the former culture secretary who is a vocal Johnson backer. “There can be no coronation of previously failed candidates.”

Cabinet Office Minister Brendan Clarke-Smith said: “We need somebody who can turn the tide and avert the disaster of a Labour government. We need Boris Johnson.”

But for Johnson, Truss’ rapid departure may almost have come too soon. There are bear traps lying in wait if he makes a comeback, including an inquiry by the House of Commons privileges committee into claims he misled MPs during the so-called Partygate scandal. The probe, which has led Johnson to enlist lawyers, has not yet begun, and will entail a series of witnesses testifying against him. He could face serious sanctions if found guilty by MPs.

Robert Jenrick, a minister who served in Johnson’s Cabinet, told the News Agents podcast the ex-PM was “one of the greatest campaigners in modern political history.”

But he warned of Johnson: “His premiership came to an end for a reason, which is that there were serious questions about competence, credibility, and ethics. Does the Conservative Party want to go back to that?”

With leadership nominations closing Monday afternoon, Britain will not have long to wait to find out.