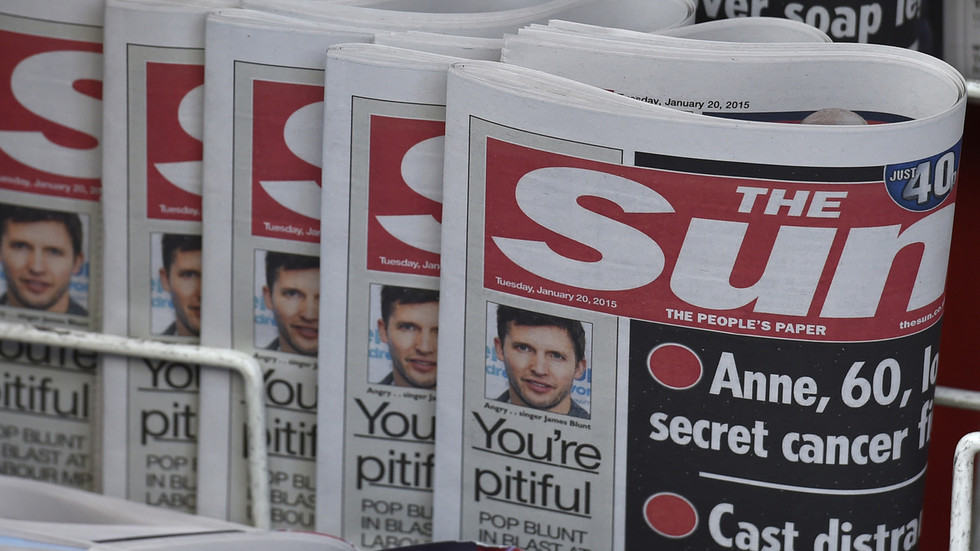 Rupert Murdoch has written down the value of The Sun to zero, meaning that the British tabloid is now worth less than the paper it’s printed on – delighting critics of the controversial media mogul.

In its latest accounts, News Group Newspapers, a subsidiary of Murdoch’s NewsCorp, lists The Sun and its Sunday edition sister paper as having “zero carrying value” following an £84 million ($118.5 million) writedown, the Financial Times reported.

Dwindling circulation exacerbated by the Covid-19 crisis has resulted in the newspaper’s turnover dropping by a fifth. Coupled with legal costs from an infamous phone-hacking scandal, The Sun recorded a pre-tax loss of £201 million ($284 million), even after budgetary belt-tightening.

The new assessment of The Sun’s asset value is now based on the belief that the paper will not return to positive growth, the Financial Times said, citing management estimates in the accounts.

Murdoch bought the paper in 1969, propelling it to the top of the market using a mixture of racy photos and celebrity gossip. Once boasting a circulation of five million, the tabloid lost its spot as the best-selling UK paper last year, after being unseated by the Daily Mail.

The paper’s new valuation prompted triumphal tweets from Murdoch’s critics, who have regularly accused the Australian billionaire of peddling low-brow journalism to the masses.

Author and journalist Tim Walker said that writedown was fitting as The Sun “has always been worthless.”

“Still overvalued in my mind,” joked one observer.

Others argued that The Sun’s demise would be a net positive for Britain.

Several commenters were more hesitant to celebrate, theorizing that the valuation was part of a tax-dodging scheme.

Even if worthless in the most literal sense, The Sun is still able to manipulate public opinion, argued a more cynical observer.

Murdoch, who has often been portrayed as a malignant influence on journalism, warned in a recent speech that a “wave of censorship” in the West threatens to "stifle debate” and create “rigidly enforced conformity.” The comments were criticized by many as hypocritical.