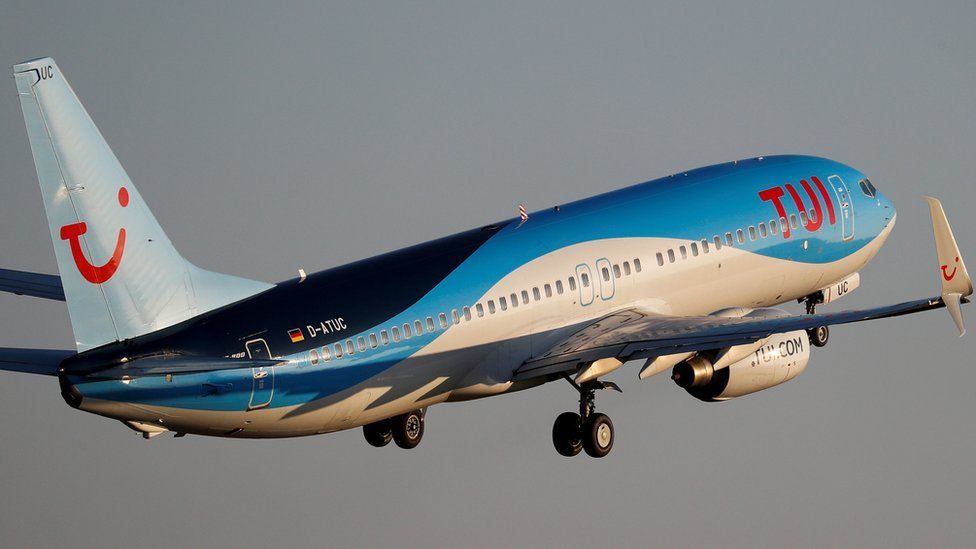 A "simple flaw" caused by a language difference led to a "serious incident" for a flight from Birmingham last year.

All female passengers whose title was "Miss" were classified as children - not adults - on the Tui flight after a software upgrade, a report said.

That meant that their average weight used for take-off calculations was lower than it should have been.

The difference could have had an impact on take-off thrust, but the report said flight operation was not compromised.

Take-off prep documents told the pilot that his Boeing 737 jet was 1,244kg lighter than it actually was after using 35kg as the average weight of the females involved rather than 69kg.

That "load sheet" is used to determine how much weight is safe, how the plane is balanced, and other important information for a safe flight within safety regulations.

The AAIB report on the incident said the reservation system that produces the load sheet had been upgraded in the downtime caused by the coronavirus lockdown last year, when the airline suspended flights "for several months".

Safety officials said the problem was that the software had been programmed in a foreign country where "Miss" is used to refer to children, and "Ms" to adult women.

That simple language difference led to 38 adult women being considered "children" by the computer system - a difference which, when added to the rest of the passengers and cargo, led to the plane's calculated and actual weights differing by more than a tonne.

The flight was an early-morning departure from Birmingham International to Majorca, on 21 July 2020.

The Air Accidents Aviation Branch (AAIB) said that in this case, the difference in the calculation of take-off thrust was out by only 0.1% - so "the safe operation of the aircraft was not compromised".

Investigators said two other flights the same day also suffered from the same problem, but extra manual checks were immediately brought in to prevent the problem happening again.

And another upgrade of the computer system solved the problem.

In a statement, Tui said: "The health and safety of our customers and crew is always our primary concern. Following this isolated incident, we corrected a fault identified in our IT system.

"As stated in the report, the safe operation of the flight was not compromised."