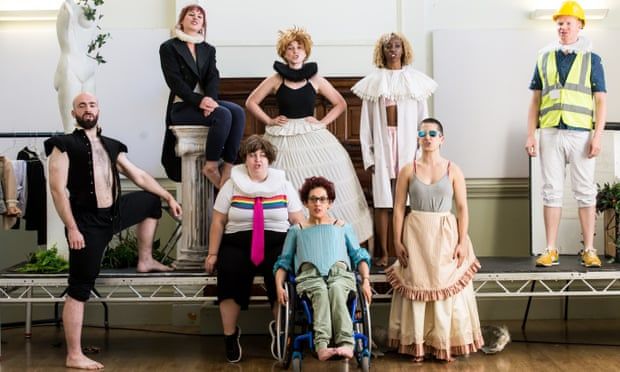 The Family Sex Show organisers receive abuse over UK production aimed at children as young as five
A theatre show that promised to reimagine sex education by discussing the issue in a frank and open manner with audience members as young as five years old has been cancelled after “violent threats” were made against its organisers.

The Family Sex Show was due to tour this spring but was pulled from venues after what its creators called a series of “violent and illegal threats and abuse” were directed at the company and venues by “a small group of people with extremist views”.

After the show was announced and news of its content began circulating online, a petition was started, which claimed the production was “wholly inappropriate and is a blatant attempt to sexualise children and break down their natural boundaries”.

ThisEgg, the company behind the production, said in a statement that audiences were given information about the content before booking, so could make an “informed decision” about the show.

An online comment piece for The Critic magazine claimed The Family Sex Show could lead to inappropriate conversations between children and adults about sex and “is creating a gap, nay, a canyon, for predators to enter”.

The Guardian understands threatening and abusive calls and communications were sent to the venues hosting the show and ThisEgg, which led on 14 April to the cancellation of the performances.

The show had been due to visit the Tobacco Factory in Bristol and the Norfolk & Norwich festival in May, but just an invitation-only date in Bath remains, “ahead of subsequent public performances in the future”.

Made in collaboration with the School of Sexuality Education, the production would have offered free family workshops before the performances, which included sex educators available to answer questions. There was also a spin-off podcast.

The company added it would have offered “safe and positive learning to children, young people and guardians about rights, bodies, sex and relationships, advised by safeguarding and educational specialists”.

Its statement said: “We believe that what has happened is reflective of structural and societal attitudes towards relationships and sex education as well as art, culture and who is allowed to create and what we are allowed to engage with in the UK.”

In an interview with the Guardian in early March, Dale-Jones discussed the possibility of a backlash. “We know we will get people who don’t want it to happen,” she said. “There aren’t many of them, but they shout loudly. The main thing is looking after the company, the venues, their staff and the audiences.”

ThisEgg said its creative team would continue to work on the showso it was “ready for a time it might be able to meet a public”. It also apologised to those who had bought tickets and said it wanted to respond to “the events of the last few weeks”. “Removing work that celebrates freedom of expression from stages cannot be the answer,” it added.