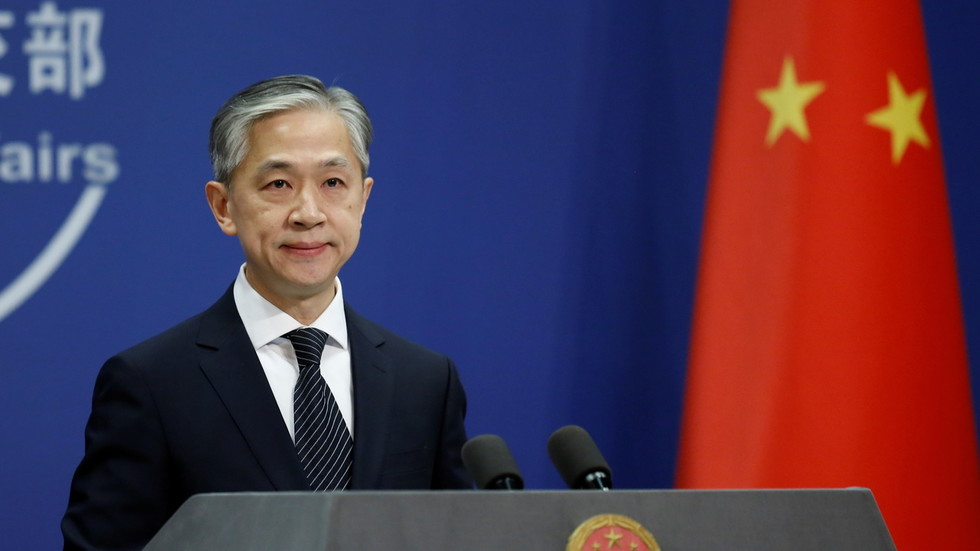 China’s Foreign Ministry blasted the resurgent interest in the Covid-19 lab-origin theory, noting that the journalist behind a report about Wuhan scientists falling ill is the same one who peddled lies that led to the Iraq War.

Foreign Ministry spokesperson Wang Wenbin took aim at Michael R. Gordon, a national security correspondent for the Wall Street Journal and one of the authors of the report that added fuel to speculation about Covid-19’s lab origin.

“Not long ago, Michael R. Gordon, an American journalist, by quoting a so-called ‘previously undisclosed US intelligence report,’ hinted [at] a far-fetched connection between the ‘three sick staff' at the Wuhan lab and the Covid-19 outbreak,” Wang said at a briefing on Friday.

“Nineteen years ago, it was this very reporter who concocted false information by citing unsubstantiated sources about Iraq's ‘attempt to acquire nuclear weapons,’ which directly led to the Iraq War,” he charged, referring to the 2003 US invasion.

The WSJ piece, published on May 23, cites “a previously undisclosed US intelligence report” as saying that three researchers from the Wuhan Institute of Virology fell seriously ill in November 2019 with symptoms “consistent” with Covid-19 as well as a seasonal flu.

The report got picked up by other mainstream media, which recently began shifting their coverage on Covid-19's origins from outright dismissing theories that the virus was man-made to admitting that a lab leak remains a possibility.

Three days after the WSJ ‘bombshell’, US President Joe Biden asked the intelligence community to “redouble efforts” to collect and study information that may shed light on the origin of the virus, including whether it emerged from a laboratory accident.

Before joining the Journal, Gordon worked as a military and diplomatic correspondent for the New York Times for over 30 years. It was during that time that Gordon courted major controversy by becoming the first to allege the existence of an Iraqi nuclear weapons program.

The September 8, 2002 article – co-authored by Gordon and Judith Miller and titled ‘US Says Hussein Intensifies Quest For A-Bomb Parts’ – cited unnamed officials saying that Iraq had “embarked on a worldwide hunt for materials to make an atomic bomb” and sought to procure “thousands” of components for centrifuges used to enrich uranium. The Times subsequently cited the article as an example of the “problematic” coverage that pushed the Iraq WMD narrative while relying on sketchy information from anonymous sources.

Wang argued that the same template is being used to promote Wuhan lab-leak theory, propelling the until-recently fringe hypothesis into the mainstream.

"Now, this same person, with similar means of falsely quoting anonymous information, hypes up the the Wuhan lab hypothesis that stretched any semblance of credibility"

The rebuke from Beijing comes as Dr. Anthony Fauci, chief White House medical adviser and the leading US government authority on Covid-19, called on China to release the medical records of the three scientists who reportedly fell ill in the fall of 2019.

“Did they really get sick, and if so, what did they get sick with?” Fauci inquired, as quoted by the Financial Times. He also demanded information about six miners, who allegedly became ill in 2012 after visiting a bat cave. The cave was also reportedly visited by the Wuhan researchers. “It is entirely conceivable that the origins of Sars-Cov-2 was in that cave and either started spreading naturally or went through the lab,” he told the Financial Times on Thursday.