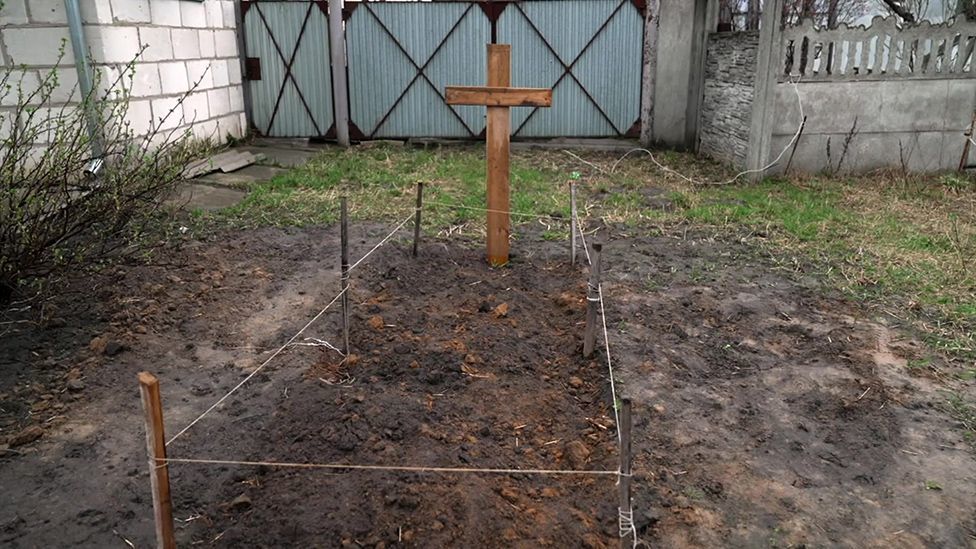 'Russian soldiers raped me and killed my husband'

The Russians have withdrawn from areas around Kyiv, but they've left deeply wounded lives that might never recover from the trauma. The BBC has heard first-hand testimony and found evidence of Ukrainian women being raped by invading soldiers.
In a quiet, rural neighbourhood 70km (45miles) west of Kyiv, we spoke to Anna, who is 50. We have changed her name to protect her identity.

Anna told us that on 7 March she had been at home with her husband when a foreign soldier barged in.

"At gunpoint, he took me to a house nearby. He ordered me: 'Take your clothes off or I'll shoot you.' He kept threatening to kill me if I didn't do as he said. Then he started raping me," she said.

Anna described her attacker as a young, thin, Chechen fighter allied with Russia.

"While he was raping me, four more soldiers entered. I thought that I was done for. But they took him away. I never saw him again," she said. She believes she was saved by a separate unit of Russian soldiers.

Anna went back home and found her husband. He had been shot in the abdomen.

"He had tried to run after me to save me, but he was hit by a round of bullets," she said. They both sought shelter in a neighbour's house. They couldn't take her husband to hospital because of the fighting. He died of his injuries two days later.

Anna never stopped crying while telling us her story. She showed us where she and her neighbours buried her husband in the backyard of their home. A tall, wooden cross stands at the head of the grave. Anna told us that she is in contact with the local hospital and is receiving psychological support.

The soldiers who saved her stayed in her house for a few days. She says they would point their gun at her and ask her to give them her husband's belongings.

"When they left, I found drugs and Viagra. They would get high and they were often drunk. Most of them are killers, rapists and looters. Only a few are OK," she said.

Down the road from Anna's house, we heard another chilling story.

A woman was allegedly raped and killed, and neighbours say it was done by the same man who raped Anna, before he went to Anna's house.

The woman was in her 40s. She was taken out of her home, say neighbours, and held in the bedroom of a house nearby whose occupants had evacuated when the war began. The well-decorated room, with ornate wallpaper and a bed with a golden headboard, is now a disturbing crime scene. There are large bloodstains on the mattress and duvet.

In a corner, is a mirror which has a note written on it with lipstick - "Tortured by unknown people, buried by Russian soldiers," it says.

Oksana, a neighbour, told us it had been left there by Russian soldiers who found the woman's body and buried her. "They [Russian soldiers] told me she had been raped and that her throat was either slit or stabbed, and she bled to death. They said there was a lot of blood."

The woman was buried in a grave in the garden of the house.

A day after we visited, the police exhumed her body to investigate the case. The body was found without clothes, and with a deep, long, cut across the neck.

Andrii Nebytov, the police chief of the Kyiv region, told us about another case they're investigating in a village 50km (30 miles) to the west of Kyiv.

A family of three - a couple in their thirties and their young child - lived in a house on the edge of the village.

"On 9 March, several soldiers of the Russian army entered the house. The husband tried to protect his wife and child. So they shot him in the yard," said Mr Nebytov.

"After that, two soldiers repeatedly raped the wife. They would leave and then come back. They returned three times to rape her. They threatened that if she resisted they would harm her little boy. To protect her child she didn't resist."

When the soldiers left, they burnt down the house and shot the family's dogs.

The woman escaped with her son and then contacted the police. Mr Nebytov says his team has met her and recorded her testimony.

They have been gathering evidence at the family home - only its shell is now left. Just a few signs of a previous peaceful, ordinary life lie in the charred ruins. We saw a child's bicycle, a stuffed horse, a dog's leash and a man's fur lined winter shoe.

The husband was buried in the garden by neighbours. The police have now exhumed his body for examination. They plan to take the case to international courts.

"About 25 girls and women aged 14 to 24 were systematically raped during the occupation in the basement of one house in Bucha. Nine of them are pregnant," she said. "Russian soldiers told them they would rape them to the point where they wouldn't want sexual contact with any man, to prevent them from having Ukrainian children."

She says they are receiving several calls on support helplines - and also getting information through channels on the Telegram messaging app.

"A 25-year-old woman called to tell us her 16-year-old sister was raped in the street in front of her. She said they were screaming 'This will happen to every Nazi prostitute' as they raped her sister," Ms Denisova said.

We asked if it was possible to assess the scale of sexual crimes committed by Russian troops during the occupation.

"It is impossible at the moment because not everyone is willing to tell us what happened to them. The majority of them currently call for psychological support, so we cannot record those as crimes unless they give us their testimony," Ms Denisova said.

She says Ukraine wants a special tribunal to be set up by the United Nations to try Vladimir Putin personally for allegations of war crimes including rape.

"I want to ask Putin, why is this happening?" said Anna, the woman who told us she was raped. "I don't understand. We're not living in the Stone Age, why can't he negotiate? Why is he occupying and killing?"
line 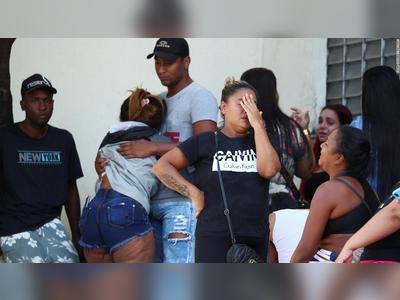