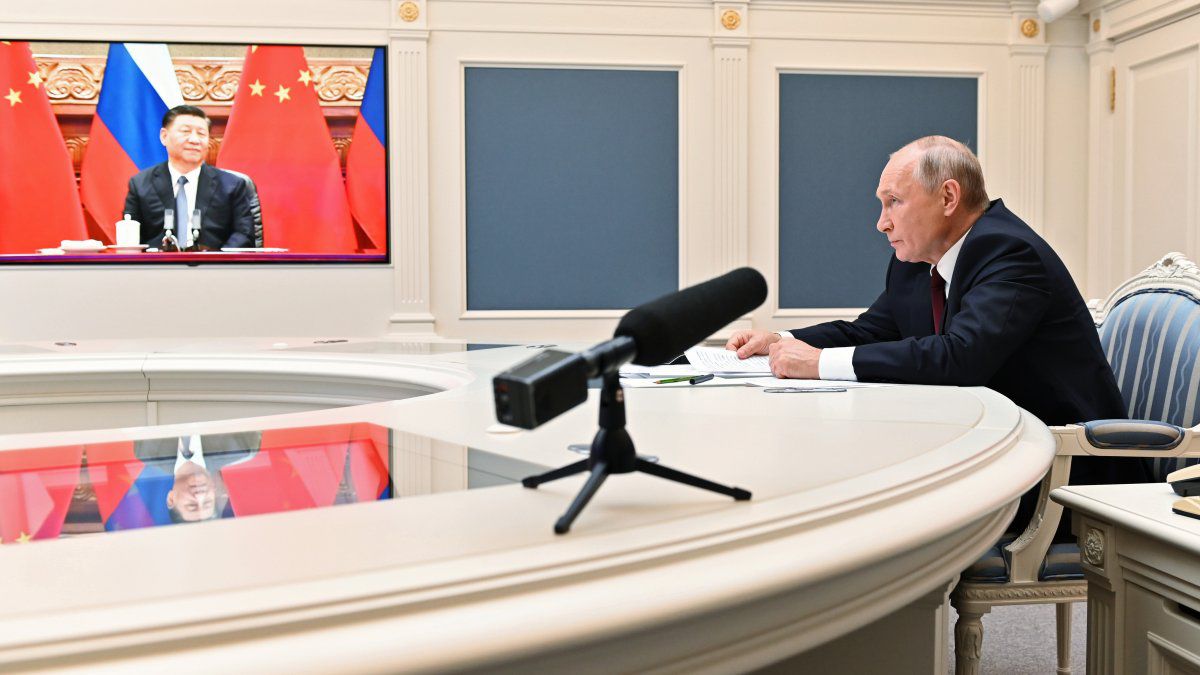 Russia and China strengthen alliance amid tensions with the West

Coordination between Russia and China in the international arena "has played a stabilizing role in global affairs," the Russian president said.
Russia and China on Monday renewed a friendship pact signed 20 years ago, strengthening their alliance amid tensions with the West.

In a videoconference with Chinese President Xi Jinping, Russian President Vladimir Putin declared that the treaty signed in July 2001 in Moscow has taken relations between the two countries to "unprecedented heights" and will be extended for another five years.

Coordination between Russia and China in the international arena "has played a stabilizing role in global affairs," said the Russian president.

For his part, Xi stressed the importance of "strategic cooperation" between Moscow and Beijing to defend their common interests in the international arena. He added that the two countries are defending "true multilateralism and global justice."

Putin and Xi have developed a good personal relationship while promoting a "strategic alliance" between their two countries, at a time when competition with the West increases for greater influence in world affairs. While Russia and China have traditionally refused to forge a military alliance, Putin said last year that cannot be entirely ruled out.

Russia marked the centenary by sharing with China historical documents about the former Soviet-Chinese alliance.