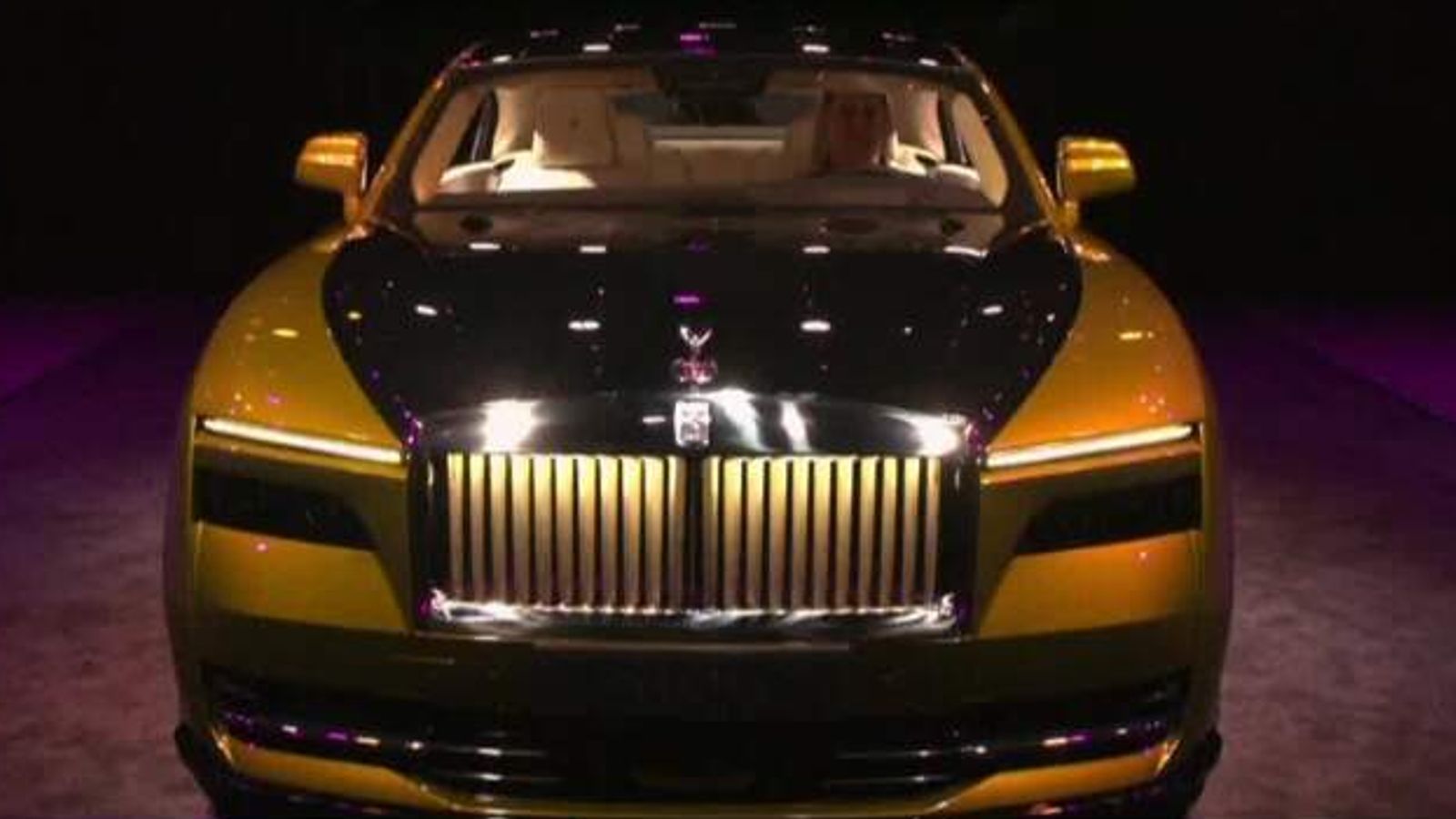 The company says its order book remains strong, with those able to afford its cars said to be becoming even more "imaginative" in their bespoke requests.
Rolls-Royce Motor Cars has hailed a record year for sales with more than 6,000 cars sold for the first time in its 118-year history.

The UK luxury brand, owned by Germany's BMW, said it achieved an 8% rise in sales volumes during 2022 compared with the previous year with all regions, except China, seeing growth.

While the company saw "particularly strong year-on-year growth" in the Middle East, Asia-Pacific, the USA and Europe, it said that "ongoing headwinds" across Greater China, including Hong Kong, meant that volumes declined slightly.

The value of bespoke commissions also reached record levels in 2022.

The company, which employs 2,500 staff, said clients were "willing to pay around half a million euros (£440,000) for their unique Rolls-Royce motor car".

It also pointed to a bright future with demand for all models "exceptionally strong".

The Goodwood-based firm had previously told Sky News that, unlike many carmakers, BMW had ensured a strong supply of parts to maintain production levels as the industry grapples shortages, especially for semiconductors.

The COVID-linked disruption hit the wider sector hard in 2022.

An industry body reported last week that UK sales fell to their lowest level since 1992 last year but expressed hope the worst of the supply chain woes were behind it.

He said: "Not only did we reveal Rolls-Royce Spectre, our marque's first ever fully-electric series model to the world, it was also the first year we ever delivered more than 6,000 cars in a single 12-month period, with strong demand across our entire product portfolio.

"But as a true house of luxury, sales are not our sole measure of success: we are not and never will be a volume manufacturer.

"Bespoke is Rolls-Royce, and commissions were also at record levels last year, with our clients' requests becoming ever more imaginative and technically demanding - a challenge we enthusiastically embrace."
#Covid