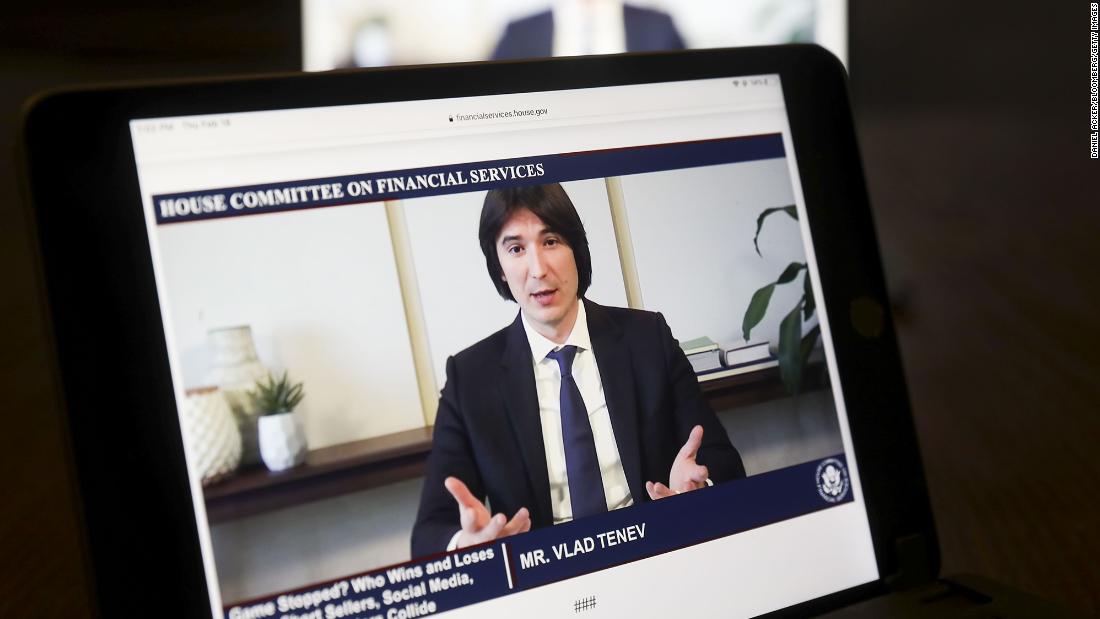 Robinhood is trying to go from PR nightmare to IPO. In this market, it might just work

It's hard to imagine a more disastrous IPO rollout than the past few months for Robinhood.

Regulators accused the app-only brokerage of deceiving customers, its CEO was hauled before Congress and Michael Bolton appeared in a viral video about the trading platform's controversial business model. Robinhood's GameStop trading restrictions sparked such an uproar that Senator Ted Cruz and Representative Alexandria Ocasio-Cortez even agreed — ever so briefly — on the need for an investigation.

And then there's the tragic suicide of a 20-year-old trader, which drew attention to the gamified nature of Robinhood's platform as well as its customer service shortfalls.

The controversy swirling around Robinhood is a textbook example of the type of attention startups seek to avoid before launching an IPO. But the market is so hot that it might not matter and Robinhood appears to be forging ahead with what could be one of the highest profile IPOs of the year.

"You would be negligent not to take the company public now," David Weild, the former vice chairman at Nasdaq, told CNN Business. "This is one of the greatest markets of all time. That stuff doesn't hang around long. So, full steam ahead."

The determination to go forward with the IPO highlights Robinhood's surging user growth — and the boom on Wall Street that is enticing a parade of companies to go public.

Best start to a year for IPOs ever

The SPAC market is getting much of the attention these days because of its insane growth and the entrance of celebrities into the sector. US-listed SPACs have raised about 2,000% more money this year than at the same point last year, according to Dealogic.

But old-fashioned IPOs are on fire, too. US-listed traditional IPOs have raised $34.9 billion so far in 2021, nearly five times what they raised through the same period last year, Dealogic reports. That's the highest for this point of any year since 1995.

The average first-day pop for US-listed IPOs is 44%, the highest since the dotcom bubble in 2000, according to Dealogic. Over the past six months major companies including Coupang, Bumble, Snowflake, Airbnb and DoorDash all have surged in their first day of trading.

In short, the market is welcoming high-growth companies with open arms. And investors are unlikely to be scared by Robinhood's baggage — especially in this period of rock-bottom interest rates.

"What are the alternatives? There is massive liquidity in the market," said Weild, who is now the CEO of investment bank Weild & Co.

Some of Robinhood's rivals are also going public.

Fast-growing brokerage eToro announced this week a $10 billion merger with a SPAC, sending the blank-check company's stock surging. And last month, cryptocurrency exchange Coinbase officially filed to go public as well. (In addition to stocks and options, Robinhood users can buy and sell bitcoin and other cryptocurrencies.)

"The Robinhood IPO process is underway," Kathleen Smith, principal at Renaissance Capital, wrote in an email.

Smith, whose firm runs an ETF focused exclusively on the US IPO market, predicted "strong interest" among investors and an ultimately "successful IPO" for Robinhood. But she warned that obstacles, including regulatory scrutiny over Robinhood's business model, "may cause investors to put a haircut on its valuation."

Robinhood has reportedly selected investment bankers to run its IPO and tapped the Nasdaq as its listing exchange. It's not clear if Robinhood will opt for a traditional IPO or a direct listing. But the company may not receive the same lofty valuation it had hoped for before the GameStop controversy. Both
Robinhood and Nasdaq declined to comment.

The saga drew attention to the controversial way Robinhood makes money without charging up-front commissions: payment for order flow. Robinhood gets most of its revenue by routing orders to market makers such as Citadel Securities — a practice Robinhood CEO Vlad Tenev repeatedly defended at a Congressional hearing last month.

Robinhood is also being sued by the parents of a college student who died by suicide last summer after he saw a negative balance of $730,000 in his trading account and mistakenly believed that was the sum of money he owed.

In fact, the negative balance would have been erased by the exercise and settlement of options he held, the lawsuit said. Robinhood said it was "devastated" by the suicide and that it has made a series of improvements to its platform, including live voice support for some customers and providing additional guidance.

Still, investors are likely to be impressed by how rapidly Robinhood is growing — despite, or perhaps even because of — the company's controversies. Its zero-commission business model transformed the online trading industry, forcing established rivals such as TD Ameritrade and Charles Schwab to follow suit and seek merger partners to survive.

"I don't think the market will punish [Robinhood]. Their growth is strong. Their business model is strong," said Robert Le, fintech analyst at PitchBook. "Even in January, with customers angry, they still had over 1 million customers sign up."

Robinhood has beefed up its executive ranks over the past year by hiring former SEC commissioner Dan Gallagher to lead its legal team as well as former compliance executives from Fidelity and Wells Fargo.

And the company announced this week the hiring a Google executive as its first chief product officer. That move could help the firm make the case that it's not a one-trick pony, but a diversified fintech juggernaut.

"Robinhood has the potential to be a much larger financial institution than some discount brokerages of the past," Le said, adding that it has the brand recognition to push into new areas including checking accounts, retirement products and credit.

"They won't end up like E*Trade: a slow-growing brokerage comfortable in their space that just chugged along after their IPO," Le said. "I don't see Robinhood going that route."