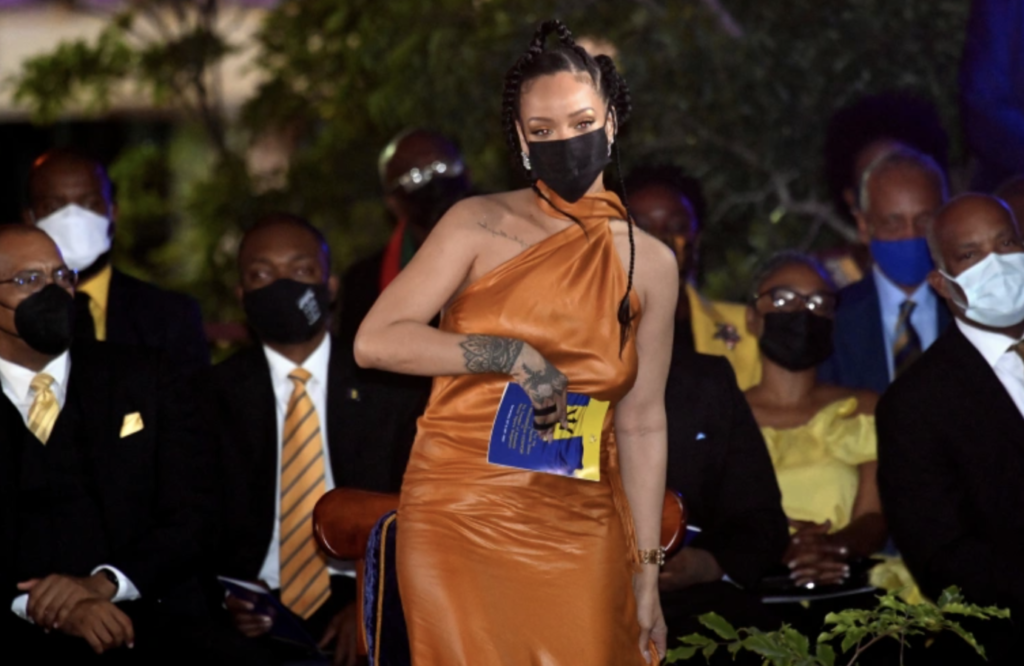 Barbados has named Rihanna a national hero of the Caribbean island.
Prime Minister Mia Mottley made the announcement in Bridgetown last evening during a ceremony to remove Queen Elizabeth II as its head of state and officially become a republic.

“May you continue to shine like a diamond and bring honour to your nation by your works, by your actions,” said Mottley, referring to Rihanna’s 2012 chart-topping single ‘Diamonds’.

The singer, actress, fashion designer, and businesswoman — who was born and raised in Barbados before moving to the United States as a teenager — is now the 11th national hero of the new republic.

Prior to being named a national hero, Rihanna was was titled ‘Ambassador Extraordinary and Plenipotentiary’ for Barbados — a role that involves promoting education, tourism and investment on the Caribbean island.

In the meantime, the pop singer’s latest honour made as many international headlines as the main event in Barbados last evening — the country breaking its final colonial tie with Britain.

Prince Charles, heir to the British throne, was present at the ceremony and watched as the royal standard was lowered, a 21-gun salute was fired, and the national anthem of Barbados played over a crowded Heroes Square.

Sandra Mason is now the first-ever president to replace The Queen as Barbados’ head of state. Mason was elected last month by a two-thirds vote of a joint session of the country’s House of Assembly and Senate.