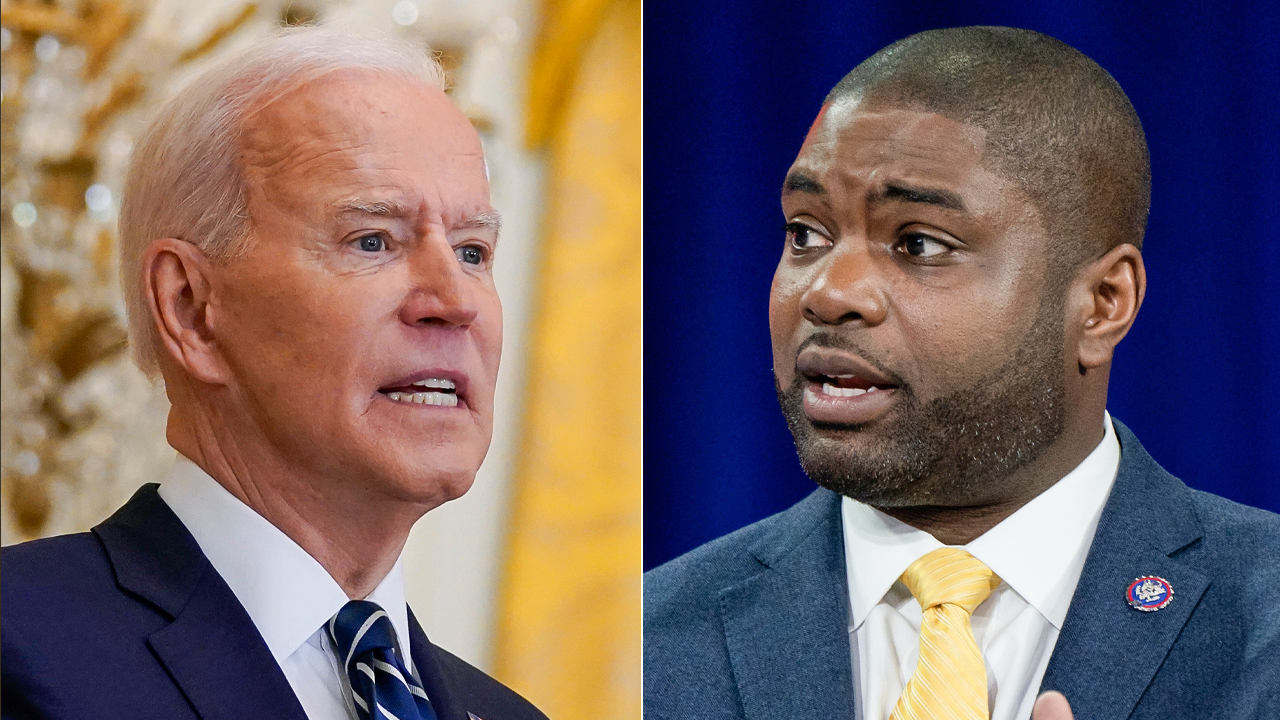 Rep. Donalds on inflation: Biden is 'selling us out to the Chinese

Speaking during an exclusive interview on "Sunday Morning Futures," Donalds argued that Biden is "selling us out to the Chinese."

The Florida congressman made the arguments as inflation sits near 40-year highs and as gas prices hit a fresh record on Sunday.

The national average for a gallon of gas on Sunday was $4.61, slightly higher than the week before and 45 cents higher compared to the month before, according to AAA.

In a series of orders aimed at combating climate change, President Biden cancelled the Keystone XL oil pipeline project on his first day in office and temporarily suspended the issuance of oil and gas permits on federal lands and waters.

The White House has blamed Russian President Vladimir Putin for the record-high gas prices in the U.S., even coining the surge as the "#PutinPriceHike" and vowing that President Biden will do everything he can to shield Americans from "pain at the pump."

Biden, last month, announced that the Environmental Protection Agency will allow the sale of E15 gasoline – gasoline that uses a 15% ethanol blend – across the country this summer. In addition, Biden has moved to release 1 million barrels of oil per day from the Strategic Petroleum Reserve for the next 6 months. The president is also calling on Congress to make companies pay fees on idled oil wells and non-producing acres of federal lands, aiming to incentivize new production.

Critics, though, have claimed that Biden's actions on energy policy have created a "supply problem" in the market.

"This administration has no plans, no ideas, no strategy on reversing course on their crazy agenda when it comes to oil and natural gas and gasoline," Donalds argued on Sunday.

He went on to argue that "Joe Biden and the Democrats want gas prices higher," "want the Green New Deal accomplished" and are not focused on helping working class families and seniors on fixed incomes in the United States.

"The number one way you push people into poverty is with rising energy prices and this administration is not going to change anything they are doing," Donalds continued.

Speaking from Tokyo on Monday, President Biden said, "When it comes to the gas prices, we are going through an incredible transition that is taking place that God willing, when it is over, we’ll be stronger and the world will be stronger and less reliant on fossil fuels."

Donalds argued that giving up oil and natural gas and moving towards renewable energy increases the reliance on China "because China is the one dominating mineral production across the globe."

He stressed that millions of Americans have been suffering as they try "to figure how they’re putting gas in their car and also how they are going to put food on the table."

According to the latest data, inflation cooled on an annual basis for the first time in months in April, but rose more than expected as supply chain constraints, the Russian war in Ukraine and strong consumer demand continued to keep consumer prices running near a 4-decade high.

Earlier this month, the Labor Department revealed that the consumer price index, a broad measure of the price for everyday goods including gasoline, groceries and rents, rose 8.3% in April from a year ago, below the 8.5% year-over-year surge recorded in March. Prices jumped 0.3% in the one-month period from March.

Those figures were both higher than the 8.1% headline figure and 0.2% monthly gain forecast from Refinitiv economists.

The slight slowdown in inflation last month came as energy prices declined 2.7%, driven by a 6.1% drop in gasoline (which had climbed a stunning 18.3% the prior month as a result of the Russia-Ukraine war).

Donalds argued that one reason food prices have been soaring is ‘because fertilizer is a derivative of oil production."

"It is going to hurt us on the world stage, not help us," Donalds argued.