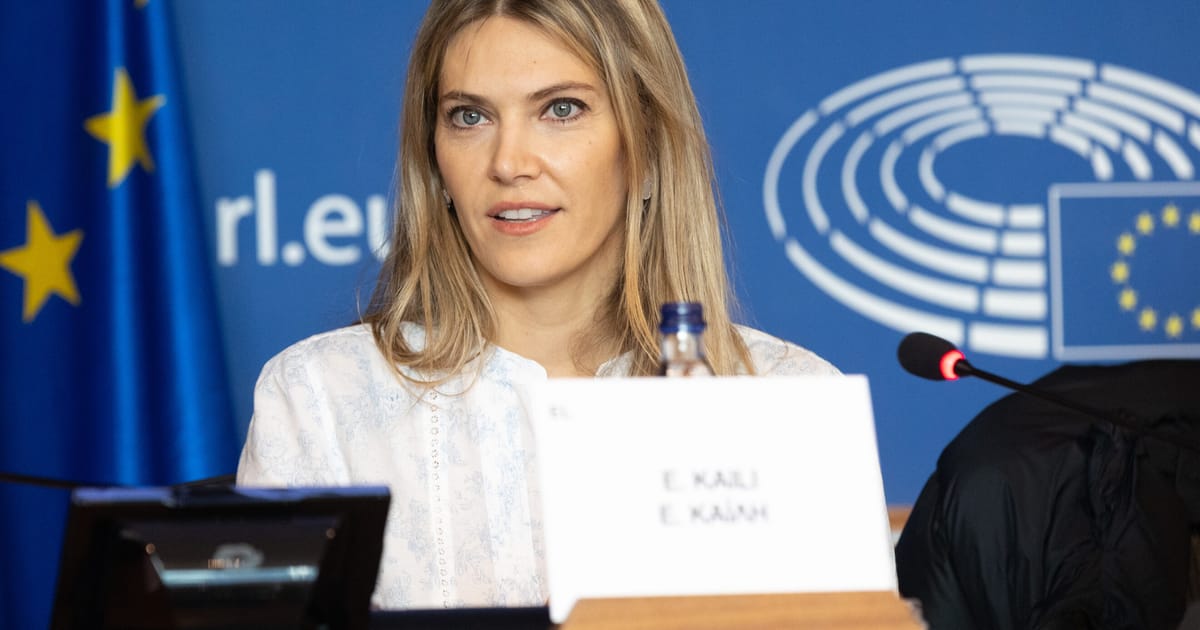 Top MEP Eva Kaili suspended as lobbying inquiry threatens to snowball.
A top MEP has been suspended from her party after police launched an investigation into alleged illicit lobbying activities by Qatar, in what threatens to blow up into a major crisis at the heart of the European Union.

Belgian police searched 16 homes and detained at least four people in and around Brussels on Friday as part of an inquiry into what prosecutors called “criminal organization, corruption and money laundering.”

European Parliament vice-president Eva Kaili, from the Greek socialist party Pasok, was said to be among those detained. She was suspended from the Socialists and Democrats group in the parliament “with immediate effect, in response to the ongoing investigations,” the EU-level group tweeted late Friday. Kaili was also expelled from the center-left Pasok party in Greece.

The raids triggered a scandal for the Parliament and the Socialists and Democrats group in particular, which has been criticized over its soft stance on Qatar in the run-up to the football World Cup.

The searches were carried out as part of a wider investigation, primarily targeting parliamentary assistants, the Belgian federal prosecutor’s office said in a statement. Belgian outlets Le Soir and Knack reported those detained alongside Kaili included Luca Visentini, secretary general of the International Trade Union Confederation.

Kaili, one of the parliament’s 14 vice-presidents, recently called Qatar a “frontrunner in labor rights” after meeting with the country’s labor minister, despite deep international concerns about conditions for stadium construction workers. She did not immediately reply to requests for comment Friday evening.

The Gulf state has been the subject of recent controversy as the host of the ongoing 2022 World Cup, during which it has been criticized for its regressive policies toward LGBTQ+ rights and migrant workers.

Qatar is accused of targeting officials “with a significant political and/or strategic position” at the Parliament, sending them “substantial amounts of money” and “important gifts,” according to the prosecutor’s statement.

Qatar is a massive liquefied natural gas producer and Western politicians have been trying to keep the country sweet as they try to find alternative sources of energy amid Russia’s war on Ukraine.

Belgian investigators are looking into whether Qatar sought to influence positions in the Parliament in ways that “go beyond classic lobbying,” according to Knack. The police seized “roughly €600,000 in cash,” cellphones and computer equipment in the raids.

In a statement, the S&D Group said it was “appalled by the allegations of corruption in the European institutions” and would “fully cooperate with all investigating authorities.”

The statement added, “Given the seriousness of the allegations, until the competent authorities provide relevant information and clarification, we are requesting the suspension of work on any files and plenary votes regarding the Gulf States, particularly visa liberalisation and planned visits.”

Also sealed is the office of an assistant to Belgian S&D MEP Marie Arena. Arena, who chairs the Parliament’s subcommittee on human rights, said that she herself has not been questioned by the police.

Reached by phone late Friday, Arena said the aide facing scrutiny used to work for an NGO called Fight Impunity. “I understand nothing about the situation,” said Arena. “If Qatar is doing so, I know that others are doing exactly the same,” Arena said. “And so we have to really prevent this kind of capacity to influence.”

The Qatari government did not have an immediate response to a request for comment when contacted by POLITICO.