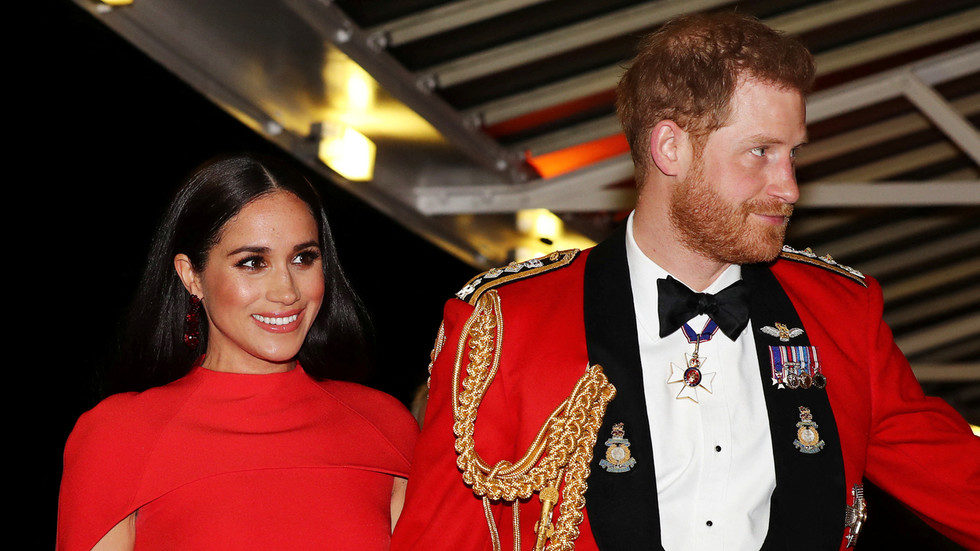 Prince Harry and the Duchess of Sussex, Meghan Markle, reportedly turned down the title ‘Earl of Dumbarton’ for their son Archie over fears that he would be mocked for having the word ‘dumb’ in his name.

The Telegraph cited multiple unnamed sources on Wednesday who claimed that the couple did not want their son to use the title – which is currently being held by Prince Harry – for fear of him being bullied.

One of the sources told the newspaper that the Duke and Duchess of Sussex “didn’t like the idea of Archie being called the Earl of Dumbarton because it began with the word ‘dumb’” and “they were worried about how that might look,” while another claimed that it “wasn’t just Meghan” who was concerned about the title, but also Harry.

The report blew up on social media, with many users calling the couple’s alleged decision “disrespectful” to the people of Dumbarton.

“Harry and Meghan just straight up roasted the 20,000 people that live in Dumbarton,” claimed one user, while Dumbarton resident Jonathan Rainey called the couple “a complete embarrassment.”

Another person, who claimed to be “born and raised in Dumbarton,” pointed out that the area voted overwhelmingly for Scottish independence and that most people there “couldn’t care less about the landed gentry and cannot relate to them.”

“They mean nothing to us, title or no title,” the Scot continued, adding, “That said Dumbarton’s etymology is from the term ‘fortress of the Britons’ so it would actually have been quite a ‘patriotic’ wee title for the wee man.”

Others jokingly questioned why the couple were happy with the titles of Duke and Duchess of Sussex, which have ‘sex’ in the name, and recommended the bogus title “Count of Scunthorpe” instead.

Some people disputed the accuracy of the article by noting that Prince Harry is the current holder of the Earl title, though royal experts explained that such a secondary title could be passed from Harry on to his son.

Archie Harrison Mountbatten-Windsor is seventh in the line of succession to the throne.