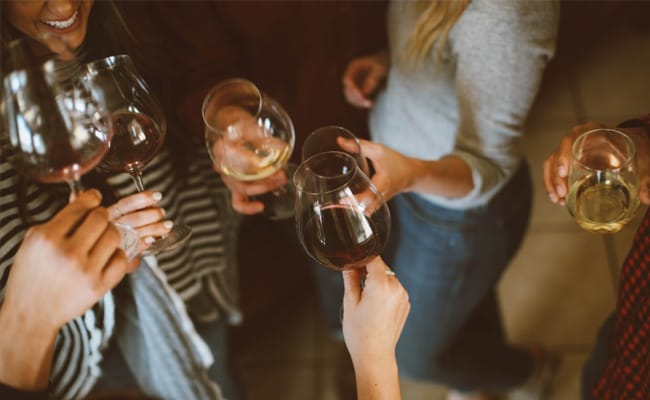 The leader claimed his statement was based on a doctor's experience who cured a third of his male alcoholic patients but failed to cure a woman.
Jaroslaw Kaczynski, the leader of Poland's ruling party, has sparked outrage after he attributed the country's low birthrate to ''young women drinking as much as men do.'' The 73-year-old year politician, the leader of Poland's Law and Justice party, made these controversial remarks on Saturday. Interestingly, he is not married and has no children.

"If, for example, the situation remains such that, until the age of 25, girls, young women, drink the same amount as their peers, there will be no children," Mr Kaczynski was quoted as saying by The Guardian. He also claimed that for an average man to become an alcoholic, he would have to "drink excessively for 20 years" but "a woman only two".

He added that he was not in favour of women having children at a young age because "a woman has to mature into a mother". "But, if she hits the bottle until the age of 25 - I'm joking a bit here - then it doesn't bode well for the birthrate," he said.

The leader claimed his statement was based on a doctor's experience who cured a third of his male alcoholic patients but failed to cure a woman. These remarks have drawn widespread criticism from opposition politicians, and activists who called Mr Kaczynski "out of touch" and said his comments were "insulting to women".

Miffed with his remarks, a women's rights group in Poland urged people to demonstrate and condemn his ''patriarchal'' comments. The group urged people to protest in front of Mr Kaczynski's Warsaw home on November 28, the 104th anniversary of women gaining the right to vote in Poland.

"The cretinous words of an old geezer about Polish women that women do not give birth to children because they drink (and not because Poland is hell), this is only a fragment of our reality," the Women's Strike wrote on Monday on Facebook. The group said that there are many reasons for the country's low birthrate, including its de facto prohibition of abortion, lack of access to sexual education and in vitro procedures, inflation, and housing shortage.
#Facebook