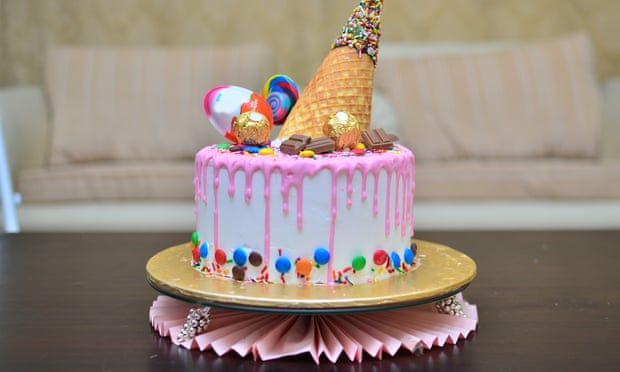 Investigators have determined trip to Saskatchewan town was ‘not an emergency’
A man’s cravings for a sweet treat have landed him in the hotseat with the police after he landed his helicopter in the centre of a small Canadian town to buy an ice-cream cake.

Residents in the town of Tisdale, Saskatchewan (population 3,000) watched in astonishment on 31 July as a bright red helicopter descended on the parking lot near the town’s only Dairy Queen, blowing up clouds of dust and debris as it touched down.

Initially, some residents thought the chopper – painted the same colour as the province’s air ambulances – was on the scene for a medical emergency.

But when the town’s mayor saw the passenger leave the restaurant with an ice cream cake, he realized the aircraft had a different mission.

“Well, I thought somebody must be hungry,” Mayor Al Jellicoe told CBC News. “Initially, I thought that’s probably not the right thing to do.”

On Wednesday, they said investigators had determined the journey to Dairy Queen was “not an emergency” and had charged the 34-year-old pilot, who has not been named.

The man, from the town of Leroy, had a license to operate the helicopter, but parked it in an illegal spot.

He faces one count of dangerous operation of an aircraft and is scheduled to appear in court on 7 September in the city of Melfort.