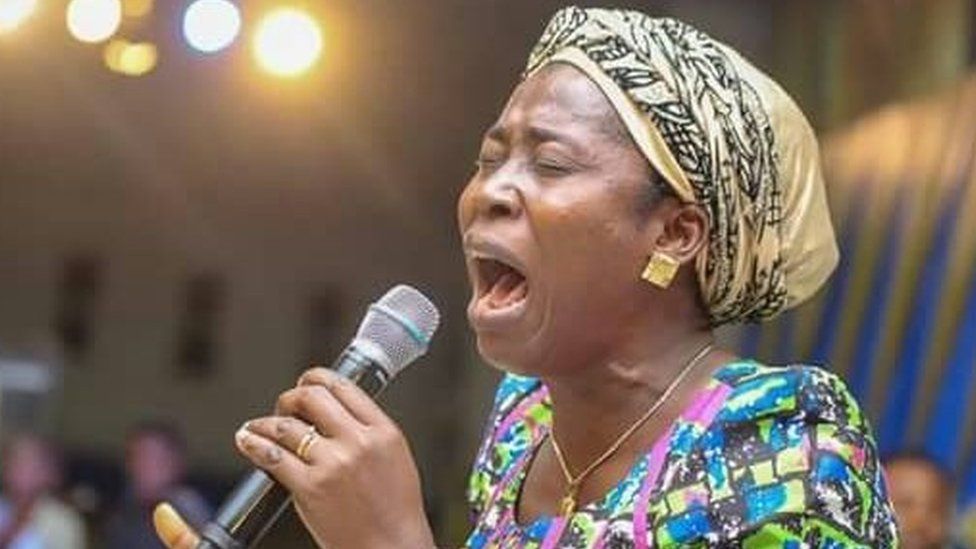 Police have arrested the husband of a top Nigerian gospel singing star, Osinachi Nwachukwu, after she died on Friday in an Abuja hospital. Peter Nwachukwu is in police custody after his wife Osinachi Nwachukwu died on Friday in Abuja.
Initial reports said the 42-year old had been sick with throat cancer, but her family deny that, alleging she had been a victim of domestic abuse.

Her husband Peter Nwachukwu has not yet commented.

A police spokesperson said an investigation was underway to determine the cause of her death.

Osinachi Nwachukwu was one of Nigeria's most popular gospel artists, with her voice described as "angelic".

She featured on the 2017 hit gospel song Ekwueme, which has 71 million YouTube views.

Many Nigerians, especially Christians, have reacted with sorrow and anger to the news of her death.

Some have gone online to urge religious leaders not to advise church members to stay in abusive relationships. Domestic violence has also been trending on social media.

The popular church that previously employed Nwachukwu as lead singer, Dunamis International Gospel Centre, has not yet commented on her death, but says it will soon.

The church shared a short video with the BBC that said it taught its congregation that it is better to be single and alive than to die in an abusive marriage.