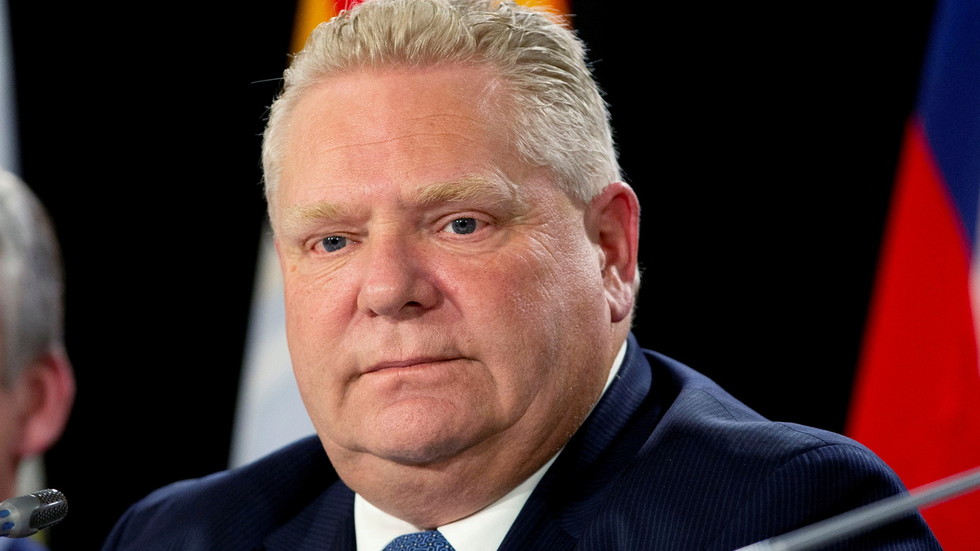 Ontario’s Premier Doug Ford has refused to apologize amid backlash over “demeaning” and “racist” comments about immigrants, having told Canada’s newcomers “go somewhere else” if they plan to “collect the dole and sit around.”

The premier made the controversial remarks during a press conference on Monday, where he spoke about the “desperate” labor shortages faced by the province and stressed that his government was supportive of “hard-working people.”

Lamenting that there are not enough skilled trades workers to fill vacancies in infrastructure projects, Ford said he had only “one criteria” for immigrants: They should come and “work your tail off” like “every other new Canadian has.”

"If you think you’re coming to collect the dole and sit around – not going to happen, go somewhere else. You want to work? Come here. We have so much work, we can’t keep up with it right now."

Ford had pegged the manpower shortfall at a “couple 100,000 people” and said his government was “pouring $144 billion into infrastructure works” and “aggressively” reaching out to Prime Minister Justin Trudeau’s federal government regarding the issue.

“We need people. I don’t care where they come from around the world,” he said again later. “If you’re willing to come and work and pay your taxes and give back to the community, we want you.”

The comments sparked instant backlash, with the province’s opposition parties calling for an apology. Andrea Horwath, leader of the opposition in Ontario from the New Democratic Party, accused Ford of choosing to “traffic in demeaning stereotypes about new Ontarians looking to build a better life for their families.”

During the legislative Question Period on Tuesday, Ford refused to apologize, saying that he is “pro-immigration” and that his point was that more immigration was needed.

The majority of social media users went further than Horwath, accusing Ford of “racism,” with several commenters describing his words as a “dog whistle” to the “far right elements” in his voter base. Some people even called for his resignation while others called for him to be “voted out” in the provincial election scheduled to be held in 2022.

Some defended the premier as having said “nothing wrong” and suggested the issue was “blown out of proportion.”

One said taxpayer money was not meant to sustain people on welfare if they were not actively “looking for a job or contributing to society.”